5 Strong and Influential Women in Brampton

On International Day of the Girl, it's important to reflect on two things:

Firstly, how many females still need help and support worldwide to grow and thrive in their communities and secondly, how many incredible women have already made a lasting impact on the world around them.

Brampton, fortunately, is a great city for females. Some profoundly gifted and talented women have gone on to make their mark in music, film, politics and literature. Whether it's drawing the world into an uncomfortable conversation about biological truths, leading a complicated city, representing people or making waves in the music world, so many women in the city are making us proud every day.

Here are 5 strong women in Brampton.

Trey Anthony, the acclaimed comedian and playwright behind the popular television and theatrical production 'da Kink in my Hair, spent her high school years at Notre Dame Secondary School in Brampton and still visits the school regularly. She's been referred to as the Oprah of the Canadian theatre scene and volunteers with youth groups. She also founded The Trey [email protected] Centre in Toronto, a woman-focused, creative wellness facility, in 2009.

In a city as diverse as Brampton, varied representation is important. For that reason, Brampton is pretty excited to have helped shape the career of actress Kiran Rai, a woman who plays the titular character in her YouTube series Anarkali.

The series is centered on a young South Asian woman attempting to date in a world where she has to consider two different sets of cultural expectations.

“We don’t get to see what it’s like to be dating on-screen in the diaspora,” Rai told CBC’s Our Toronto. “So I think for me, Anarkali is basically everyone I know, it’s their story. Everyone’s been Anarkali at one point in their life, and I think that’s why everyone relates to her.”

Beyond the YouTube series, Rai has worked to carve out an incredible niche for herself, generating a vast social media following (she boasts over 50,000 followers on Instagram) and producing a ton of popular—and funny—YouTube videos.

It’s always a great feeling when local entrepreneurs are recognized for their hard work and dedication to their craft. Especially when their innovations are unique and the first of their kind.

Chantal Carter Taylor was recently featured on hit TV show Dragon’s Den, in which she successfully made a deal for her one-of-a-kind business Love & Nudes, which is the first company in Canada to launch a line of intimates for women of colour to compliment their unique skin tone. Love & Nudes launched in 2017.

Also produced in a woman-led facility, Taylor's initial offer for $25,000 in return for a 25 per cent stake in the business, was transformed into a deal for $40,000 for a 40 per cent stake by the episode's end, with Dragon's Manjit Minhas, Michele Romanow, and Lane Merrifield coming on board.

She definitely has trailblazed a path for Brampton business women, and entrepreneurs in general, to think outside the box in improving products for people’s uniqueness. 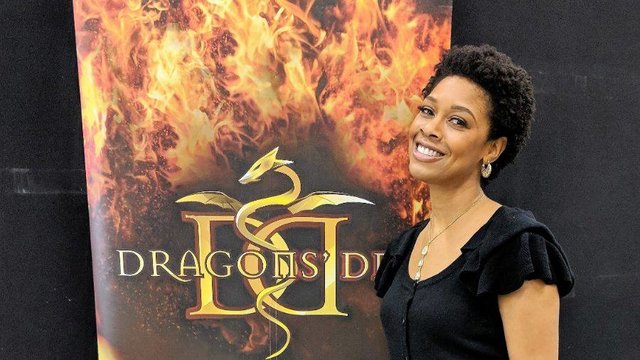 After generating intense love for her breakout single “Here” in 2015, the Brampton-based pop star took the world by storm. The song sampled some classic Isaac Hayes, and was a destined hit due to its catchy melodies and deep lyrics. Since then, she’s toured with big-name bands, performed on Saturday Night Live and earned a slew of prestigious Juno nominations.

After Here, she went from selling out shows at Toronto’s Danforth Music Hall to opening for Coldplay over the summer and hitting Gold with her debut "Know-It-All."

Cara has since been recognized big time far beyond Brampton! Cara has won a Juno award, two MMVAs, and even an exciting Grammy award, which she scored this year.

Alessia Cara definitely makes her mark wherever she goes and we can't wait to see how her career progresses.

Rupi Kaur, Brampton-raised poet and artist known for penning Milk and Honey and now the Sun and Her Flowers, has been drawing since the age of five and writing and performing since her teen years. The artist caused a considerable—but ultimately thought-provoking—stir when an Instagram photo of her sleeping with a menstrual bloodstain on her pajamas went viral in 2015.

The incident prompted discussions about feminism and biology, with Kaur openly asking women why they hide their tampons and whisper the word "period" while hurling sexist insults at one another openly.

Love or hate the photo, it did generate incredible discussion and solidify Kaur as an artist who is unafraid to broach tough topics.

Top 5 Butter Chicken in Brampton
5 Hotspots outside of Brampton for a Family...
Top 5 Buffets in Brampton
Top 5 Places to Get a Snack in Brampton
5 Things to Do on Family Day in Brampton
END_OF_DOCUMENT_TOKEN_TO_BE_REPLACED