A Major Mobility Development Is Underway In Brampton

At the current moment, Bramalea GO acts as a point of mobility for service users along the Kitchener GO line, but that may soon transform into something greater.

According to recent planning and development committee documents, there are city and provincial plans in place to rework Bramalea GO, as part of the Brampton 2040 Planning Visionm, and the surrounding areas into a major mobility hub for the future.

Policy and talks of development can be traced back to the year 2000, although the current plan was adopted by the City of Brampton council in 2006.

For immediate location, plans for the mobility hub designate it to be built centred around Bramalea and Steeles. 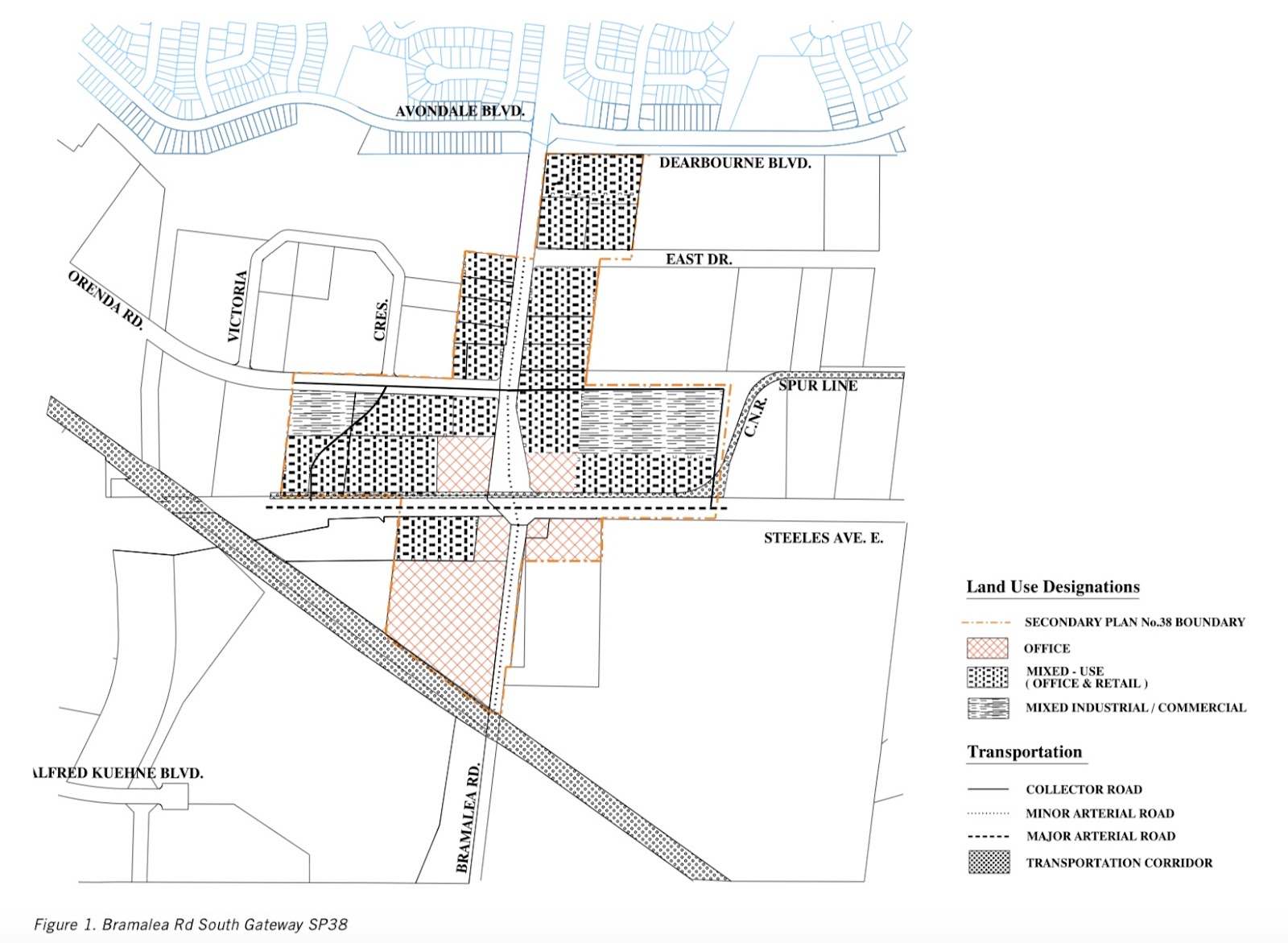 In order to be considered a true mobility hub, however, the committee documents outline preliminary factors that must be accomplished, such as retrofiting existing roadways to improve the accomodation of pedestrians and transit, developing interconnecting streets and blocks systems, and creating a network of a complete street designed to accomodate people.

The mobility hub is not be seen as a completely new space alone, but rather, as a a Town Centre that characterizes the Brampton's physical structure.

The hub is also described as an "intense concentrations of employment, living and shopping which are focused around the intersection of two or more regional rapid transit lines, which allude to the ZUM bus rapid transit and Kitchener GO Rail Line respectively."

Being placed in a high-density area means that the city aims to have the hub also act as a space which will boost population and employment, provide high quality public open spaces, and provide a diverse mix of land uses, such as residential and employment uses.

"The Bramalea Road South Gateway Redevelopment Area Secondary Plan envisions the study area to become a mixed-use centre that will function as an urban gateway, and create a distinct identity and role within the City of Brampton and the larger Region of Peel," said the report.

"The Secondary Plan aims to minimize the impact on industrial operations within the Bramalea Business Park,while providing the opportunity for the redevelopment of higher order office and retail uses in highly visible and accessible locations abutting Bramalea Road and Steeles Avenue."

Documents also envision the hub through a Proof of Concept study, where the Town Centre aspect of the mobility hub is clearly illustrated to showcase the specifics of what the hub and the surrounding areas will be transformed into. 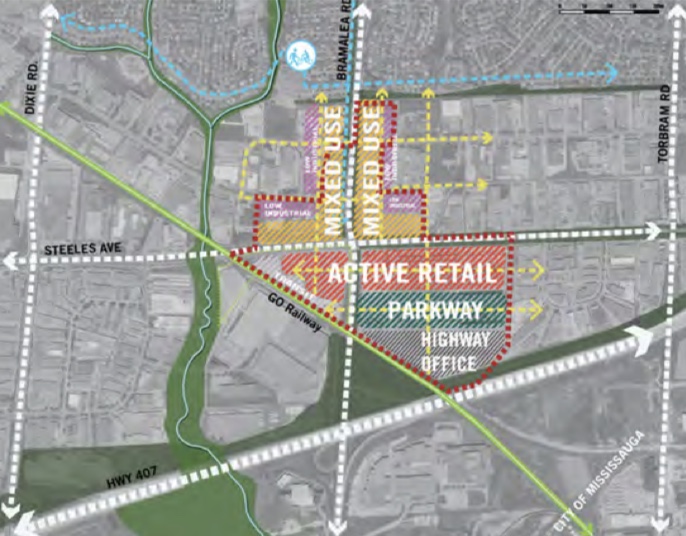 Even though practical development won't likely begin in the immediate future, there are specific trends that must also be considered and planned around accordingly.

These include residential, office, retail, and industrial. The reasons vary for each trend, and all are important to the holistic construction of this project.

Of course, transportation will also be playing a huge factor of the new hub.

As part of the GO expansion program currently underway, the station is planned to be served by electrified, bi-directional, all-day service with trains arriving every 15-minutes or better by 2024.

The station is also planned to be a transition point between local and express services, with increased service levels  and network importance.

Home ridership from the station is also expected to grow to as high as 8,000 daily riders by 2031, and is also anticipated to become a busy destination as well as origin, accommodating up to 2,000 daily riders.

For a complete list of details on what this expansive development will include, as well as estimated dates of completion, click here.

Do these recent plans for development excite you, Brampton?