A New Neighbourhood Could Be Coming to Brampton

Brampton is one of the fastest growing cities in Canada, and the reality is the city needs to build smarter if they want to become a sustainable community in the long run, as per the vision outlined in the grand Vision 2040 document.

Most attention has been paid to Brampton's downtown, Bramalea and an emerging 'uptown' in Brampton near Hurontario and Steeles. But there is another part of Brampton rarely talked about, the eastern end, which could be seeing some changes down the road.

On the January 28 planning committee, Brampton councillors will see a proposal to redevelop the northeast corner of the city for residential development. It is known as the Toronto Gore Density Policy Review.

The name comes from the former Toronto Gore Township which consisted of land in both Brampton and Mississauga; by 1974 the township was abolished when the two cities were created, though the name lives on in names such as The Gore Road, Goreway Drive and Gore Meadows Community Centre.

As shown on the map below, the city is examining the area bordered by Countryside Drive, The Gore Road, Castlemore Road and Goreway Drive. 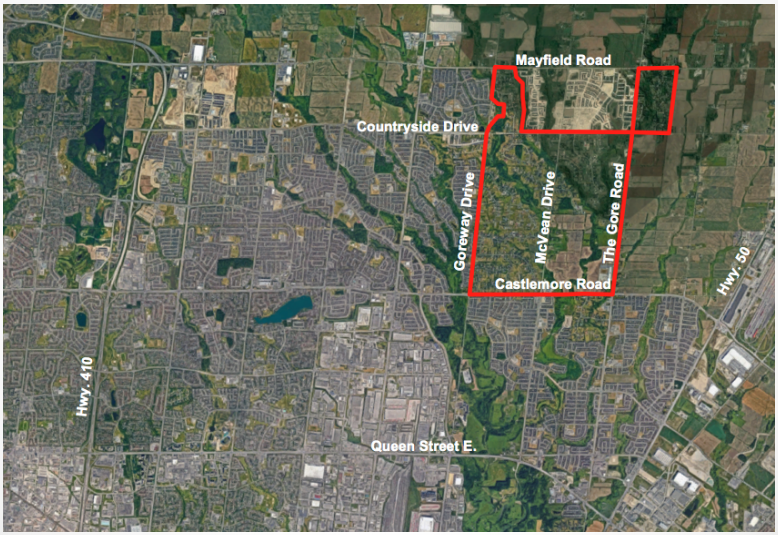 Within that area, the city is only looking at the currently undeveloped land near Gore Meadows Community Centre and the adjacent park. 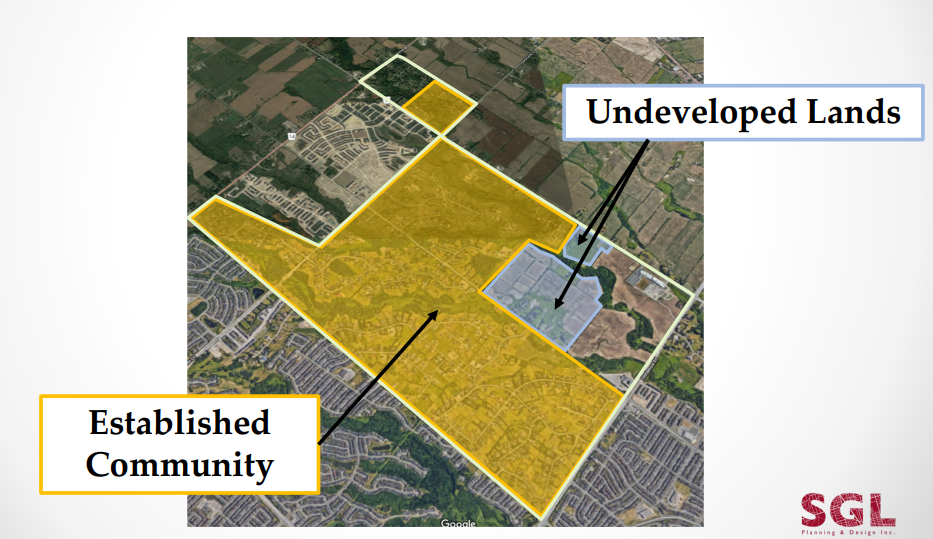 Brampton is looking at reviewing the use of this area, since Vision 2040 called for a type of secondary town centre near Gore Meadows, known as Bram East.

The area is currently zoned as "Estate Residential" which has 138 residential lots that the city believes could accommodate housing demands in that area for the next 35 years.

However, the city also notes the demand increasing for this type of housing from 2000 to 2015, as the number of permits being issued is more than the number of units identified in the city's official plan. The neighbourhood adjacent to the study area is filled with single detached 'mansions' on their own plots of land.

Therefore, the city's recommendation is to rezone the land to allow for more higher density urban housing. As for what specifically the type of community Brampton is looking at to create, there are two options on the table: 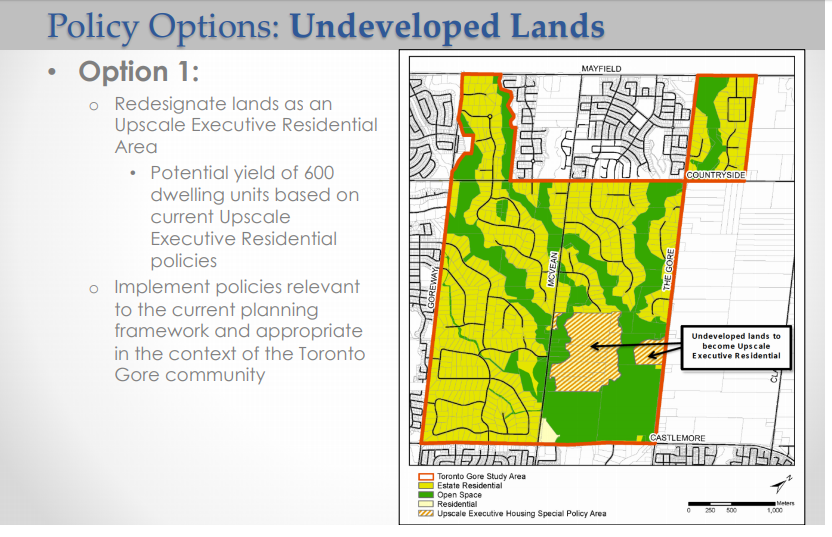 The first option would redesignate all the land as an upscale executive residential area, which would yield about 600 residential units. 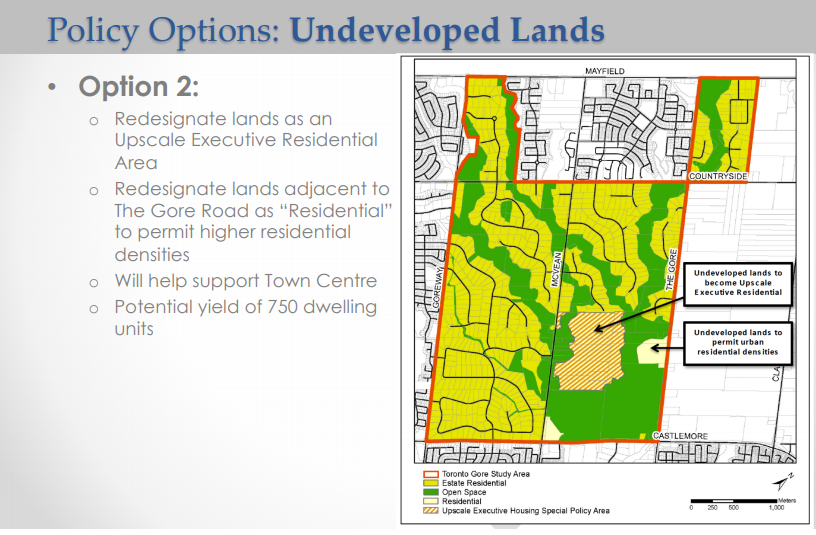 The second option would see the larger plot of land be designed for upscale executive residential, but a smaller plot on The Gore Road as 'residential' in order to allow higher  density units. That would result in about 750 units.

Other considerations include need for future roads, water and wastewater management systems.

The next steps would involve public consultations, specific policies and a final report before the statutory public meeting before Brampton City Council some time later in 2019.

Would you like to see some changes in the neighbourhood?