A New Sandwich Place is Coming to Bramalea City Centre

If you're a fan of delicious, mouth watering sandwiches, there's some good news for Brampton.

The South End Food Court of Bramalea City Centre is seeing a number of new openings on the way. A Kin Kin Bubble Tea joint is slated to open, and now another big brand name is getting ready to set up shop as well.

Charleys Philly Steaks is an American restaurant chain that started up in 1986. Headquartered in Columbus, Ohio, there are now 600 locations in the United States and Puerto Rico, as well as in 16 other countries. 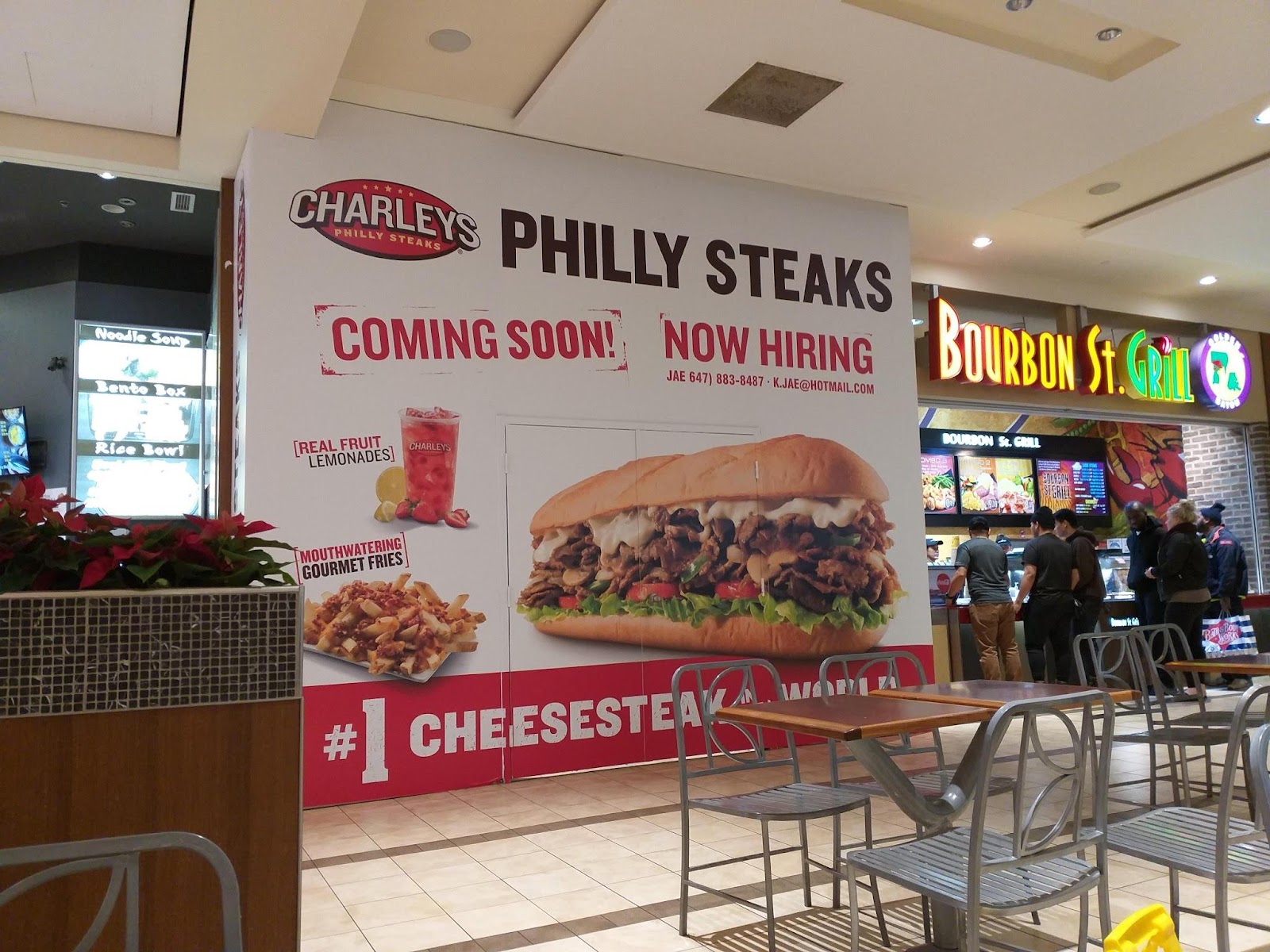 Charleys has two locations in the GTA, in Square One in Mississauga and the Woodbine Centre in Etobicoke, as well as one in St. Catharines.

The menu may have the signature Philly Cheesesteak, but also gourmet fries and refreshing natural lemonades.

It is not the first time that an American sandwich restaurant chain decided to set up shop in Canada's ninth largest city. Firehouse Subs, which has 1,000 locations across North America, are opening a location at Kennedy Road and Steeles Avenue.

For more information on Charleys Philly Steaks, check out their Facebook page.