Amazon HO2 is Not Coming to Brampton After All

After over a year of fanfare and speculation, the decision has been made regarding Amazon’s second headquarters.

It’s not coming to Brampton, Mississauga, Toronto or anywhere else in the GTA.

The global retail giant announced that, after reviewing a shortlist of 20 potential cities that included a bid by the Toronto Region through the investment firm Toronto Global, they have selected New York City and northern Virginia as the site for their ‘HQ2’. 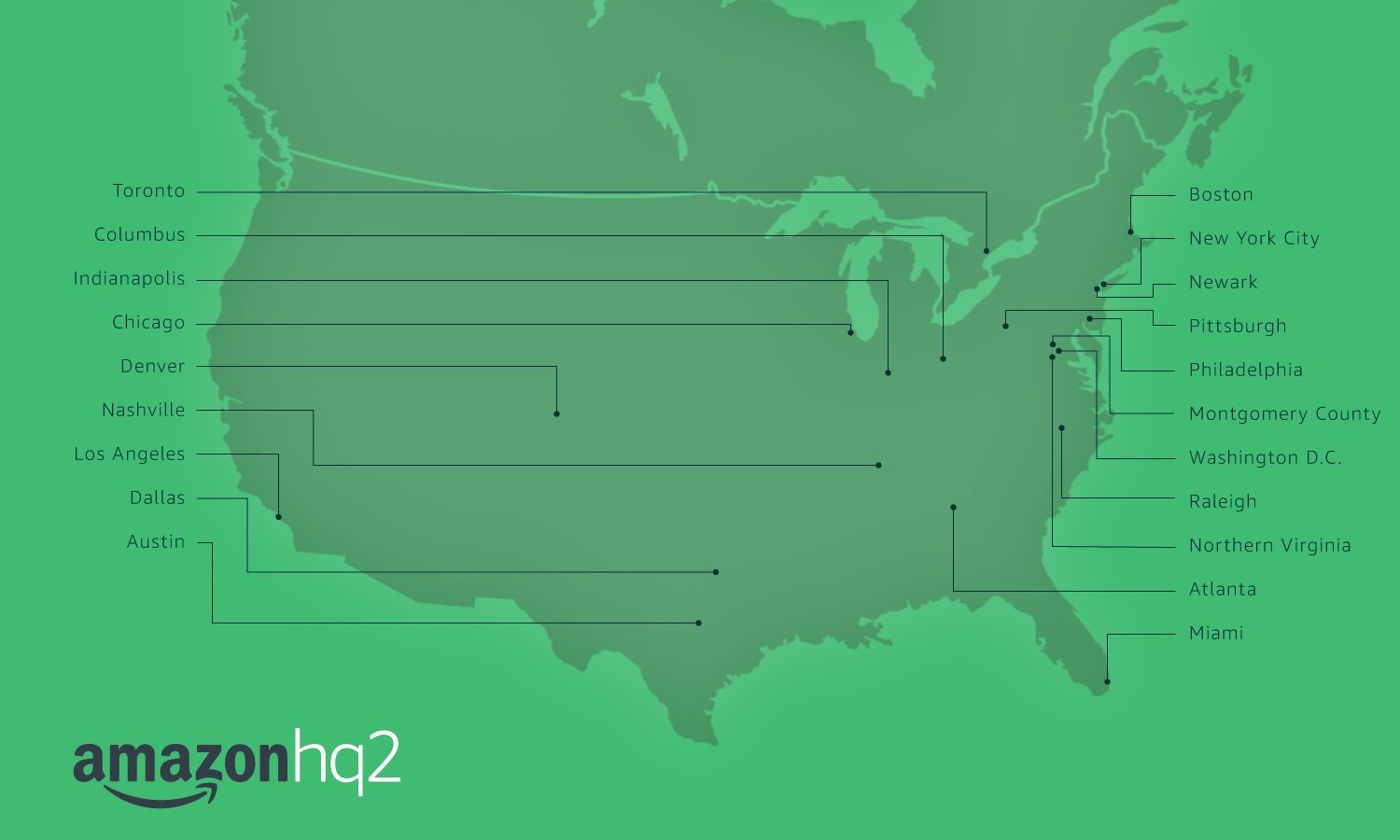 Graphic from Amazon on their HQ2 shortlist

“These two locations will allow us to attract world-class talent that will help us to continue inventing for customers for years to come. The team did a great job selecting these sites, and we look forward to becoming an even bigger part of these communities.”

But although Amazon has decided not to set up their massive second headquarters in Canada, since Toronto was the only Canadian bid amongst the final 20, the fact that this region was on that shortlist has resulted in a ‘windfall of interest and investment,’ according to Toronto Global.

“Since submitting our bid, Toronto Global has added 259 companies to our pipeline, and there has been a 400 per cent increase in traffic to our website, over 22,000 mentions of the Toronto Region on social media and nearly 16,000 mentions in online media publications. The HQ2 process has generated $143 million in Advertising Value Equivalency (AVE) across both social and online media as result of the exposure for the Toronto Region.”

Indeed, the Toronto region’s bid was made available online for full viewing and review by interested parties. So while Amazon decided to go somewhere else, various other companies got a good look at what the GTA has to offer and put money in, such as Microsoft, Uber, Intel and Pinterest.

“This approach resulted in over 17,300 downloads to date, and prompted a wide range of commercial inquiries. Many of the companies our investment attraction team has worked with in recent months have referenced our bid book as a key resource that provided an in-depth overview of the diverse business offering across the region,” says Toronto Global.

As for more local reaction, the City of Brampton had this to say regarding Amazon’s decision:

“This was a clear signal that Brampton, and the rest of the Toronto region, is recognized around the world as an attractive destination for business investment. Brampton is a proven competitor, and will continue to compete on the global stage for jobs and investment.”

“The location presented to Amazon - the CAA lands - remains an integral component to the city’s jobs and investment attraction strategy. The site, referred to as Uptown in Brampton’s 2040 Vision, is a multi-use centrepiece to the future of the city. The site is a key development opportunity that represents more than 110 acres of publicly owned, premium real estate located next to two major highways and minutes away from a major international airport.” 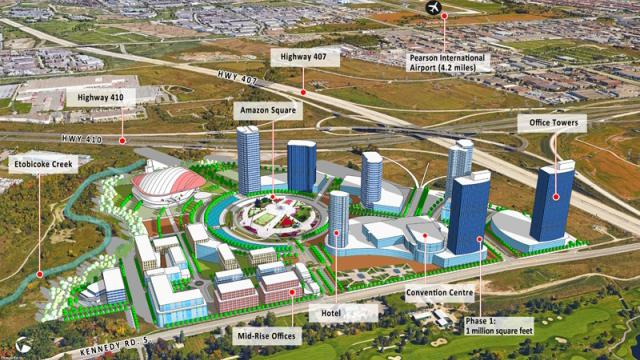 “Since the submission of Brampton’s Amazon HQ2 bid, the city has been working to make the site investment ready, completing essential due diligence baseline studies and exploring development approaches and models. City staff have also been collaborating with various levels of government to explore possibilities for joint investment into the site, including the opportunity to connect the site to the 410 and 407 highways.”

Even if the GTA didn’t get Amazon HQ2, the air of optimism continues to ring in terms of the long term investments into a growing tech sector in the Toronto area. One advantage that gets frequently touted is that Toronto didn’t offer enormous tax breaks or financial incentives to Amazon in exchange for HQ2.

Alexandria Ocasio-Cortez on Amazon coming to New York: "The idea that [Amazon] will receive hundreds of millions of dollars in tax breaks… when our subway is crumbling and our communities need more investment… is extremely concerning to residents here." https://t.co/luhuqDMppm pic.twitter.com/FSGyfuvq3w

Still others would see that Brampton and the GTA perhaps dodged a bullet when it comes to Amazon. The company began as a humble online retailer which has now grown into one of the biggest companies in the world, akin to almost a government in and of itself. The American comedian Hasan Minhaj did a piece about the power of Amazon recently on his new Netflix special, Patriot Act.

The idea of having such a monolithic presence in the local economy would certainly have overshadowed the potential for others to grow as well. Even if Brampton and the GTA didn’t get Amazon, at least people are paying attention to us and that could only be a good thing for the future of the economy down the road.

What do you think of Brampton not getting the Amazon HQ2 bid?