Apu Reportedly Being Removed from The Simpsons

In the vast world of television and entertainment, there are few cartoons more iconic and widely-recognized than the American animated sitcom The Simpsons.

The show, which made its debut in 1989 and is now in its 30th season, has become renowned as one of the most watched and longest running TV programs in existence, and has amassed fans all around the world.

While it’s been pretty widely debated whether or not the newer episodes of The Simpsons stack up in quality against the originals, it’s no surprise that a show running for this long will undergo a lot of drastic changes — and one potential change happening right now is generating a lot of controversy.

According to a recent report from IndieWire, an insider source claims that Simpsons character Apu Nahasapeemapetilon will be dropped from the show, following accusions that he’s a negative depiction of Indian people.

Film and television producer Adi Shankar reportedly told IndieWire that The Simpsons would drop the character altogether, saying “They aren’t going to make a big deal out of it, or anything like that, but they’ll drop him altogether just to avoid the controversy.”

Apu, who first appeared on the show in 1990, runs a convenience store called the Kwik-E-Mart in the fictional town of Springfield, where The Simpsons takes place. While he speaks with a thick accent, he is voiced by white actor Hank Azaria.

Much of the controversy surrounding Apu as a racist stereotype comes following a documentary released in November 2017 titled “The Problem with Apu” from American comedian Hari Kondabolu. 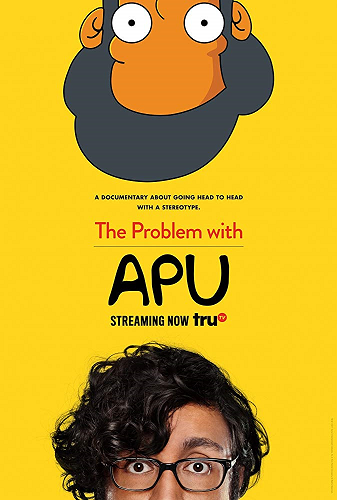 Kondabolu, who was born to parents who immigrated from India and grew up watching The Simpsons, makes the case that Apu portrays Indian people in an unflattering light, and connects Apu’s character with “the larger issue of how Western culture depicts Southeast-Asian communities.”

Despite Kondabolu’s criticisms of the character, he preferred that Apu be written differently rather than be removed from the show altogether, and expressed disappointment at the recent news.

Agreed. There are so many ways to make Apu work without getting rid of him. If true, this sucks. https://t.co/czBDIvaTV0

The idea of Apu being dropped from the show has generated a lot of discussion from fans, both in agreement and disagreement, as well as alternate suggestions of how the show writers could’ve handled Apu.

What are your thoughts? Does Apu deserve to be removed or would you like to see more of him in the future?