It appears a number of Brampton-based businesses had previously provided financial support for a rather controversial website.

Nothing wrong with doing so (after all this is a free country and political activism should be encouraged) as they 'proudly' declared themselves as a group "standing up for working Ontarians." The Ontario Liberals' 15 year run in government ended with their defeat on June 7, ushering in a majority government for the Doug Ford Progressive Conservatives.

Here's a sample of their content on social media, such as this one about Prime Minister Justin Trudeau:

Or this lovely gem: 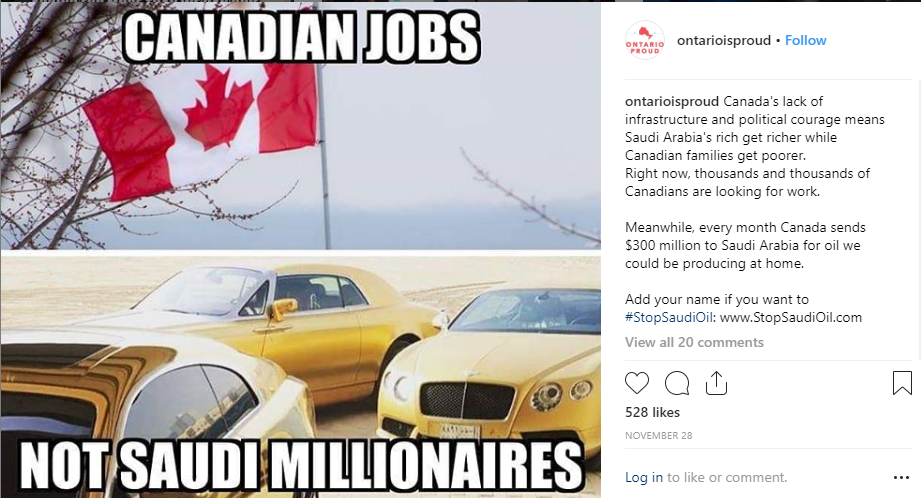 While Ontario Proud has moved on to fry bigger fish such as Trudeau, there are recent revelations with regards to their finances that show a rather striking contradiction to their assertion that they represent regular Ontarians.

According to Ontario Proud's own financial statement, which they filed to Elections Ontario as a Third Party advertiser, under the list of contributors who donated more than $100 there were several companies listed who are from Brampton, such as:

These three fall under the umbrella of Giampaolo Group of Companies, which means a total of $30,000 came from essentially the same source. The bulk of the other corporate donors over $10,000 came from either Toronto or Woodbridge.

Something else also in common with a number of the donors: they all come from the real estate or development sector, such as Mattamy Homes, Nashville Developments, Lakeview Homes and Solmar. In fact one of them, Denford Estates, was fined $56,250 for illegal building in 2014.

Considering that Doug Ford's latest actions on repealing the Green Energy Act and putting in 'business friendly' zoning to allow more commercial development and Ontario Proud being instrumental in getting Ford elected, isn't it a bit of a convenience that much of Ontario Proud's donations came from the development industry?

Since reformed campaign financing laws forbids corporate and union donations to political parties, this shows an apparent loophole for developers looking to park their money through another channel in other to get their preferred candidate elected.

With a federal election coming next year, is this the way money should be influencing our politics in the future?