Digital payments on the rise during pandemic: survey
Ontario strip clubs, worker advocates say provincial shutdown is unfair
Here's how Brampton residents can learn more about the Shoppers World redevelopment
Get a delicious Thanksgiving meal delivered to your door from The Food District at Square One
CRTC’s undercover shoppers find fault with 1-in-5 interactions with wireless sellers

It looks like a little bit of Donald Trump has seeped into municipal politics in Brampton.

Brampton Wards 7 and 8 city councillor Charmaine Williams, an ardent opponent of retail cannabis stores setting up shop in the city, has taken the dramatic step of calling for the "building of a political wall" around the GTA to protect neighbourhoods from what she calls "the invasion of cannabis stores" that is coming.

"Last week we learned that 17,000 retail cannabis companies applied to be in the lottery held by the Alcohol and Gaming Commission. This is proof positive that Brampton and other cities are facing an invasion of cannabis stores once the province opens the floodgates and lifts the quota," Williams said in her office in front of a makeshift "wall" of bricks with the names of Brampton and various cities and towns written on a number of them.

“You can call it what you want, but I do call it an invasion.” 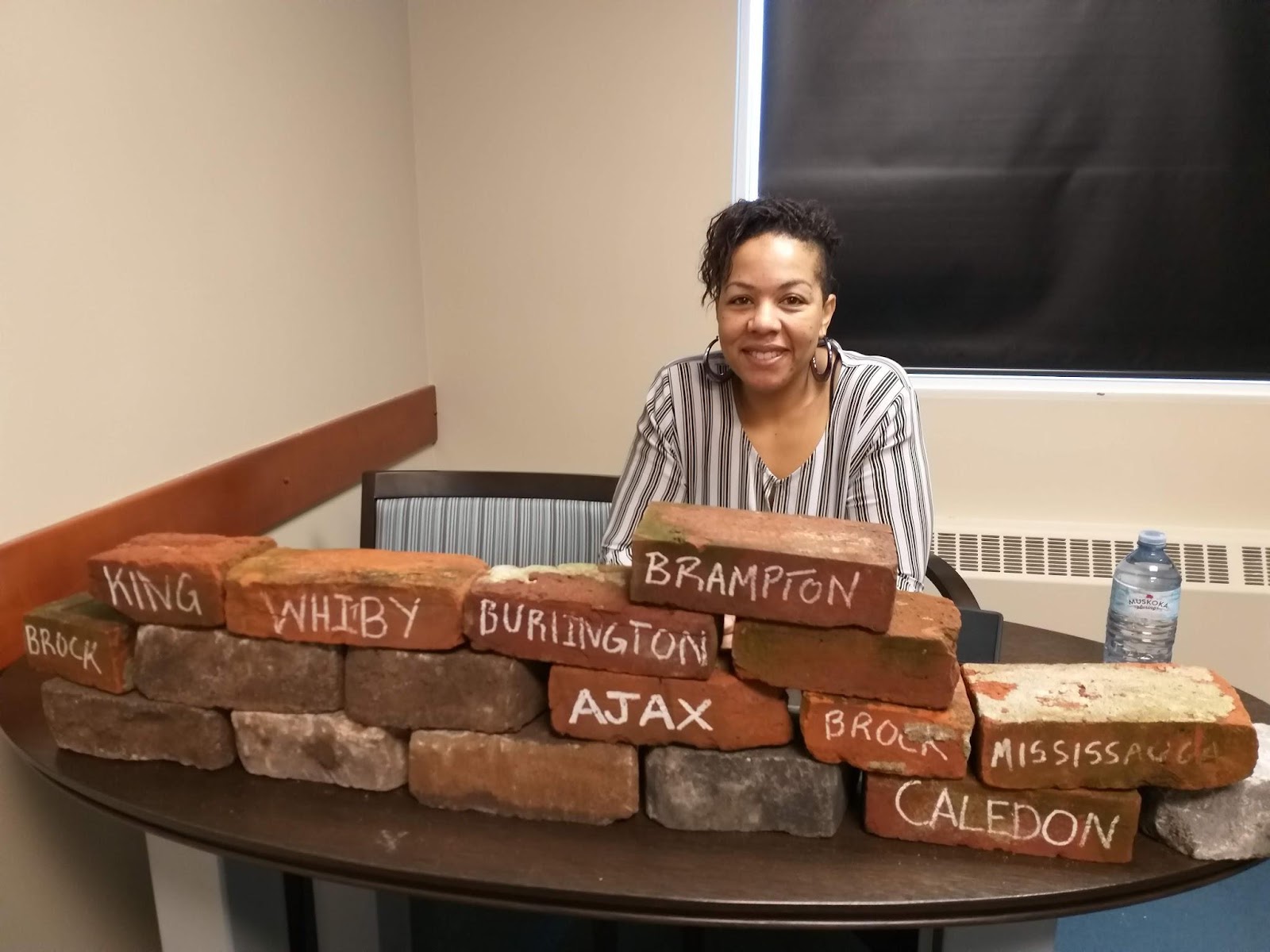 The provincial government has allocated only 25 cannabis stores to be opened across Ontario, with six being in the Greater Toronto Area.

Williams said she has reached out to a number of councillors from other municipalities to get support for her campaign to "put a wall" up around the region to block stores from coming, but so far she has not received responses from any other municipal politician.

The councillor previously launched a campaign called Not in My Hood to call for opting out of the cannabis store regime. She said the process has been too rushed and not enough information was given.

Williams said another concern is what happens after the 25, when the province decides to increase the quota, hence the 17,000 potential licensees. Recently, a Brampton business owner won a license to set up a cannabis shop, although that is contingent on whether the city opts in or out at the January 21 special council meeting.

As for Williams' own colleagues at Brampton City Council, she herself said she felt most of them are leaning towards opting in. At least one of them was very vocal that Williams was speaking on behalf of herself and no one else.

"Unfortunately one of the members of Council has taken their own approach and messaging contrary to what we as a Council decided. I personally do not condone the messaging around "building a wall" which is similar to the tactics of Trump," said Councillor Rowena Santos in a statement to inbrampton.com.

"Other elected officials in the GTA I imagine would not want to be associated with this messaging either. This type of messaging has been known to create further division. While the Councillor in question might have used these terms in a symbolic form, the fact is that she used physical bricks at her press conference. This does not demonstrate the opportunity of a fair and open dialogue, and the value of inclusivity of our city."

Councillor Martin Medeiros said while he respects Williams’ position, he too was disappointed of the wall analogy.

“I respect Councillor Williams public position for Brampton to opt out of allowing cannabis retail stores however I am surprised and disappointed that any politician in Canada, much more a colleague, would use rhetoric and language evoking a wall of any sort. I recognize her passion for the issue and commend her for standing up for what she believes in but I believe it was a poor way of getting her message across by evoking fear and targeting those who choose to partake in a legal activity by selling or consuming so deemed by the government of the day.”

Councillor Paul Vicente said to inbrampton.com "this is an important issue for many people and I would encourage those residents to delegate to Council at the Special Meeting on January 21st. and have their say." As of this time, residents can still go online and register as speakers for or against cannabis in Brampton during this special meeting.

When asked about the economic benefits for the city in terms of obtaining tax revenue for services and infrastructure, Williams said cities also need plans to build infrastructure. "Right now, it's the province making those plans for us on cannabis and I don't feel comfortable with the blood money placed in front of us", saying they hold all the cards when it comes to the quota of stores allowed.

So with less than a week to go before the big deadline to opt out, it remains to be seen if any other municipalities outside of Brampton, or a few within, will take up Williams' offer to 'build a wall' in order to keep cannabis stores from 'invading' communities.

Do you think Brampton and other cities should "build a political wall" to keep cannabis out?