A Brampton man is currently enjoying a serious windfall.

“I usually play lottery games like Lottario and Lotto Max,” Taylor told OLG while at the OLG Prize Centre. “I decided to play Instant Big Money Game Book since it is a new Instant game.” 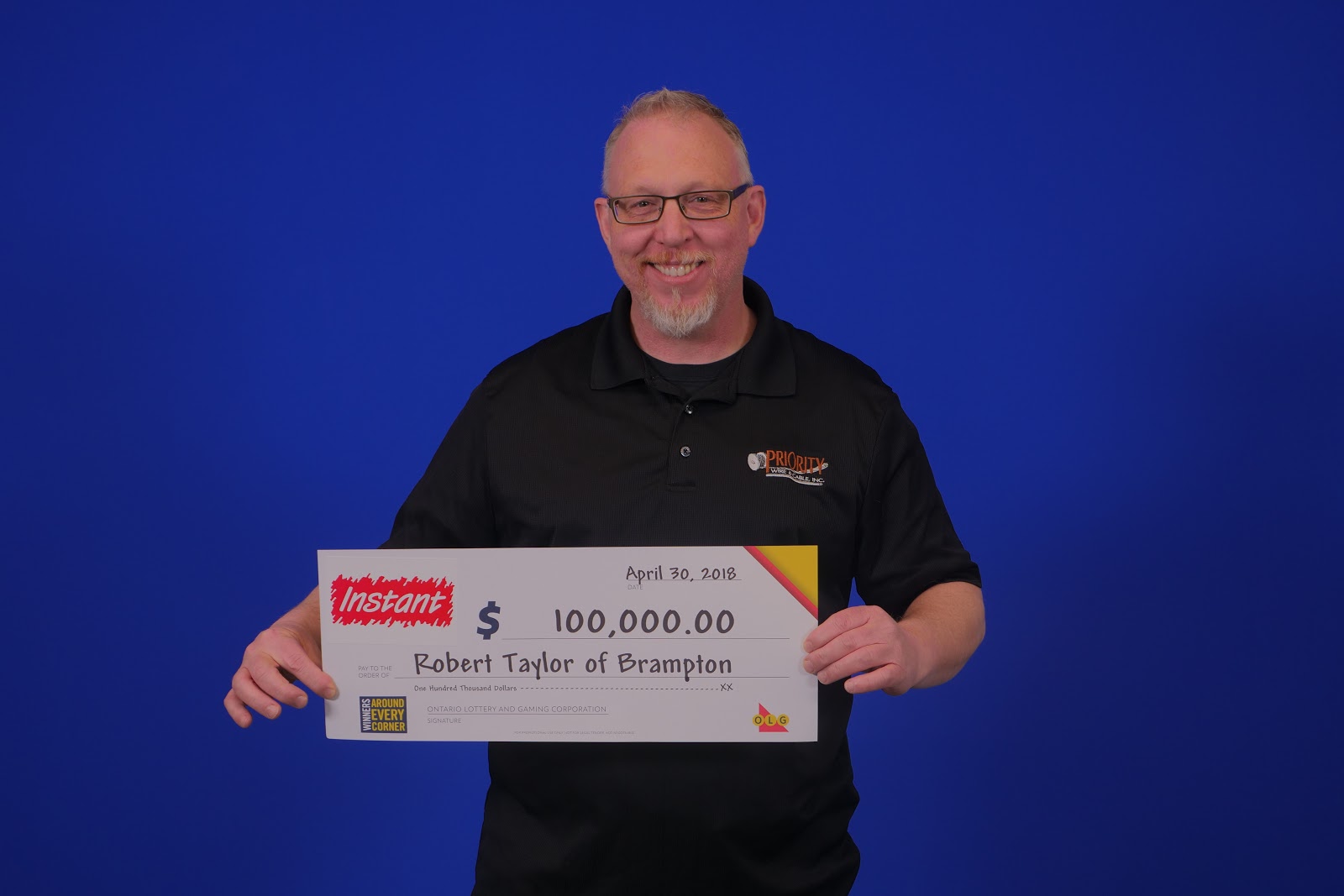 Taylor, a warehouse manager, played his ticket at home shortly after purchasing it.

“I checked the ticket three times before running upstairs to tell my wife that we won,” he told OLG. “I asked her to check the ticket and tell me if we really won $100,000, and she confirmed I was right!”

Taylor, 54, and his wife of 33 years plan on putting their windfall towards a trip to Ireland and home renovations.

“The pressure is gone because we were going to prepare our house to sell it and now we can get it done and get on with the rest of our lives,” Robert concluded.

The winning ticket was purchased at Lormel Convenience Store on Lormel Gate in Brampton.