Brampton park renamed in honour of abolition of slavery
Prepare for wave of evictions as rent comes due, Ontario NDP warns
Ontario Ministry of Education cuts ties with WE, says will investigate contracts
Police searching for missing 32-year-old man from Brampton
A Big lottery ticket win sold in Brampton

Aside from Patrick Brown’s shocking upset win as mayor, the other development that came out from Brampton’s municipal election was the election of four new councillors from diverse backgrounds to office.

Some of these new councillors came from communities that never had or rarely had representation around the council table before, which in itself is shocking considering that  Brampton has an over 70 per cent visible minority population.

One of those newly elected councillors is Charmaine Williams from Wards 7 and 8. Her election got a lot of attention as she became the first black woman elected to Brampton City Council. 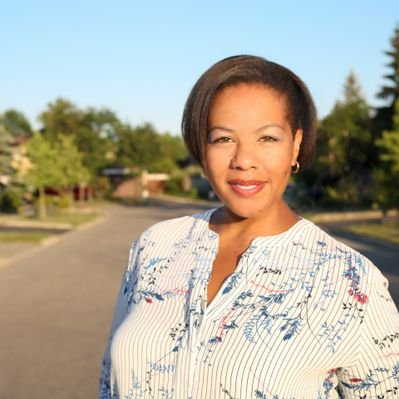 Williams recently sat down with inbrampton.com to talk about her life and what she hopes to accomplish while in office.

The following is a condensed conversation with the councillor-elect in her own words, unless otherwise specified.

Who is Charmaine Williams?

I grew up in Bramalea, married with five kids. My parents emigrated from England in 1980, and I've been in the Bramalea community for over 30 years. My home church is St. Joseph of Nazareth Anglican Church on Balmoral Drive.

For the last 20 years, I've worked in the mental health sector, specifically in multisystemic therapy. I started my career with the Children's Aid Society in 1999; then I started the Reach Out Centre for Kids, a leading mental health organization in Halton Region.

Why did you decide to run?

I saw how organizations could really thrive when they have strong links to the community, from my background working in mental health organizations. In that role, I really see where the barriers are in Brampton, such as accessibility to recreational services and young people need more ownership of the city.

I see the value of creating a system for services such as recreational activities to encourage people in Brampton to love their city again. If people see us councillors treating each other with more kindness and focusing on getting results, we can show people that being kind to each other works.

Did the 'more diversity needed around council' factor influence your decision to run?

It wasn't a driving reason; I'm a community motivator, community driven person. When I look at gaps in service, I'm not just thinking about my race, I'm thinking how it's affecting everyone. It wasn't until we were campaigning that it really came up.

Side note: Williams is not the first black Canadian elected; former councillor Garnett Manning served on council from 2003 to 2006. Manning ran for mayor in 2010.

We knocked on thousands of door and just had conversations. Because of the gun violence, we talked a lot about the gun buyback; I came up with a petition to get support behind it.

On election night I was still canvassing and encouraging people to get out and vote, making phone calls. When the polls closed at 8 pm, we were watching the results; at first I was third but then as the numbers trickled in and I stayed at first. I was ecstatic when the check next to my name on CP24.

On her proposal for a gun buyback program in Brampton

Guns aren't just tools of gang violence; they have been used during incidents of domestic violence and suicide. When I look at firearms, a good number of them are being stolen during break-ins and home invasions.

You have families with gun collections can't just sell them because they don't have legal license to own them. The (gun buyback) program is an opportunity for people to get guns out of their homes that don't have use for and helps save police resources for more urgent matters.

Williams is proposing $50-$100 per gun. And while the average gun's street prize is upwards of $1,500, she said, "it's an incentive for people anyway, for people with sentimental value. If your gun is sitting at home illegally, you're not going to sell it anyway."

She also said that people can use the program to trade the guns in and use the money for a memorial. "These incentives encourage people to act; we've seen in different states that gun buyback programs work in Cleveland and Los Angeles."

Williams said she saw huge support for a gun buyback while she was canvassing with a petition calling for one. "It's not the be all and end all solution, but it's something we can try as part of a larger strategy."

We have until January 2019 to decide whether the city should allow brick and mortar shops. If we opt in, we need to know what the guidelines are and we haven't seen those guidelines from the province yet.

If we decide to opt out, then we can at any time opt in in the future. We can take that time to see how other cities such as Mississauga and Toronto have implemented sales in their jurisdictions and how they conduct bylaw enforcement. If we opt in, we still have time as stores can open as early as April 2019, but we have to figure out how to do this.

Most people told me we should opt out while I was canvassing, but if we opt in, the distance from a school should be 500 metres and not 200 metres. Why do the same laws that apply to alcohol do not apply to marijuana? If the person next to you is smoking while you're driving, is that second hand smoke. What's the reporting process on that? We have to do more to educate our community.

“I am also concerned about the low age limit of 19 because of the side effects of marijuana on the brain before someone is 25." Williams added that she will be seeking the additional Regional council seat allocated to Brampton so she can work on the health aspects at Peel Regional Council. Brampton councillors decide amongst themselves which of their colleagues gets the extra regional seat once they convene.

"I'm not part of a team and I didn't run as part of any team. I think the people of Brampton should see me for my own merits.” Williams said that outgoing mayor Linda Jeffrey never reached out to her, but mayor-elect Brown did during the campaign. She added that she was impressed with the energy he committed to getting to work on the issues that Brampton is facing.

What do you hope to accomplish in the next four years?

I hope to strengthen our safety plan for Brampton, bringing a systemic approach and looking at all the factors contributing to crime rates. I want to make sure our things in Brampton are fresh and remain staples in our community.

I also want to see Brampton's image change. We have so many creative people in the city; artistic, athletic, engaged community activists. I want to see us all pulling together and show Brampton as a great city. If I can encourage all the people of Brampton to work on showcasing our positives, then I think I've done my job.