Controversial Spat Between Brampton Councillors Comes to an End

Brampton's Wards 7 and 8 councillors Gael Miles and Pat Fortini are undoubtedly very different politicians. Miles is a 30 year veteran of council who retired this year while Fortini was first elected as a city councillor in 2014. 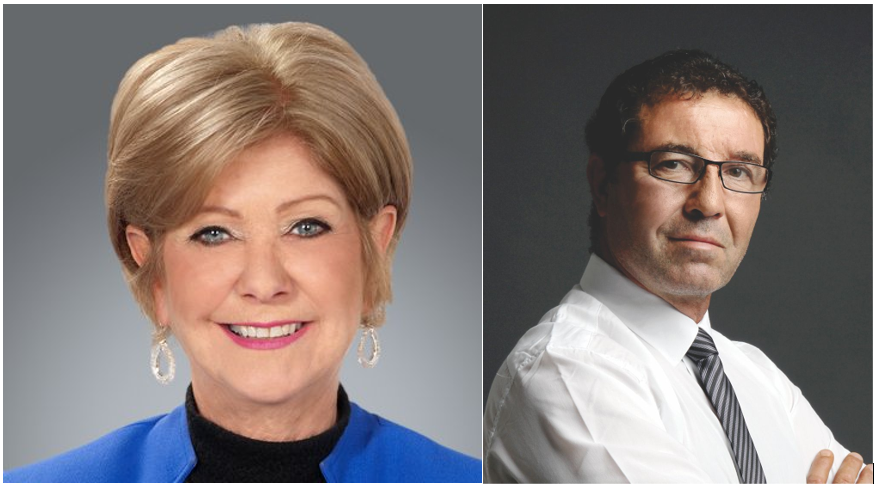 A mostly reliable supporter of outgoing mayor Linda Jeffrey, Fortini was endorsed by the local labour union while Miles supported Patrick Brown and even sat on the mayor-elect's short lived committee looking into addressing crime rates in Brampton.

Fortini was elected to the regional seat vacated by Miles on October 22 with 52 per cent of the vote; his cloests challenger, radio host Bruce Marshall, was endorsed by Miles. In Brampton, elected officials serve two wards: one only sits on city council and the other also sits on regional council.

As Miles and Fortini are elected to the same constituencies, one would expect them to mostly be working together, and for most parts they probably have. However, it seems Miles is leaving city hall on a bit of a sour note. Guy Giorno, the city's Integrity Commissioner, made his ruling during a special council meeting this past week.

The Brampton Reddit thread has provided a nice description of events, but the gist is Fortini is accusing Miles of using 'bullying tactics' to harass him over his alleged issues with performance as a councillor. Fortini found a brown envelope shoved under his office containing highlighted Reddit comments criticizing him as such on April 5.

The comments were only described, by Giorno, as "not profane, but definitely insulting. All of the comments related in some way to Councillor Fortini's performance as a Council Member, but several in particular were gratuitous and unnecessarily personal."

In response, Miles stated that she did not write the Reddit post and does not know the author's identity, as well as denying being a personal friend of the individual to whom Councillor Fortini said wrote those comments.

She also filed a cross-complaint at Fortini which states:

“Councillor Fortini has repeatedly tried to do reputational harm to me during this term of Council. His comments as part of this complaint validate this. He has absolutely no grounds to state that I have no morals or values representing my constituents, that I am a bully, that I am a racist who discriminates against minorities and further threatens to ensure the public is aware of this. He has in fact gone too far, breaching the City of Brampton's Code of Conduct by making these very vicious untrue comments.”

The conclusion of Giorno's investigation found that neither Miles nor Fortini were guilty of using city resources for personal reasons or bullying, respectively. Here's Giorno's conclusion in the report:

"Regional Councillor Miles printed and handled a document that contained derogatory content about Councillor Fortini, but she denies placing it under his door. Without knowing who made the delivery, I cannot make a finding that the Code of Conduct was breached."

"On the cross-complaint, I find that Councillor Fortini did not contravene the Code. I have determined that it is necessary to this report to identify both parties."

"Any individual can file a Code of Conduct complaint. 600,000 people live in Brampton. Almost all of the complaints that I receive, however, are generated from within the eleven-member City Council. This complaint was one of them."

In the end, what does this mean overall for Brampton?

Nothing much, in all honesty. It's a spat between two politicians, one of whom is leaving office in a week anyway. But matters like this feed into the perception that nothing gets done at city hall and the idea that elected officials are preoccupied with their own personal matters rather than what is good for the city.

But the next council could look at this example and at least have an inkling of what not to do as the new term begins.