Motorcyclist thrown from bike, rushed to trauma centre
More than 750 reports of Canadians receiving unrequested seeds: CFIA
Police investigate after remains of infant found in Lake Ontario
Leafs blow 3-0 lead, lose in OT to move to brink of elimination
Feds, Province, and City all investing in transit projects that will benefit Brampton

A controversial Toronto councillor is seeking a return to Queen’s Park under the Doug Ford-led PC Party….but he’s not running in Toronto.

Councillor Giorgio Mammoliti, who has represented Ward 7 (York West) for the past 18 years, announced that he is seeking the provincial Conservative nomination in the riding of Brampton Centre. 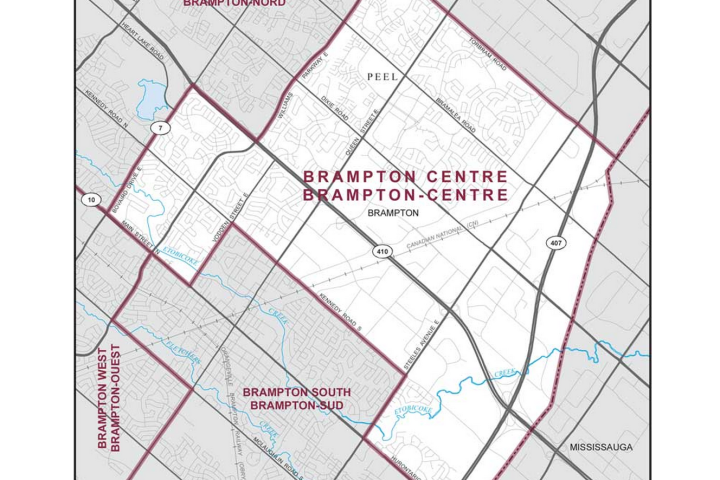 Mammoliti said that since a number of his constituents have moved from North York to Brampton recently, he might as well join them.

In fact, Mammoliti recently stated that several people from his ward have moved to Brampton to buy homes, and he, too, bought a house here over 30 years ago back in 1983.

Mammoliti was first elected to public office as an NDP MPP in 1990, serving his first term in Bob Rae’s NDP government before he was defeated in 1995. He then went onto Toronto municipal politics serving as councillor for York West, and briefly ran for mayor in 2010 before dropping out.

During the tumultuous Rob Ford mayoralty, Mammoliti was an staunch ally of the Ford brothers, despite having tussled with Rob Ford in the past, as they attempted to cut costs and “stop the gravy train” when it came to spending and taxes.

But “Mammo”, as fans and detractors have called him, has his own colourful history and views on a variety of issues, such as:

There have also been a number of interesting moments throughout Mammoliti’s political career, such as stripping off his shirt during a council meeting in 1999 to protest the nude beach at Hanlan’s Point on Toronto Island, filming Gay Pride Parades for “politically motivated groups”, and setting up a Facebook page to “sniff out Communists”.

Municipal politicians do not have to resign their seats while running for another office, so all these councillors are safe to return to work should they not get elected MPPs in June. Mammoliti has said that if he is unsuccessful in his bid to become an MPP for Brampton, he plans to return to city hall and run for another term in council.

The PC nomination in Brampton Centre is also sought by Harjit Jaswal, a real estate broker, and party activist Sudeep Verma. Mammoliti will have a tough fight on his hands against two other candidates with stronger ties to the predominant Indo-Canadian community in Canada’s ninth largest city.

But if he is successful, this wouldn’t be the first time that a politician from Toronto parachuted into Peel Region to seek political office and won. From 1997 to 2004, Brampton Centre was represented by Liberal MP Sarkis Assadourian, who represented Don Valley North before that riding got erased by redistribution of federal riding boundaries.

From 2004 to 2008, Mississauga-Streetsville was represented by Liberal-turned-Conservative MP Wajid Khan, who lived in North York at the time.

Doug Ford has said he supports open nominations in order to clean up the mess left behind by his predecessor, so it’s not expected that Team Ford would put pressure on local candidates to drop out in favour of someone else, even if that someone happens to be a strong Ford ally who reflects his combative, populist political style.

But hey, who wouldn’t want a political ally named after a Pokemon?

Looking forward to an announcement by King Street business owners and their employees at 10 AM tomorrow at Kit Kat. #ReverseKingCarBan pic.twitter.com/NkKFcUUcep

In other news, it also looks like another well-known Conservative candidate wants to parachute into the race in our neck of the woods. Tanya Granic Allen, a social conservative who recently vied for leadership of the provincial PC party, is eyeing Peel.

Will I run for the legislature? Maybe! If yes, am considering Brampton Centre, Mississauga Centre and Newmarket-Aurora. Stay tuned…

Would you like to see Giorgio Mammoliti as a Brampton MPP?