Could Anything Be Done With This Strip Plaza in Brampton?

If you’re wondering if there is space in Brampton to redevelop into something better, than look no further.

At the corner of Queen Street and Kennedy Road, there is this rather dilapidated strip mall called East Town Plaza.

I say dilapidated because there really isn’t much to look at from this place. 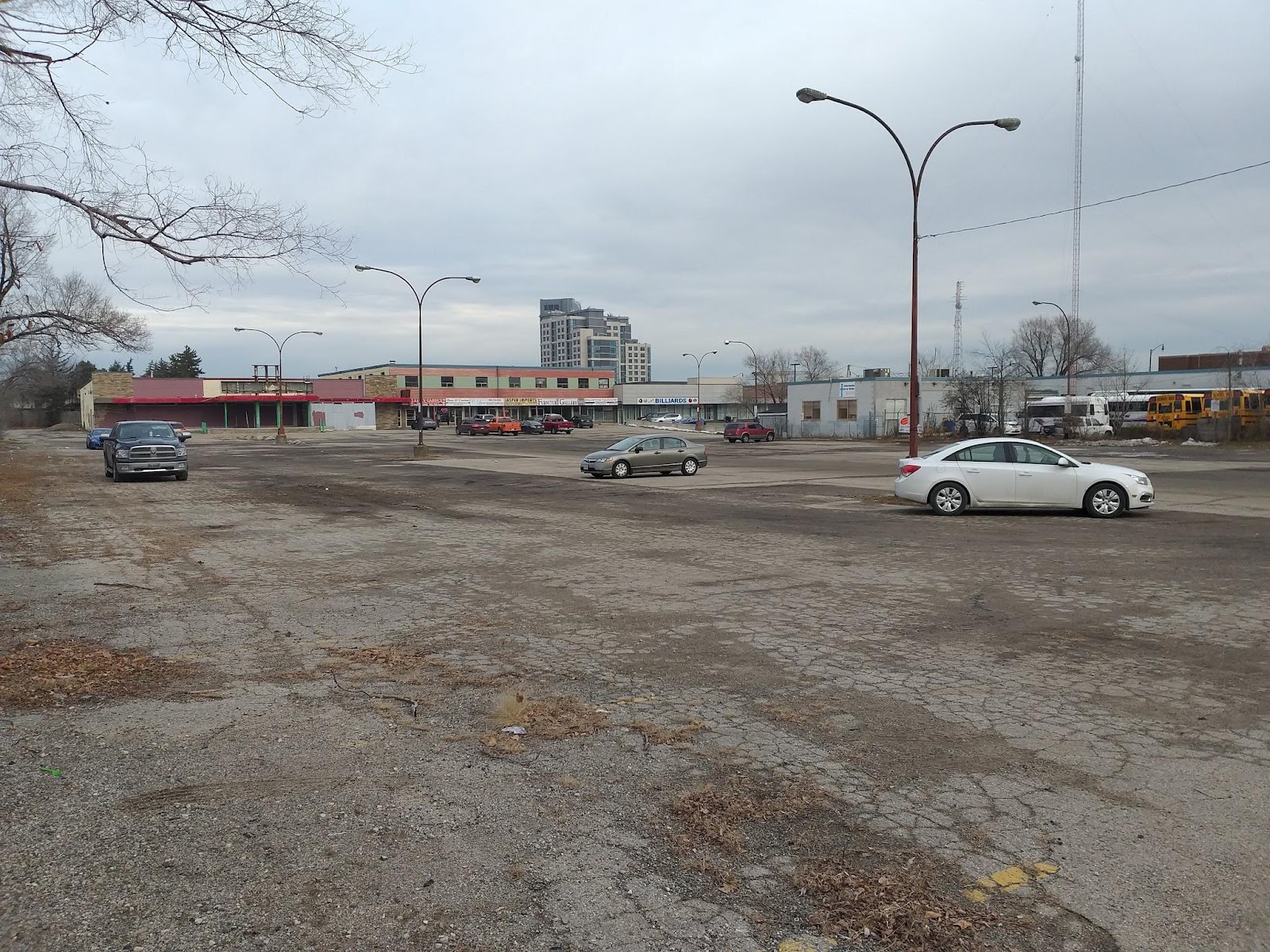 As it currently stands, it’s just a vast empty parking lot and a bit of a walk if you park far to the actual buildings. 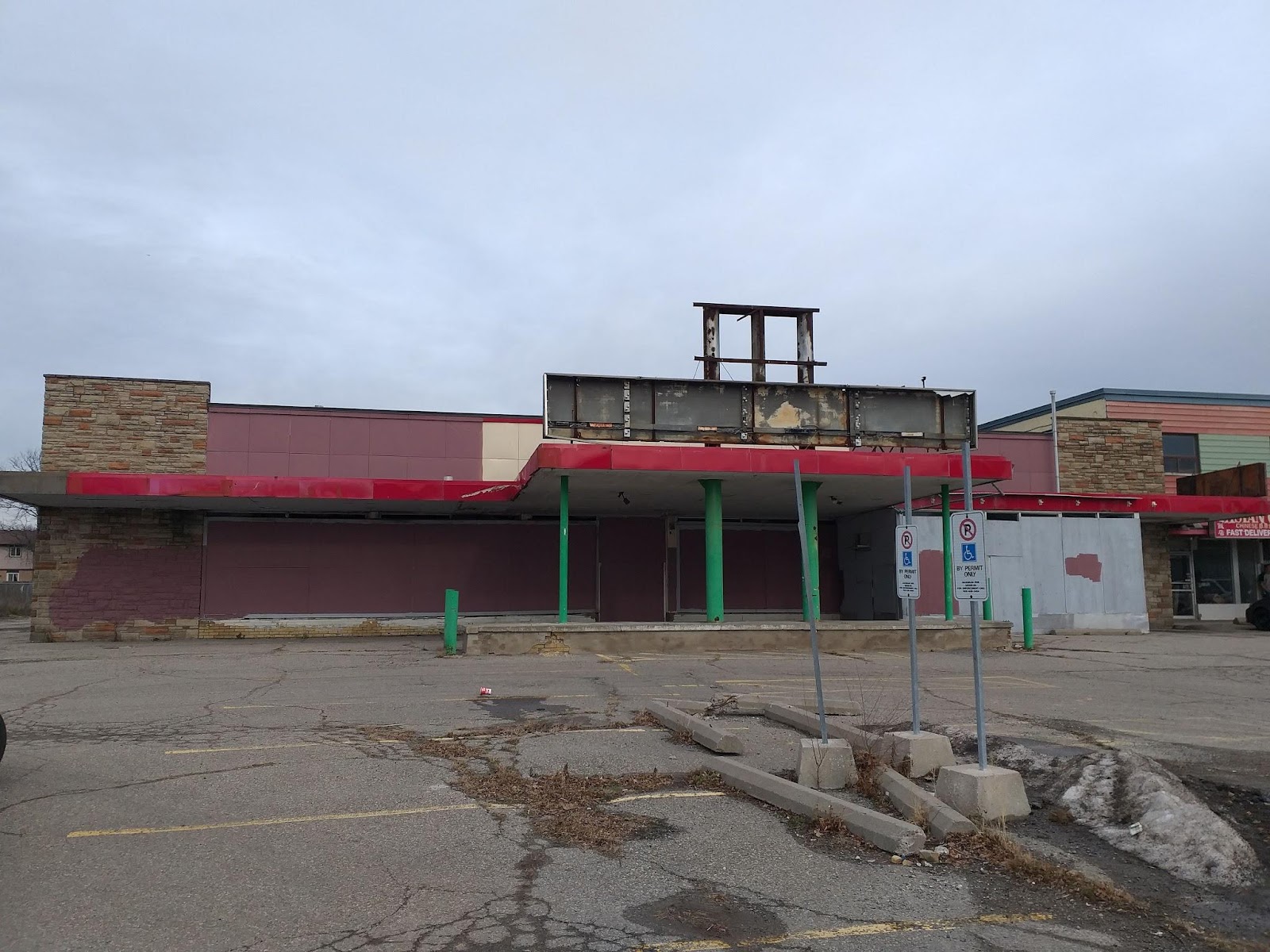 It’s anyone’s guess what this building used to be, but the other shops aren’t having much luck either. 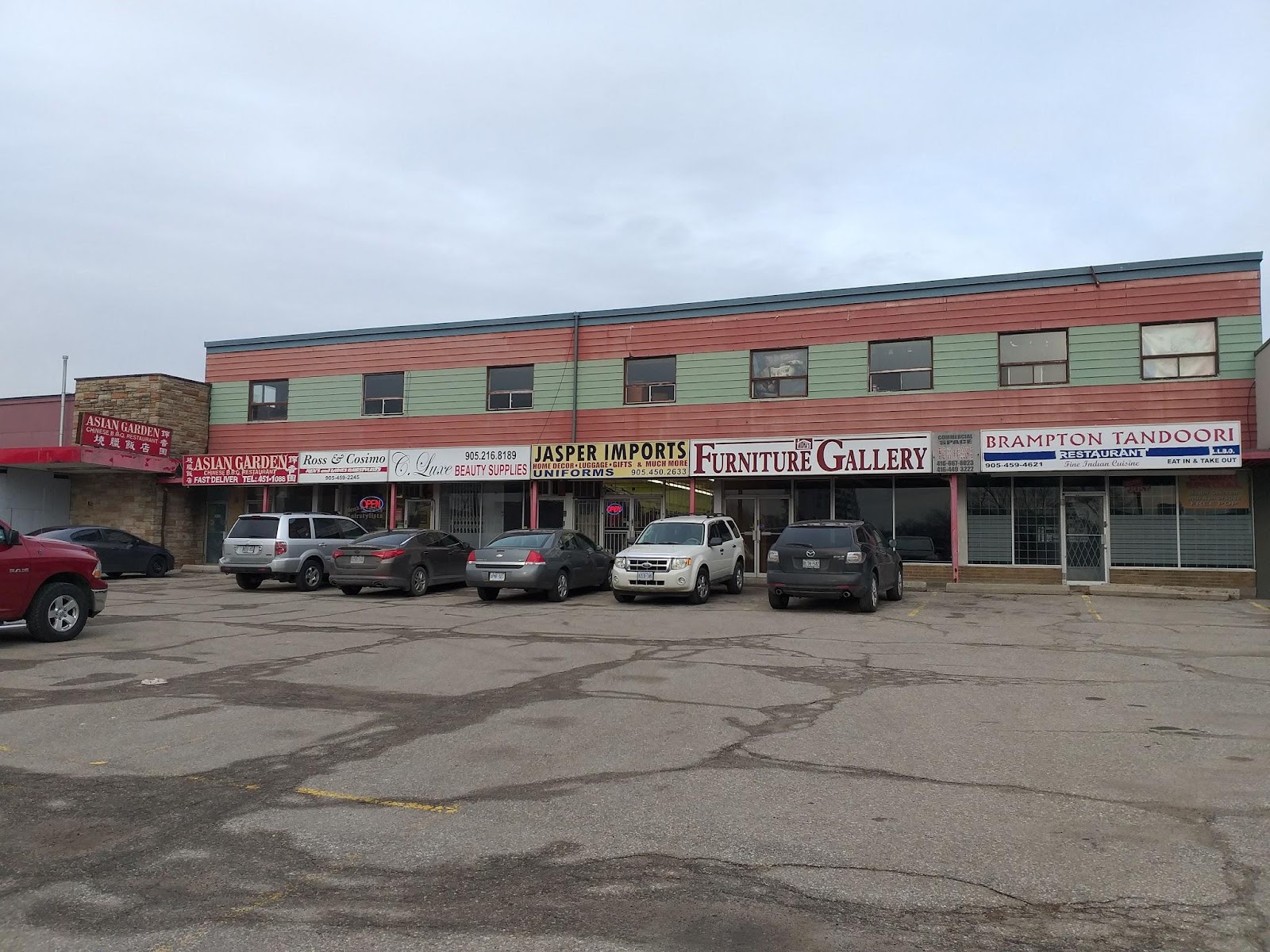 Out of the shops shown here, only the Jasper Imports and the Ross & Cosimo hairdressers are still operating. The rest of these storefronts have pretty much been abandoned. 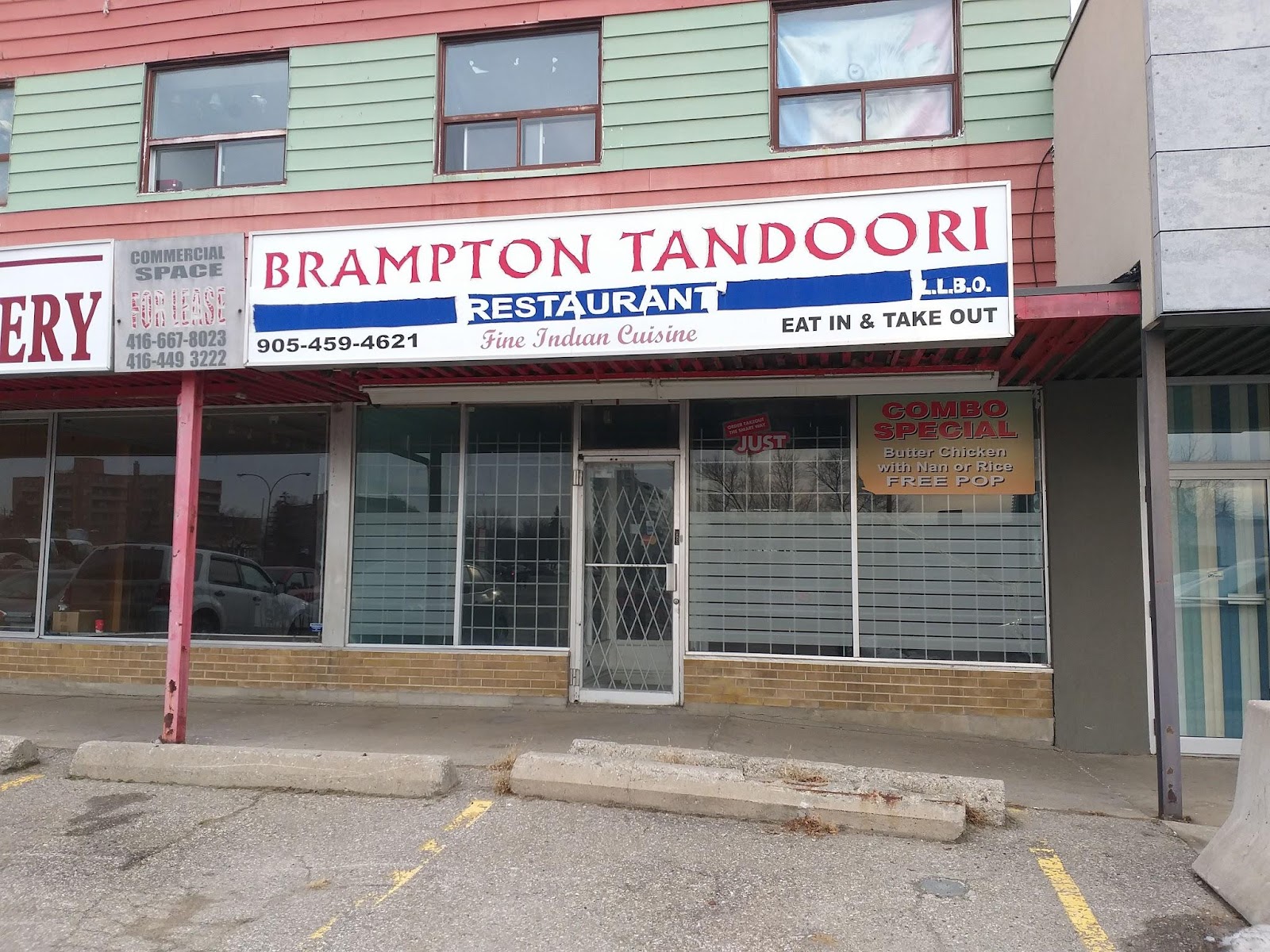 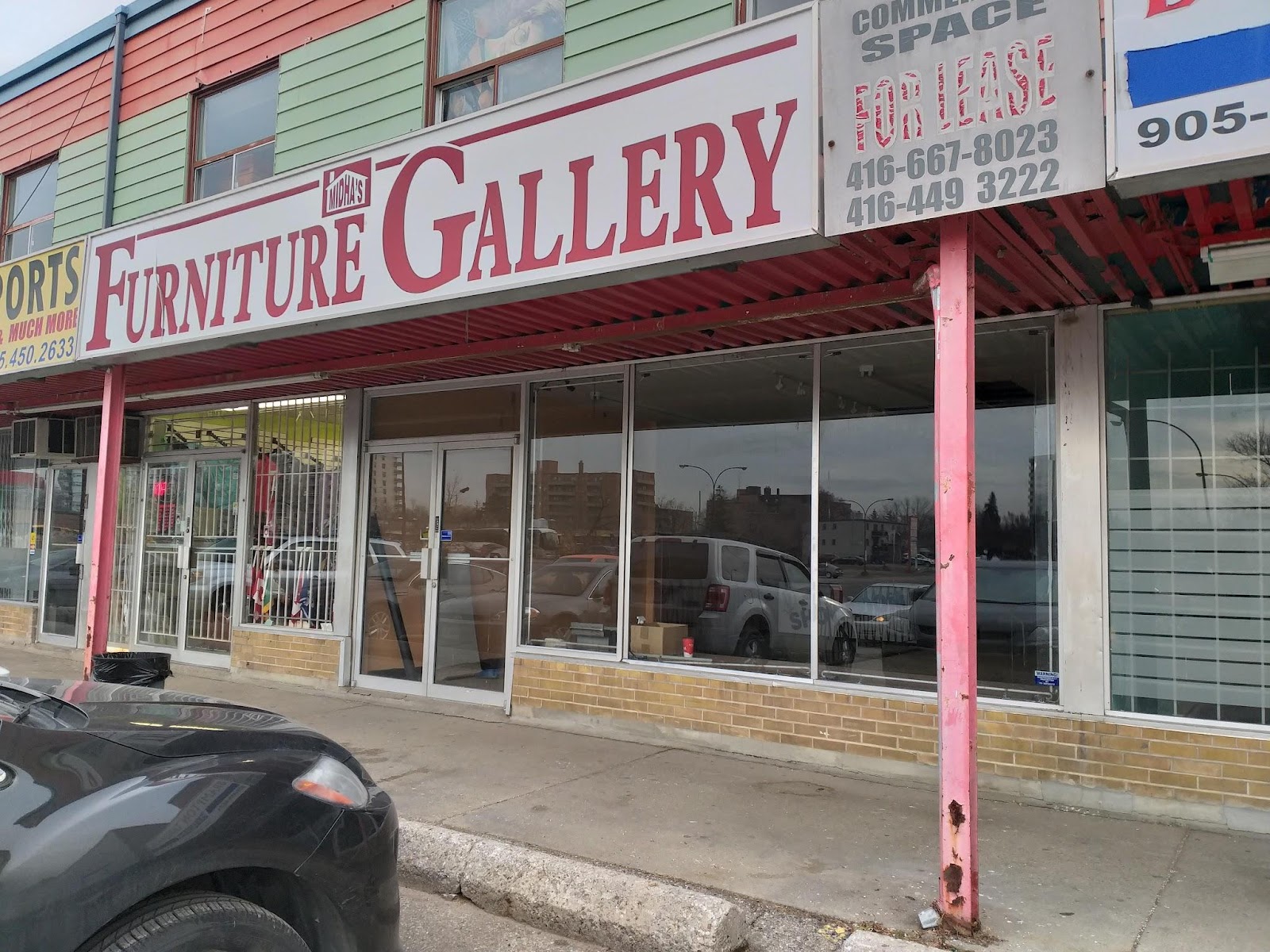 The only reason people might even park here nowadays is that it does provide some excess parking spots to an adjacent plaza where there is an All You Can Eat sushi spot a few concrete barriers over.

Other than that, this old East Town Plaza is not somewhere anyone should really be at night.

It’s not as though this is along some low frequented area. Kennedy Road has high traffic volume and activity, and the city council approved a motion recently to explore the possibility of implementing bus rapid transit along Kennedy Road.

So what could this land be converted into? Another residential housing complex comes to mind, since there are some along the same stretch of Kennedy.

While there are proposals to build near active transportation nodes and services such as the Bramalea City Centre, there has also been scaling back in some development projects, such as a plan to revamp downtown Brampton due to a number of uncertainties.

Other options could be another commercial property, such as a revised plaza that is more pedestrian friendly, walkable and transit accessible.

What isn’t uncertain is that this ‘East Town Plaza’ location could use something on the location, rather than just sitting there with nothing.

What would you like to see occupy this space?