An interesting idea launched out of Toronto regarding the city’s inner suburbs may be an idea that places like Brampton could look into and adopt for its own use.

As the name implies, pop-up infrastructure are temporary structures set up to provide a specific function but only for a short period of time. Similar to the way pop-up stores work for a limited time period, they have been found to reveal the potential for a site for future developments. 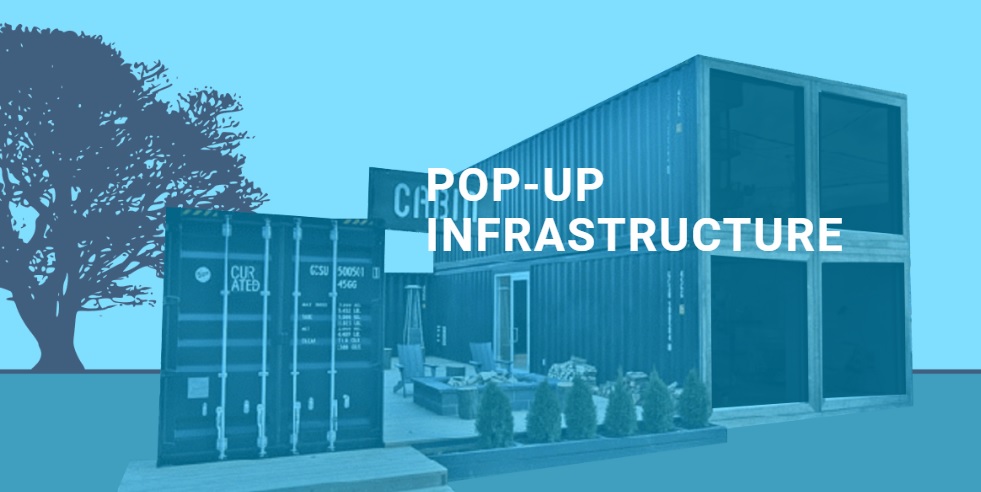 “Pop-up buildings don’t confine community programs to a specific timeline when it comes to occupancy,” says Cutty Duncan, a former community planner with Social Planning Toronto who worked with Delta and Urban Priorities on the study.

“These structures can be built and torn down fast. In the eight to ten years it takes to fund and build a new community centre, we will have lost an entire generation of youth who were not able to get programs.”

One benefit is that this idea is cheap. In some instances a pop-up structure could cost less than the price of an average detached home in the city. With $125,000 in approved funding made available by the province, one early adopter may not have to foot the bill for their new structure.

You can read the full report here, and below is a video showing various examples of pop-up infrastructure with, yes, examples of how to refurbish old shipping containers.

The ‘inner suburbs’ of Toronto are usually considered to be Etobicoke, Scarborough, North York, York and East York. Although all those areas are not completely in some kind of blight, there are certain pockets of lower than average income that have little infrastructure to match the service needs in those areas.

When the report implies pop-ups, they don’t just mean buildings; it could be as simple as pop-up libraries with a few books inside, or street furniture or street art.

In any event, with the proliferation of rather bland infrastructure around cities such as Brampton, perhaps a bit of pop-up creativity is needed.

What do you think of this idea and should it come to Brampton?