An upcoming documentary starring a former Brampton hockey player will finally shed some light on the reasons for his sudden retirement from the sport.

Cody Hodgson was considered a rising NHL star. He played four seasons with the Battalion between 2006 to 2010, then played for the Vancouver Canucks and Buffalo Sabres before his final season with the Milwaukee Admirals 2015-16. 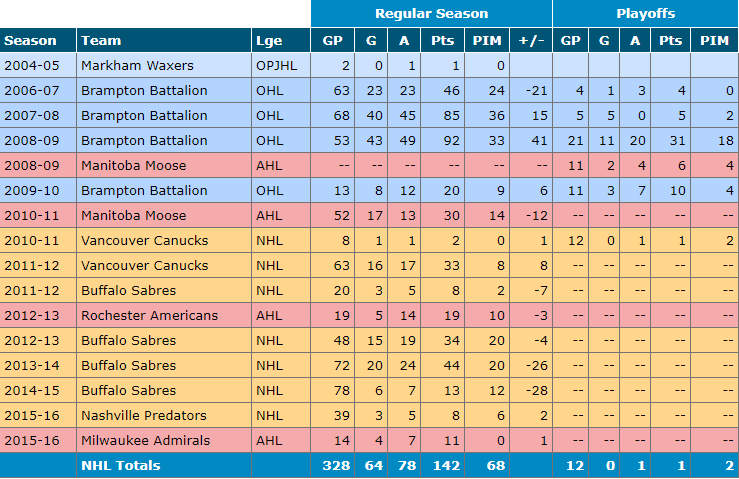 Hodgson, the son of a former Ontario cabinet minister, retired in 2016 at age 26.

For some time, many thought the player had medical issues with his back which forced his retirement, but the new documentary, titled “Hodgson”, reveals why the young man retired so early.

Hodgson retired due to complications from a mutation on his ryanodine receptor 1 (RYR-1) gene. Symptoms include breathing problems, blacking out, tight muscles and “my whole body was just shaking,” as Hodgson explained in the documentary trailer.

But Hodgson, despite having to retire at such a young age, believes his experience was an opportunity to benefit other people, as well as himself. “Hopefully, with this documentary we can shed some light on (the disorder),” he said.

Together, with the RYR-1 Foundation, Hodgson is hosting a “first look” at the documentary, which takes the viewer on his RYR-1 story.

The screening will take place on Saturday December 8, 6 pm at the Hilton Conference Centre at 8500 Warden Avenue in Markham.

For more information on the documentary screening about the former Brampton Batallion player, click here.