The 2015 federal election swept out an entire contingent of GTA Conservatives from office as the Liberals under Justin Trudeau took power, and Brampton was no exception, electing Liberals in all five ridings. For most former federal Conservatives, when one door closes another one opens. Many defeated MPs have found another opportunity to win another election under the Ontario PC Party currently led by their former federal colleague, Patrick Brown.

The latest polls show the PCs miles ahead of both the Ontario Liberals and NDP, giving them a solid majority government and pushing the Liberals to a possible dismal third place finish (or worse) by the time the June 2018 provincial election comes around. No wonder all these former federal Conservatives are running under the Brown banner in hopes of getting into government again. 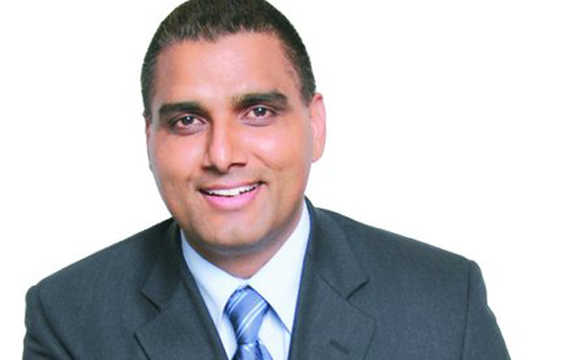 One such former MP is Parm Gill (pictured above), who represented Brampton-Springdale from 2011 until 2015, when he ran in the new riding of Brampton North and was thoroughly defeated by current Liberal MP Ruby Sahota. Now Gill is trying his hand in politics again, this time provincially, but his current choices have left some people baffled.

Instead of choosing one of the newly redistributed provincial ridings in Brampton that match the federal ones, Gill has chosen instead to run for the PC nomination all the way in neighbouring Milton. The riding is called Milton and consists of the Town of Milton and the northern parts of Burlington.

Here is Gill’s full statement from back in October which he posted on Facebook:

Besides Gill, the other contestants for the nomination is a man named Rashid Qadri and Mike Cluett, a Town and Regional Councillor representing Milton and Halton Region. There isn’t much information on Qadri, but Councillor Cluett is a long time resident of Milton, and was first elected in 2010 as a town councillor then as a regional councillor in 2014. Being a Halton Regional Councillor means you sit on Halton Region council as well as the town you were elected in, so Cluett wears two hats of sorts giving him decent knowledge on issues about his community.

Milton also has a tradition of electing strong local representation. As of December 1, 2016, Milton has the longest serving mayor of a large urban municipality; Mayor Gord Krantz began his career as a Milton councillor starting in 1965 until 1980, when he was elected Mayor and has served ever since. Milton’s federal MP is Lisa Raitt, a former cabinet minister under Stephen Harper and one of the few GTA Conservatives that bucked the Trudeau tide in 2015, showing Raitt’s strength as a local MP helped her get re-elected. Cluett with his own history in Milton carries on that tradition of strong local representation, at least while running to be an Ontario PC candidate.

By contrast, Parm Gill has parachuted himself into different areas to run as a candidate under the Conservative banner in the past. He ran under the Conservatives in 2006 in the North York area riding of York West, then ran twice in the former riding of Brampton-Springdale in 2008 and 2011, both time against another Liberal candidate named Ruby (specifically Dr. Ruby Dhalla, another former Brampton MP).

But besides being a former Brampton MP now looking to be a politician from Milton, Gill is a bit of a character with a record of controversies. Gill was charged by Elections Canada for soliciting donations from Liberal supporters without their consent during the last federal election, and also during the 2015 campaign, he either intentionally or not mistook his opponent Ruby Sahota for Ruby Dhalla when attacking “Ruby” and the Trudeau Liberals over a policy over Old Age Security changes. The policy Gill was attacking was from Dhalla from a previous campaign, and nowhere part of Sahota’s public positions. Gill was thoroughly lambasted for spreading misinformation.

There are many people who want to enter public life, but some people based on their history perhaps shouldn’t be in politics. If Brampton voters rejected Parm Gill handily after all the nonsense he pulled, I highly doubt the good, decent people of Milton would want him either.

Here's Everything You Need to Know About Parking this Family Day at Square One
February isn't everyone's favourite month because of the cold and snow that often accompanies it, but the shortest month of the year has a few things going for—namely Valentine's Day and Family Da
END_OF_DOCUMENT_TOKEN_TO_BE_REPLACED