Here are the Latest Development Applications Coming to Brampton

As the new year begins, so too does the regular business of the City of Brampton continues. One of the standard issues that the city deals with is planning applications or by-law amendments on certain sites of land for various purposes.

There is a planning committee meeting coming up on January 14 at 7 pm at Brampton City Hall. Here are the development applications to be examined and deliberated on by Brampton city councillors.

There is a city-initiated amendment to the Zoning By-law to limit the maximum occupant load at the Khalsa Community School site, with the purpose to implement a cap on student enrollment at the school. The property is located at 69 Maitland Street in Ward 7. 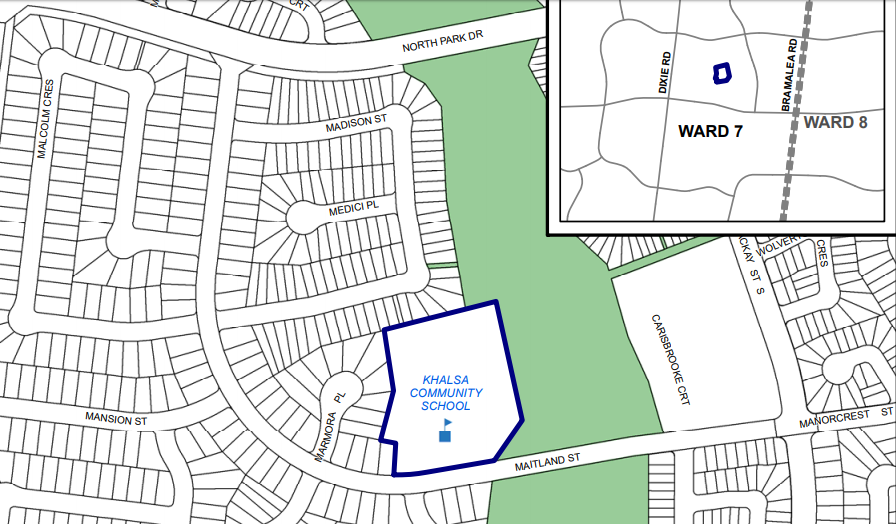 Originally the location for Mother Mary Elementary School, which opened in 1986 with an original capacity for 350 students, the Khalsa Community School purchased the site from the Dufferin Peel Catholic school board in 2011.

But in order to accommodate the growing student population, KCS began adding portables on the site by putting six down in 2012. However, seven additional portables were placed on the site between 2013 to 2014, all without having obtained the requisite site plan approvals or building permits.

In November 2013, KCS submitted a site plan application but it was refused by city staff. The applicant then appealed to the Ontario Municipal Board and, after some mediation, an agreement was reached between Khalsa Community School and the city, which resulted in the cap on student enrollment, specifically either 1060 or 1170 students.

Another application is for the building of 20 single detached residential units, a parkette and valleyland on a piece of land off the intersection of The Goreway and Castlemore Drive, specifically on 10230 Goreway Drive. 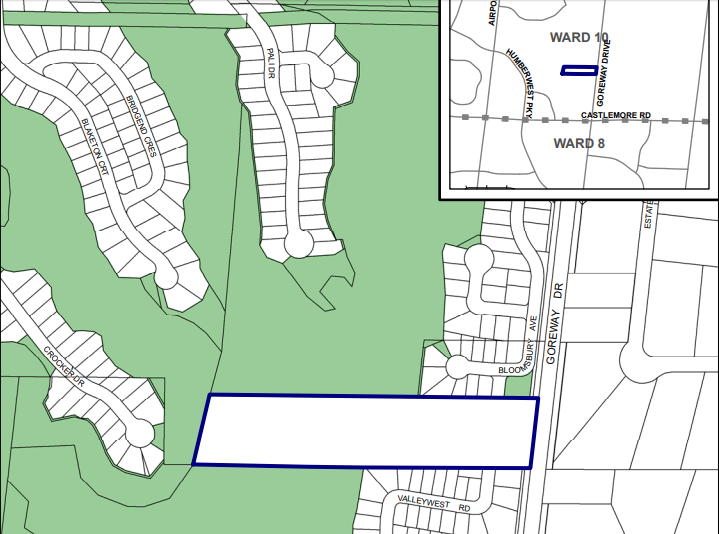 Here is a closer look of the proposed site plan. 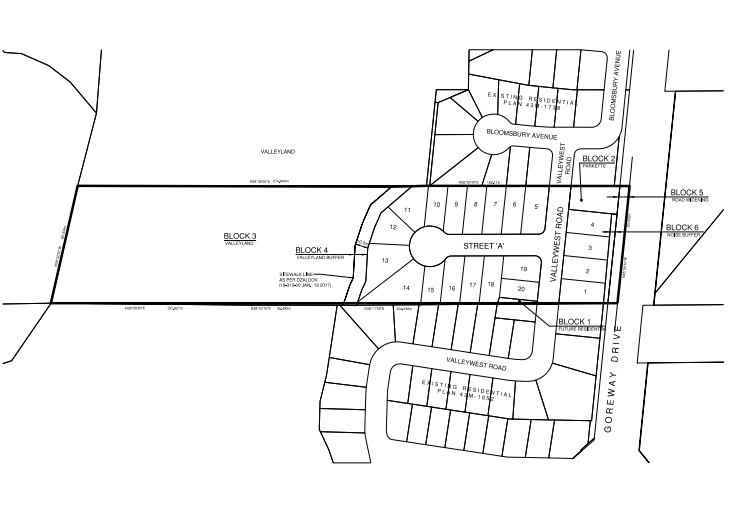 The site contains the remnants of the previous single detached dwelling that was destroyed by a fire in 2015, and is also regulated by the Toronto Region Conservation Authority, as it contains a valley corridor associated with the Humber River Watershed.

Specifically, the proposal consists of:

A planned subdivision in the future

There is also a submission of an application to amend the Zoning By-Law to propose a draft plan for a new subdivision by a company called KLM Planning Partners. Their application asks permission for 12 single detached lots and two part lots south of Williams Parkway on the west side of Creditview Road. 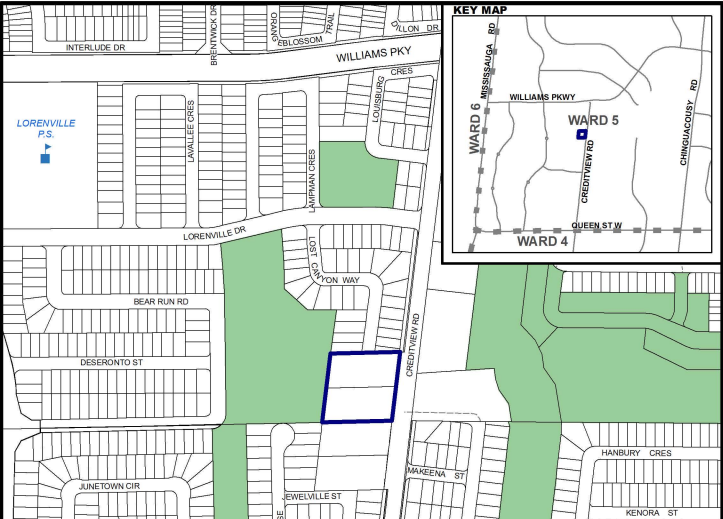 As per the approved plan design, Lost Canyon Way is to be further extended through the adjacent properties to the south at 9392 and 9378 Creditview Road to o create a public road connection with Jewelville Street.

But at this point in time, Lost Canyon Way is proposed to terminate in a cul-de-sac which will be implemented through the creation of temporary easements on either side of the proposed right-of-way. 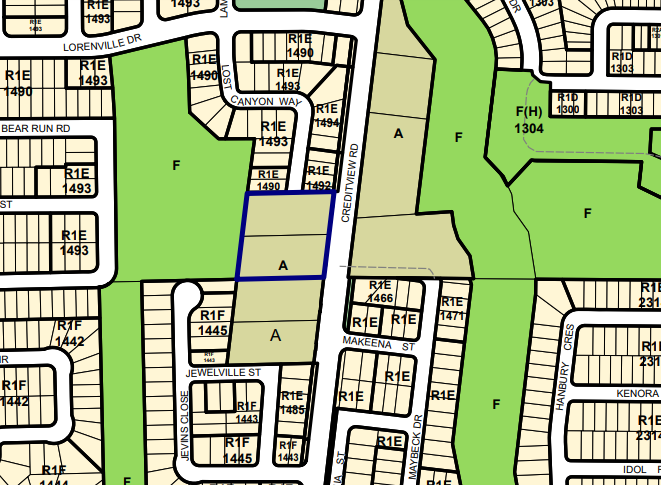 A public meeting for this application was held back on July 11 and there were no members of the public in attendance for this matter.

As you can see, this proposal is in an established, already built up area with surrounding residential properties and the city's conclusion is that the proposal fits with their planning principles.

Candevcon Limited, on behalf of Gurdurshan Brar, is requesting permission to build 15 townhouses at 10764 Bramalea Road, in Ward 9. 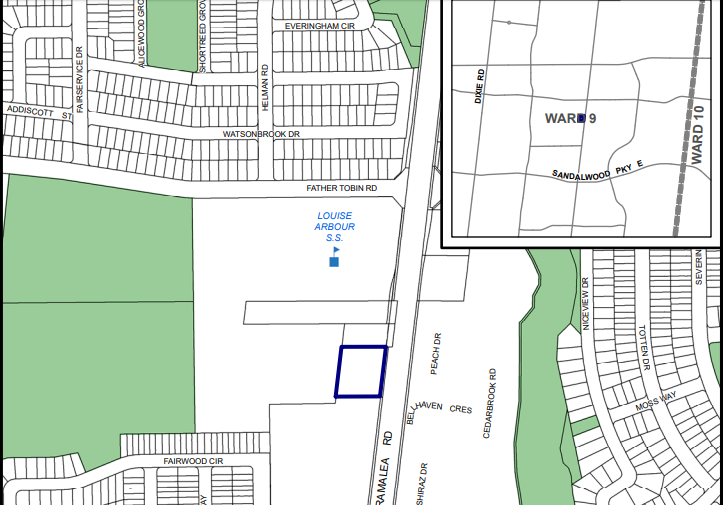 A closer look at the site. 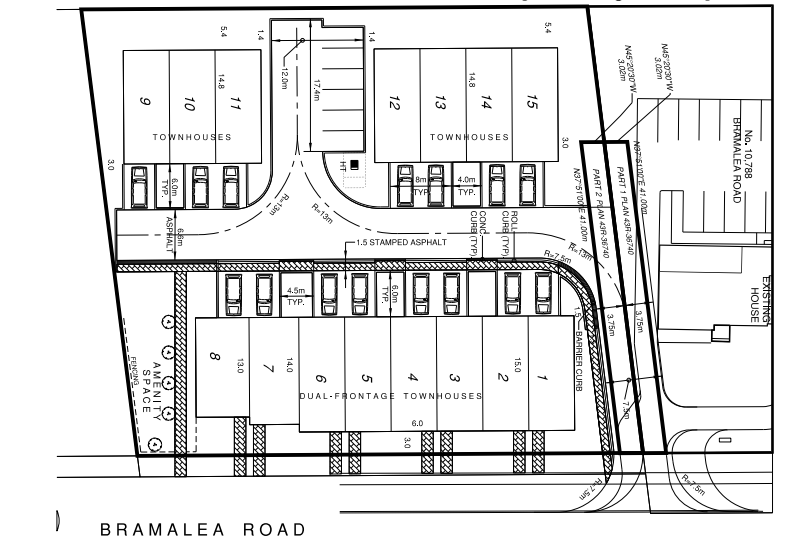 An applicant named SKS Countryside Land Holdings Inc. is asking permission to build 38 street townhouse dwellings and three part blocks that will be developed for townhouses. The site is located on the east side of Torbram Road, just north of Countryside Drive. 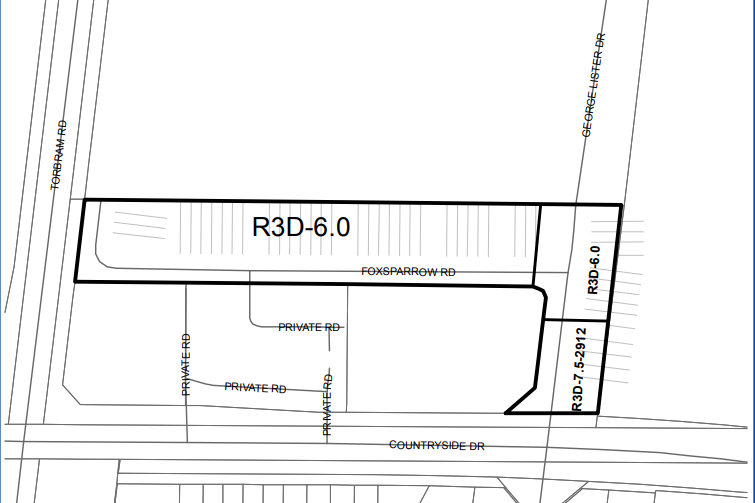 Two new streets are to be built with the names "Foxsparrow Road" and "George Lister Drive".

Before the planning meeting, there will be an open house in the Atrium from 6:15 to 6:45 pm before the 7 pm meeting in council chambers.

What do you think of these developments planned for Brampton?