Here is Where You Can Throw Out Election Signs in Brampton

Now that the election is over, one question remains: what do you do with all those signs?

Signs don’t come cheap, so it’s a monetary incentive for candidates to get them cleaned up, especially if they are planning to run again in four years time.

Candidates are usually good with picking up their signs, as many have taken to social media to let residents know they are doing so.

Elections signs must be down within 48 hours of an election. My sign team have been out since the early morning removing my signs. We plan to have them all down as soon as possible. Thanks again for giving the absolute privilege of displaying my election sign on your property.

Our sign crew is still out collecting the election signs that you graciously requested during my campaign for re-election. We are working as quickly as we can to retrieve them all. If your sign has not been picked up by tomorrrow, please email votepalleschi [at] yahoo [dot] ca to advise.

But if they don’t come down at least within 48 hours after the election, you can always take them in for recycling free of charge, as confirmed by the Region of Peel.

The region operates six Community Recycling Centres across Peel, with two each in Brampton, Caledon and Mississauga.

Here are the two CRC locations for Brampton: 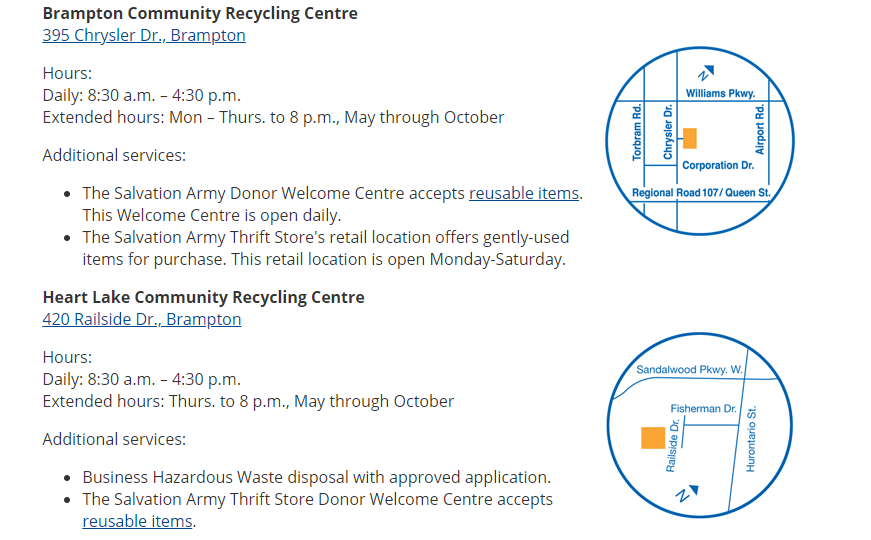 CRCs are disposal centres for waste, recyclable/reusable items and household hazardous waste. The proper disposal of election signs is extremely important for those of you thinking of just leaving it by the curb or dumping them in your apartment’s general recycling area.

Election signs will not be collected on the curbside and are not accepted in apartment recycling containers. @citymississauga @CityBrampton @YourCaledon @peelpublicworks

Who’s ready to do some post-election cleaning up?