The City of Brampton recently outlined their itinerary of events to commemorate Remembrance Day on this coming weekend as well as the next when November 11 rolls around, but there are other initiatives that have taken place as well.

Brampton is taking part in what is known as the Veterans Banner Initiative, and if you happen to be in the Four Corners lately (aka the Main and Queen Street intersection), you may have seen some of the lampposts adorned with banners with names and faces of war veterans. 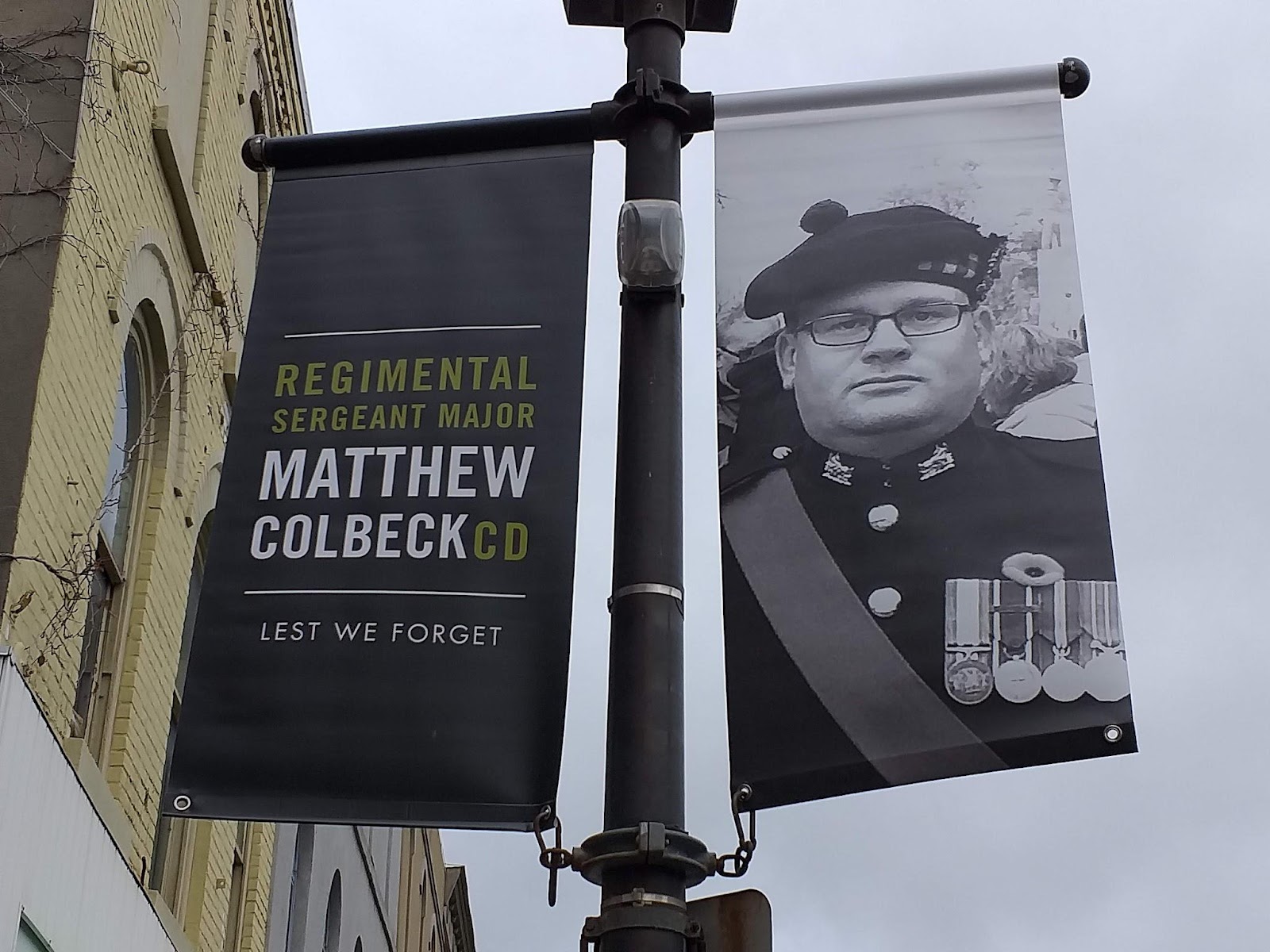 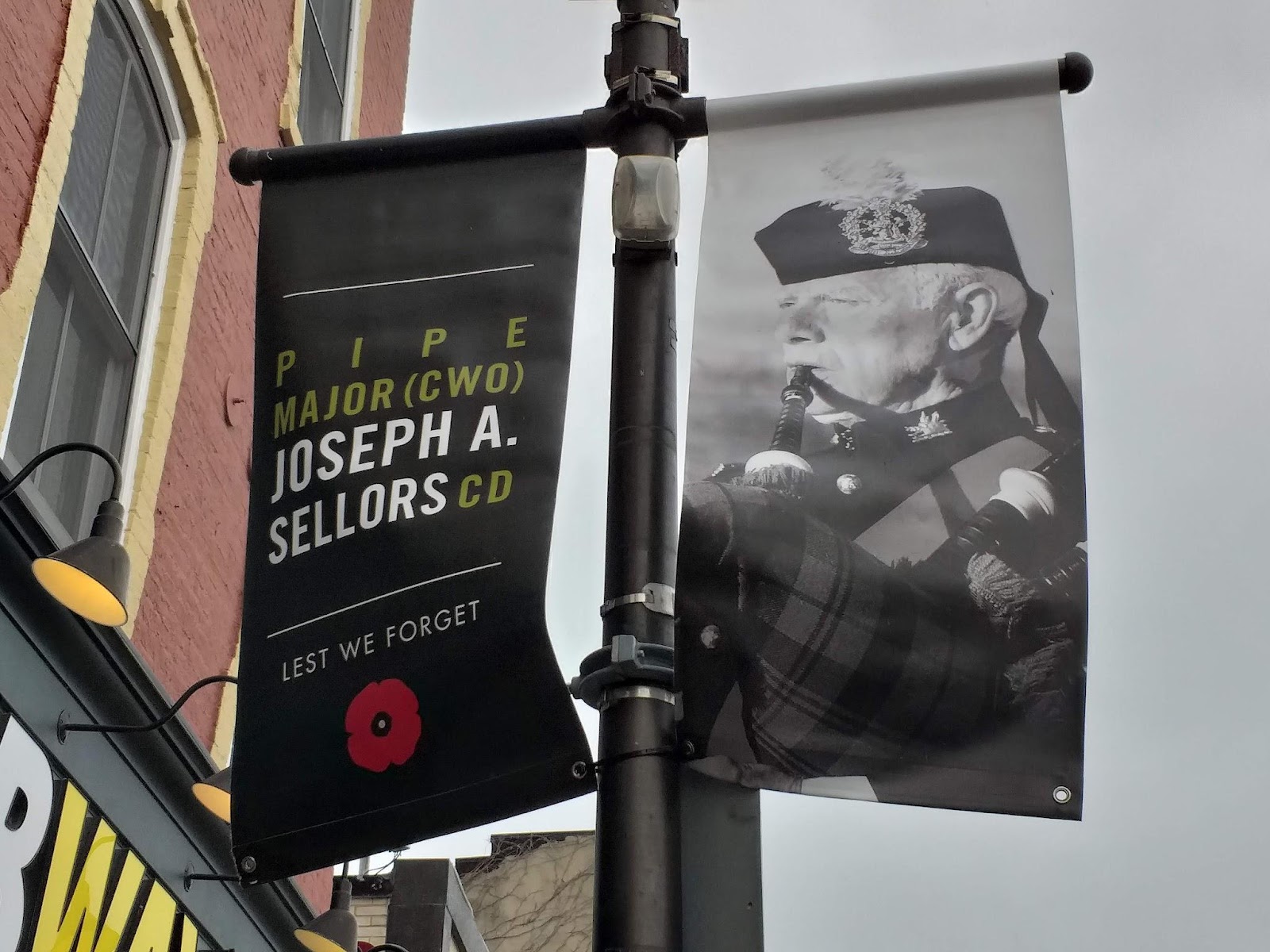 During last year’s Remembrance Day, the city partnered with the Royal Canadian Legion to release videos of veterans telling their stories on Brampton’s YouTube channel.

And if you go inside the lobby of Brampton City Hall, they currently have two banners hanging from the second floor showing the names of local Brampton veterans who not only fought in World War I, but in subsequent conflicts Canadian soldiers have been a part in. 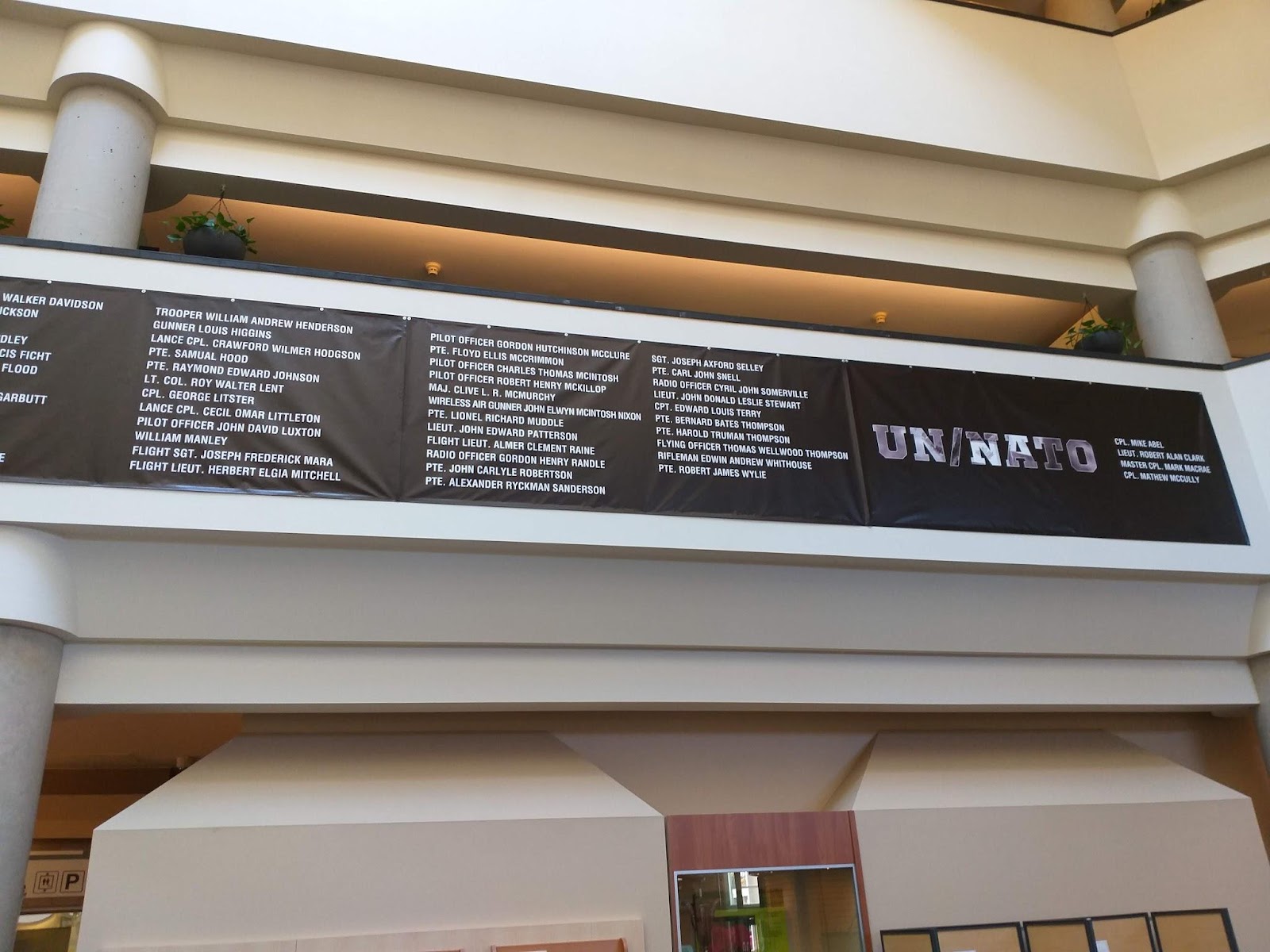 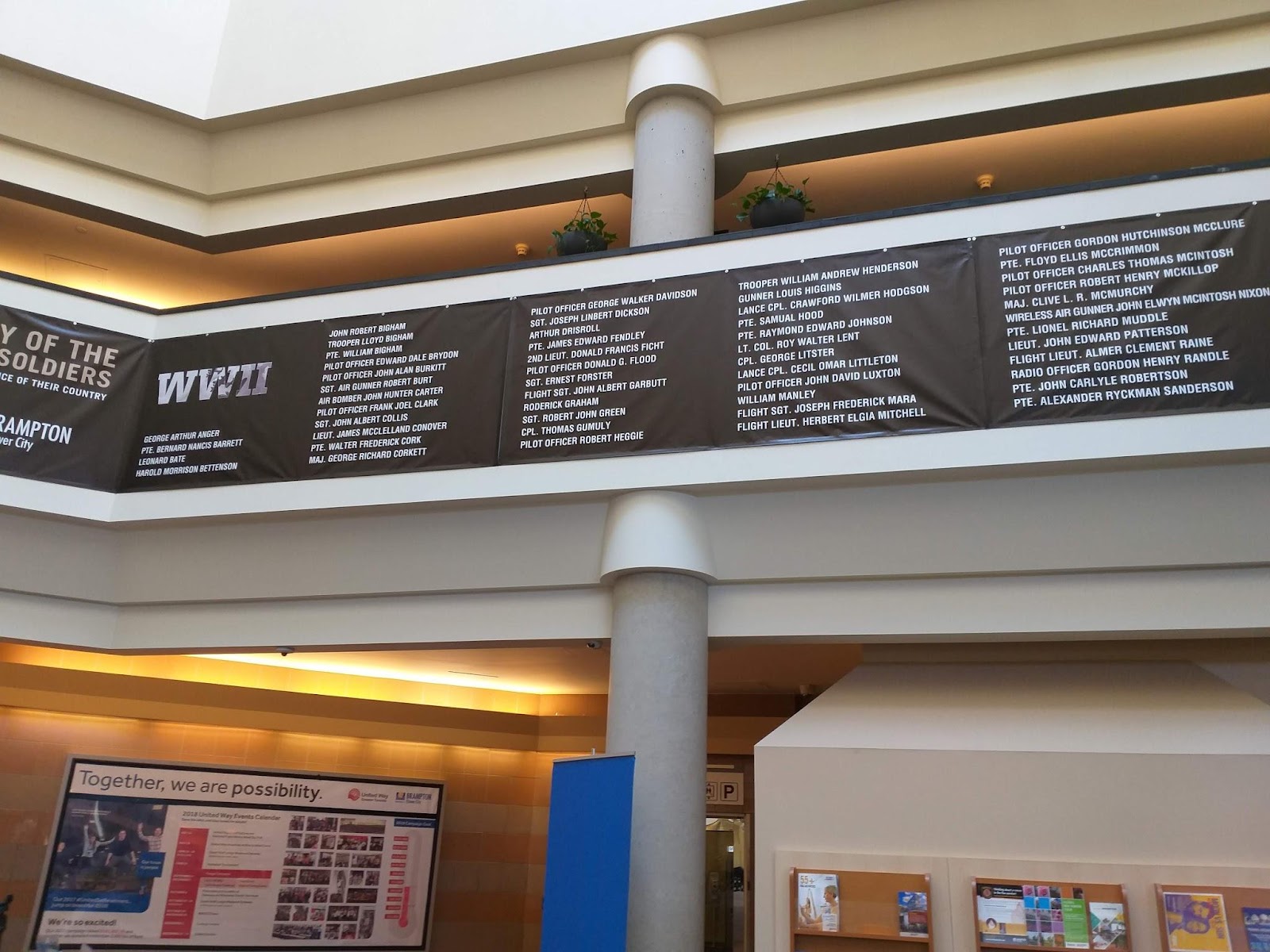 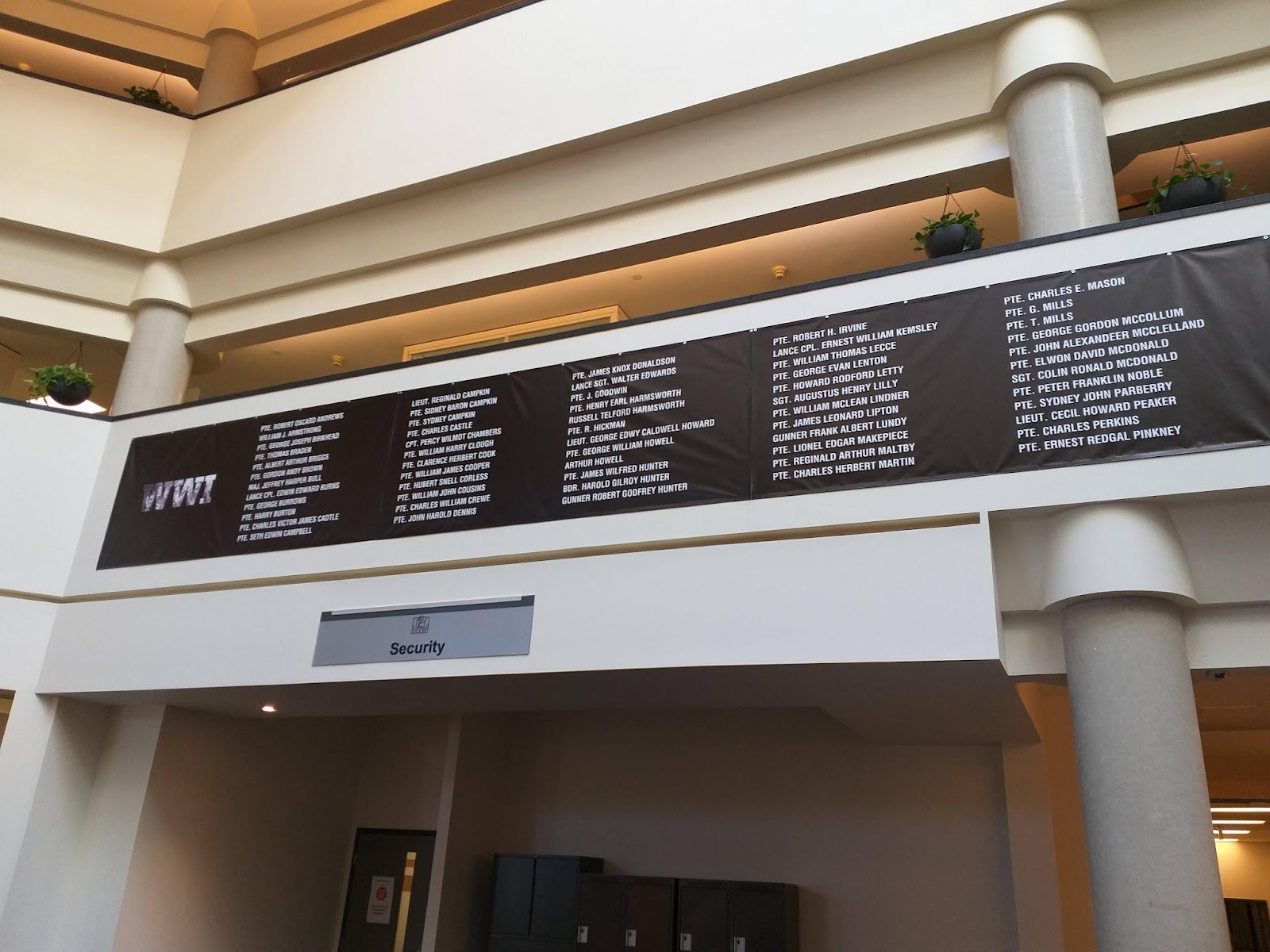 The idea behind the initiative is to put human faces to the commemoration of the conflicts of the past and give people today a sense of what was sacrificed in the name of freedom for Canadians.

Brampton certainly has a number of war veterans in the community, and while it is great to remember them every November 11, it is nice to put a name and a face to some so we can learn from them of what they gave of themselves so that we can enjoy the lives we live in Canada today.

So if you happen to be in downtown Brampton these next few days, stop and take a look at the faces looking down at you from the lampposts.