Here's What Brampton Spends on Roads, Bridges and Parks

Brampton is a big city and a lot of money goes into keeping up that reputation. 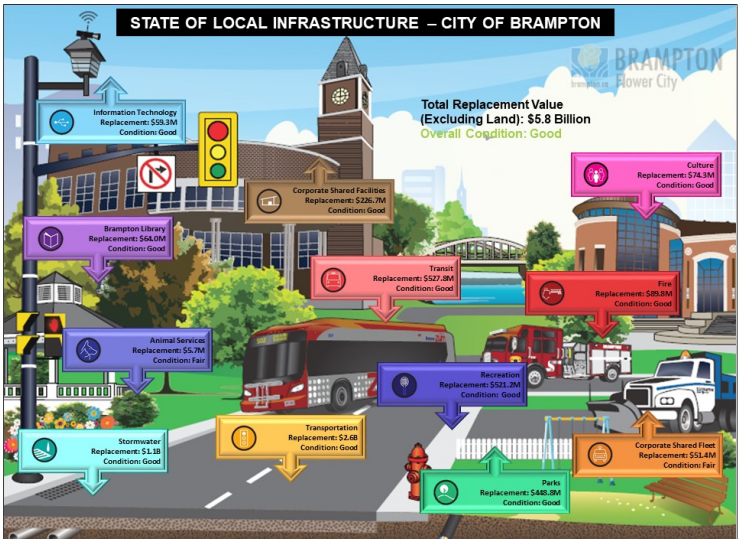 Transportation infrastructure took up 45 per cent of that budget at $2.6 billion of the $5.8 billion. 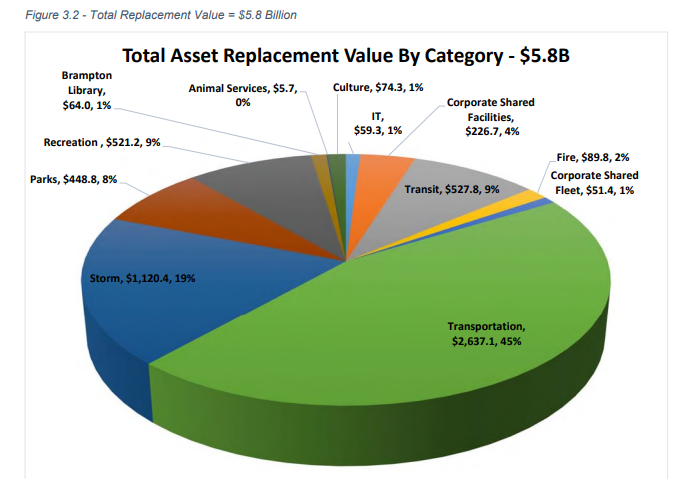 Here's the breakdown of what that $2.6 billion for transportation goes towards. 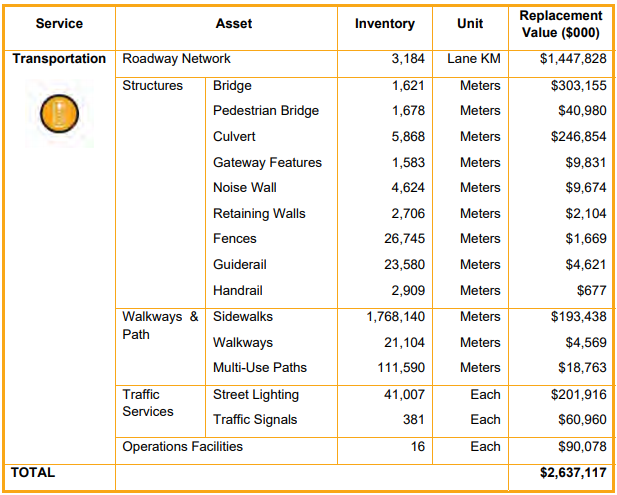 Here's the breakdown of specific costs associated with public transit. 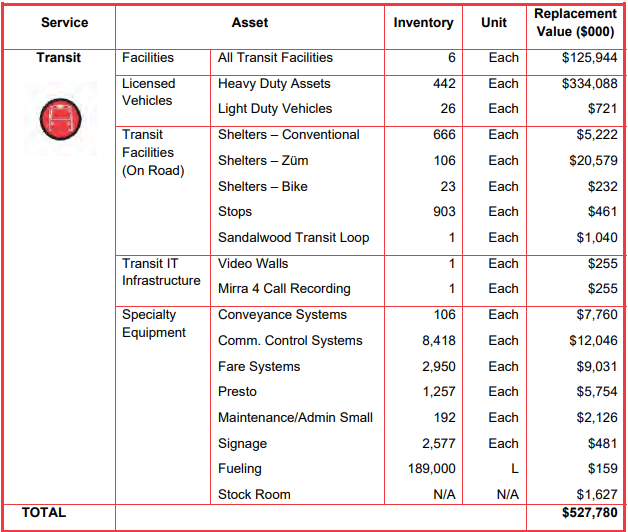 And here's some other breakdown of costs for other items, such as parks and recreation. 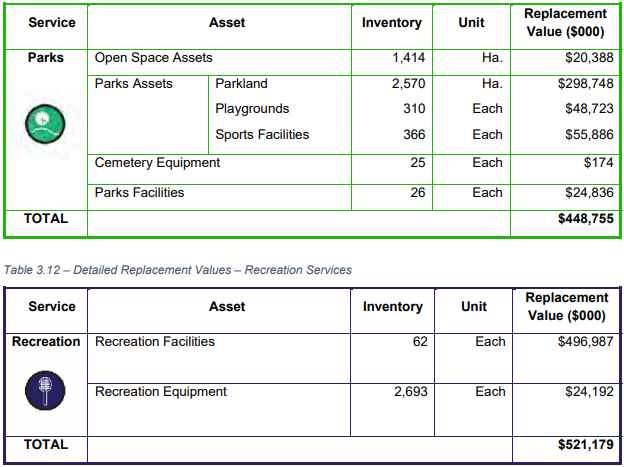 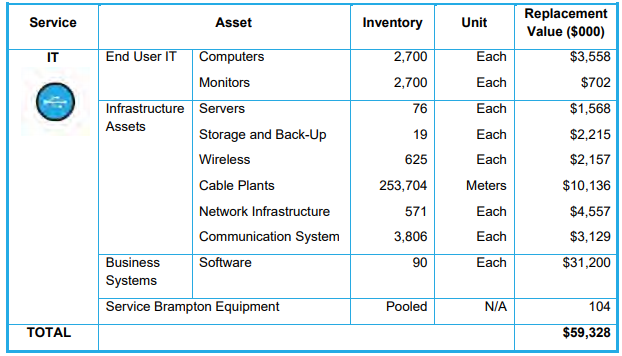 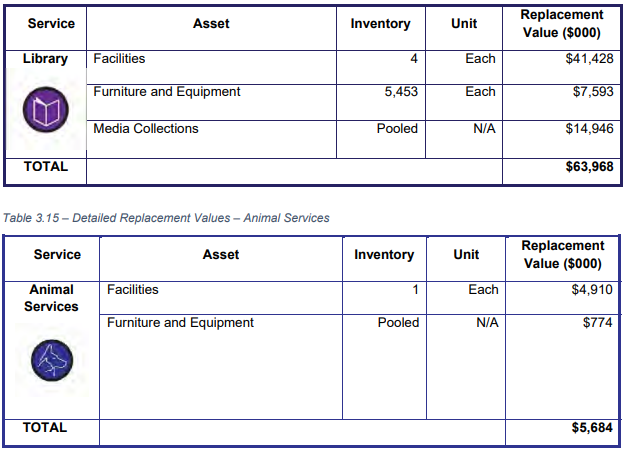 All the assets have also been categorized by the condition they are in, as indicated here:

Overall, the summary of Brampton's infrastructure assets has been deemed 'Good' or 'Very Good'. 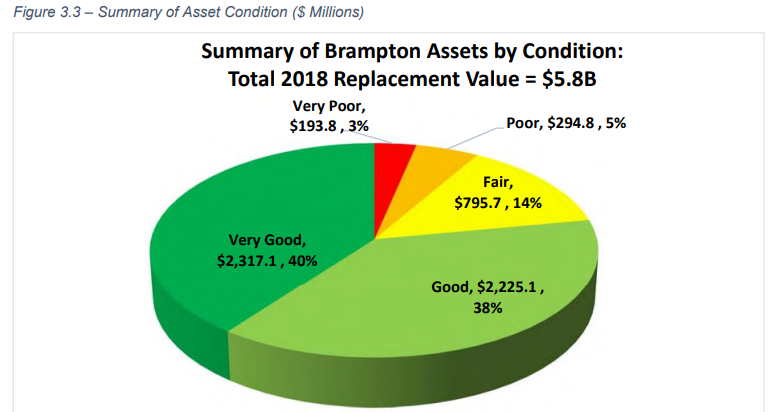 However, there may be some troubling trends going forward.

The city's report indicates that several asset areas, while so far in good condition, could be declining in the coming decade, such as transportation, parks and recreation, library and culture, although public transit and fire services remains relatively stable.

Another issue is the infrastructure gap.

Over the coming decade, the city is forecasting spending about $1.4 billion to address the life cycle needs of its assets. This is comprised of $953 million in infrastructure levy funding, $294 million in Federal Gas Tax funding, $19.0 million in existing reserve fund balances, $47.0 million in the Public Transit Infrastructure Funding for transit replacement, and $73 million in internal financing and other funding. 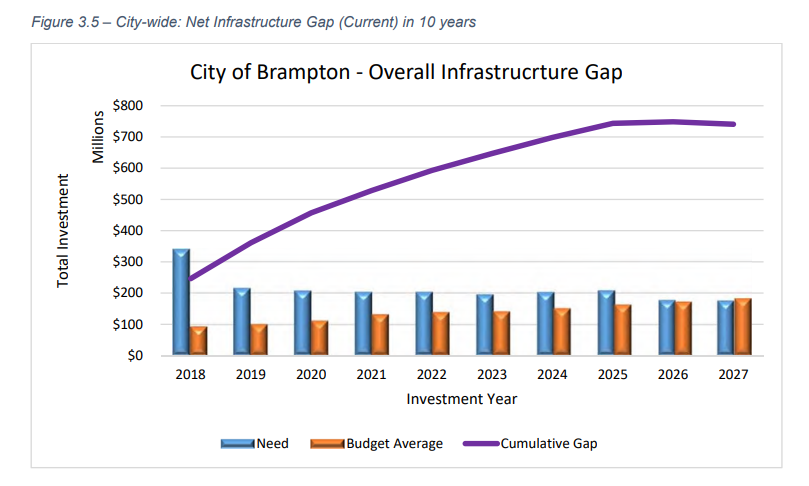 This level of investment outlined in this analysis will result in the infrastructure gap reaching approximately $743 million by 2027, up from its current level of $246 million.

The growing infrastructure gap can mainly be attributed to the insufficient investments planned for transportation and stormwater services, with much of it associated with the existing backlog of "overdue" infrastructure requirements in 2018 and 2019.

By the end of the ten-year planning period (in 2027), the city's projected expenditures equal the investment needed thereby mitigating future increases in the cumulative gap. The concern over an infrastructure gap is not so much that it exists, but how this gap changes over the long-term.

Overall, a high proportion (about 78 per cent or $4.5 billion) of city assets are considered to be in "Good" to "Very Good" condition. The overall "Good" condition rating is representative of the city's infrastructure to be fairly young with over 50 per cent of the assets emplaced over the last twenty years.

To read the entire report on the state of Bramptons' infrastructure, start at page 79.

What do you think of the report's findings?