The prospects of a new highway running through the GTA are looking better and better…at least for those people in favour of the project.

During last fall's Economic Statement, Doug Ford's government announced they would restart the Environmental Assessment on what is known as the GTA West Corridor, aka Highway 413. The EA will examine the transportation needs in a study area covering portions of York, Peel and Halton Regions. 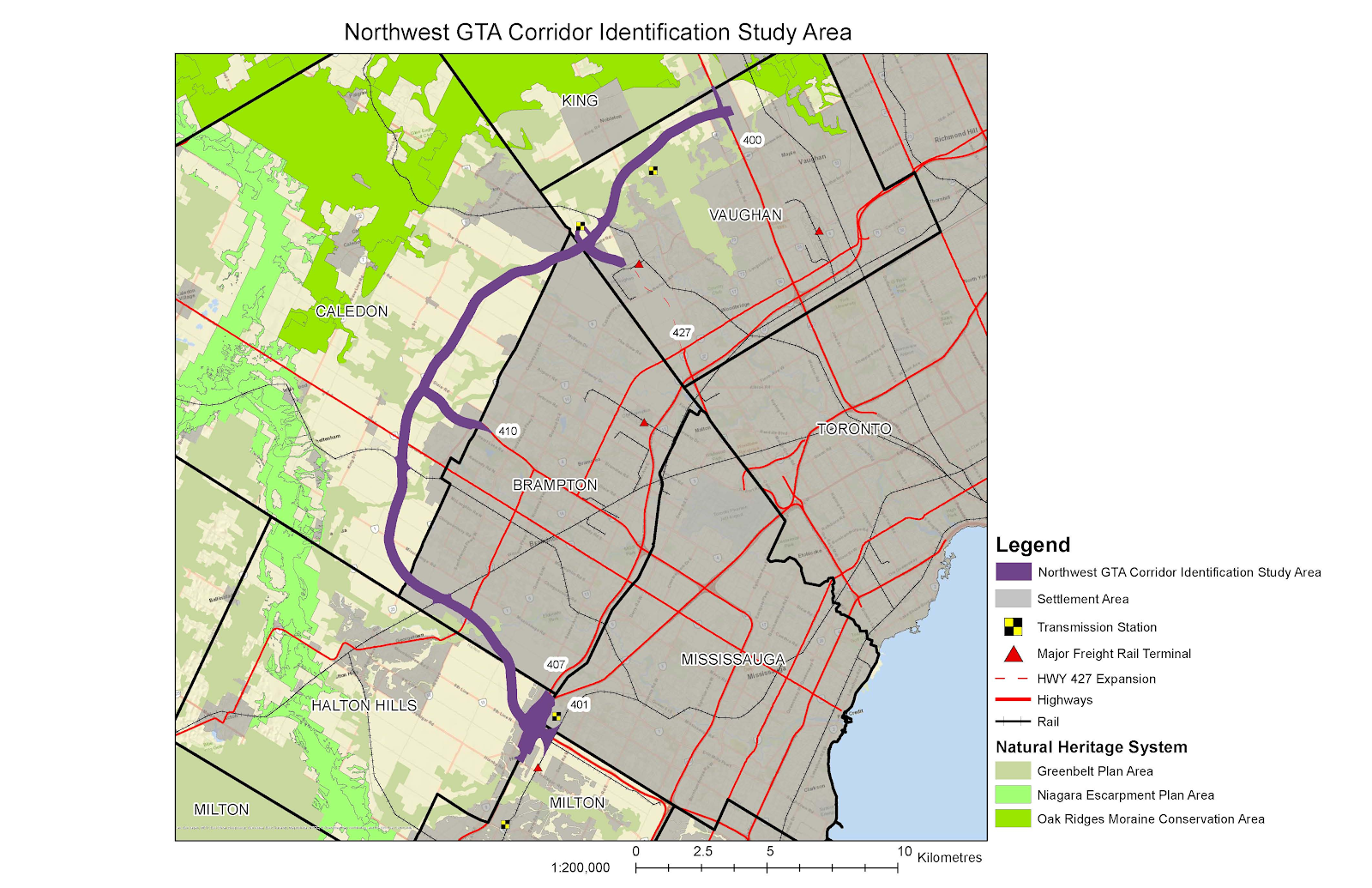 Highway 413 would run from Vaughan through Caledon and parts of Brampton, and out into Halton Region.The province began an Environmental Assessment (EA) in 2007, all the while freezing property development for landowners and businesses.

But the previous Liberal government decided to put this highway project on hold while they were in office in order to explore other transportation & infrastructure options, such as regional express rail, LRT and all day two way GO service.

Brampton mayor Patrick Brown, who recently managed to get the Ford government to capitulate and return a previously cancelled express GO train servicing the city, was pleased the province was officially looking into the highway project again, as he said in this provided statement:

"I was pleased to hear that Jeff Yurek, Ontario's Transportation Minister announced yesterday that the Ontario Government will re-start the Environmental Assessment for the GTA West Corridor. The EA will identify and address transportation needs in the corridor through York, Peel and Halton Regions."

"I also support the provincial government's continued commitment to expand Highway 427.  The widening of the highway from Finch to Highway 7 and the further extension north to Major Mackenzie is good news for our highway infrastructure network."

"With a significant increase in the population in these three regions, we need to examine the long-term transportation planning requirements in the area and provide better linkages between the urban growth centres. The movement of goods and services is very important to our city and region. Getting product to market place is integral for creating an environment that is open for business and I welcome this announcement."