Here’s What People in Brampton Are Saying About Cannabis

The crucial vote whether Brampton should opt in or out of cannabis stores is coming on this Monday, January 21 at a special council meeting. But before then, the councillors are going to hear more feedback from more residents who signed up to speak once more before the vote.

There are also results from the public consultation the city conducted, which ranged from the the town hall held on January 10, to a tele-town hall Mayor Patrick Brown conducted last Monday, as well as various emails and social media posts.

What's interesting in the online survey referenced above is that while a slim majority (54 per cent) opposed retail stores, some 76 per cent of respondents also favoured having legal private stores as the way to purchase cannabis.

The same dichotomy can be seen in the subsequent surveys done after the January 10 town hall and the January 14 tele town hall. With the exception of the in person town hall, people were opposed to retail stores but favoured having them as the means to purchase.

Here's what a number of people have had to say on the issue, according to the January 21 council agenda published on Brampton's website.

A resident named Jotvinder Sodhi cited a number of reasons to opt out in one of the slides in a presentation, such as increased crime, concern over driving while high affecting auto insurance rates, and the physical effects of cannabis.

Another presentation cited a report out of Colorado showing the risk of high school dropout has increased, noting a 74 per cent of youth marijuana use in that state in comparison to the American average.

The city received around 250 emails on the subject. Here are some of those responses they received: 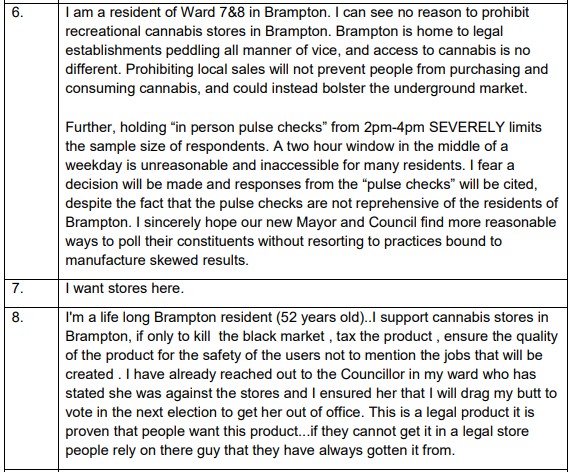 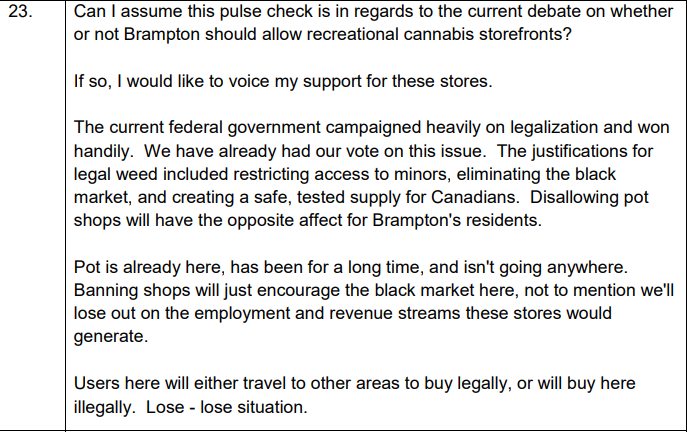 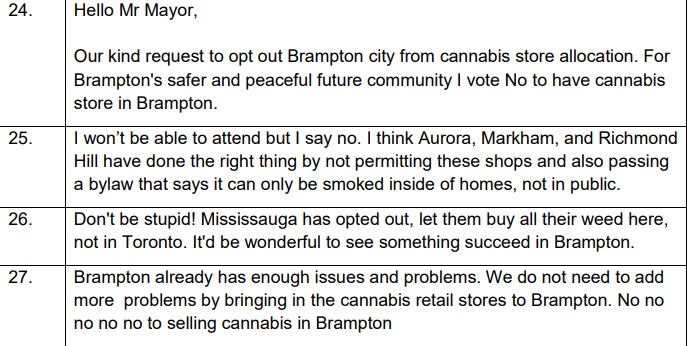 And there were a number of comments from Facebook where the town hall was live streamed: 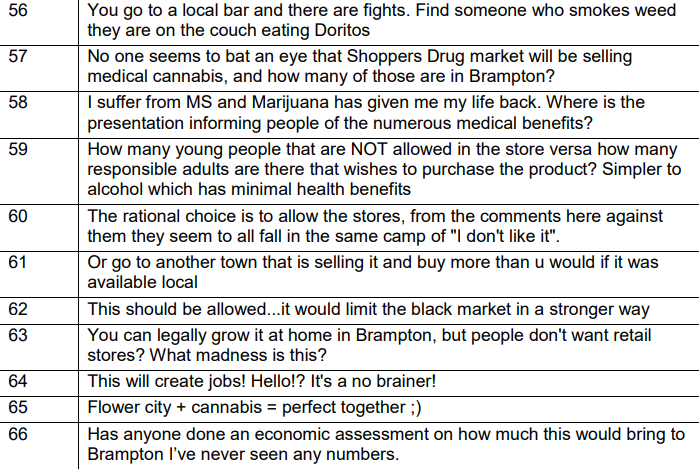 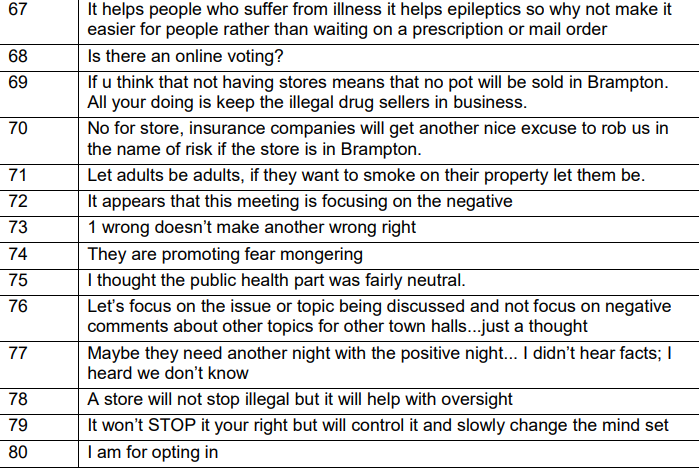 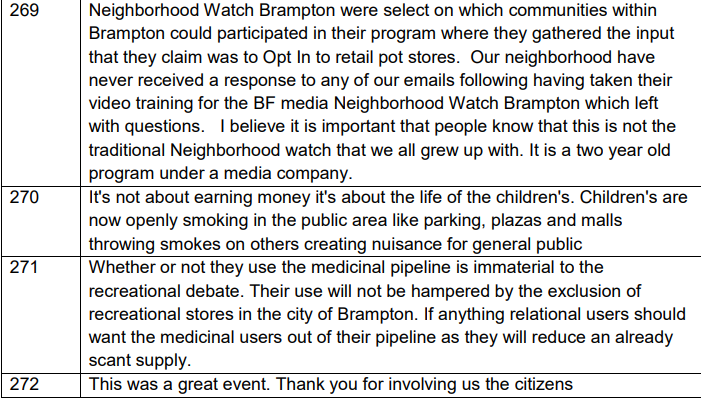 And here are some of the questions from the tele town hall held by Mayor Brown: 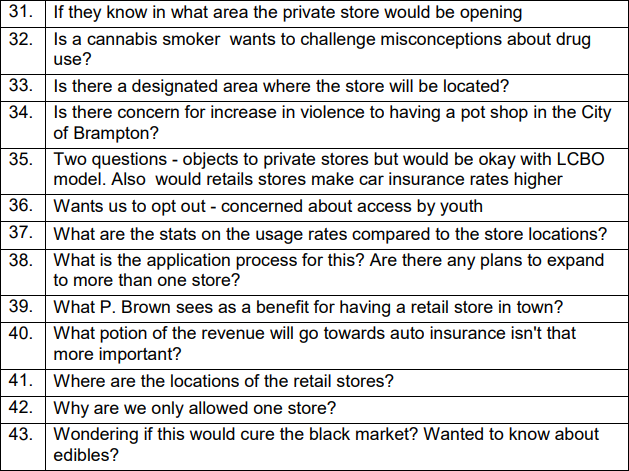 There was also a petition from Coun. Charmaine Williams’ Not In Our Hood campaign with about 50 signatures against opting in as well as a letter from Thomas Cardinal Collins, the Archbishop of Toronto.

The deadline for the City of Brampton to submit their decision is January 22, one day after the January 21 special council meeting by 11:59 pm. The meeting is scheduled to start at 7 pm.

As Brampton is the only major city that has yet to make a decision in the GTA, the result of this vote will be crucial to watch.