While some might think it's too early to get into the holiday spirit, it's definitely not too early to pencil Brampton's upcoming annual Santa Claus Parade into your calendar.

This year, the Santa Claus Parade—presented by the Rotary Club of Brampton—will take place on Saturday, Nov. 17.

You can see a map of the route below: 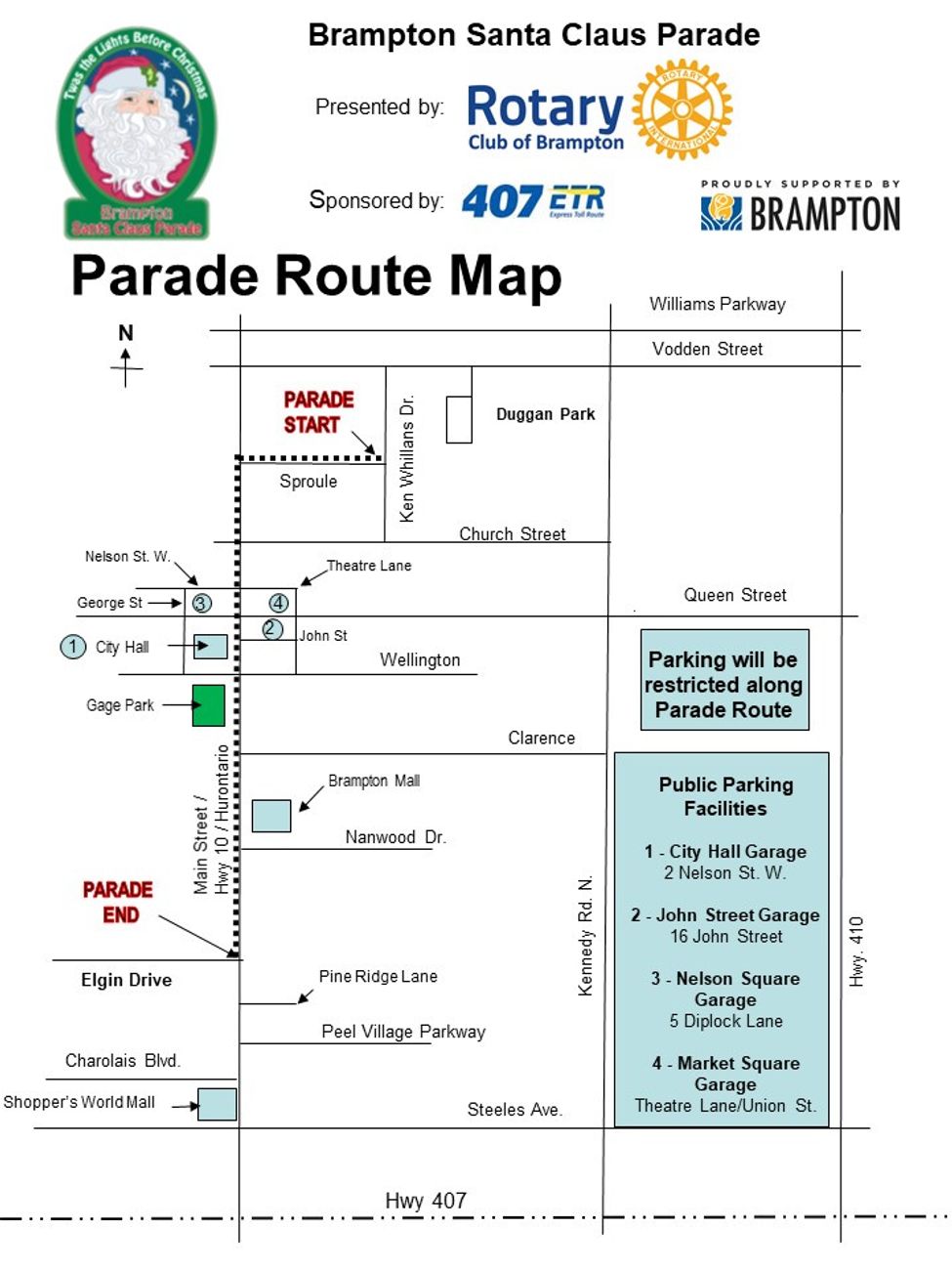 According to the Rotary Club, the parade starts from the corner of Main Street North and Sproule Drive.

It takes the front of the parade approximately 1.5 hours to make its way along Main Street North to Elgin Drive (where it ends).

Road closures will be in effect during the event, and residents should note that there will be no street parking permitted between 2:00 p.m. and 3:30 p.m. between Queen and Theatre Lane on Main St. Parking will also not be permitted on the remainder of Main St. between Sproule and Charolais until the end of the cleanup.

The parade will be held rain or shine, so bring an umbrella if the day ends up being a wet one.