Despite Justin Trudeau's past scandals recently evoking some public ire, he remains the preferred prime minister heading into the 2019 election, a recent survey reports.

A national telephone survey, conducted by Nanos Research and sponsored by CTV News/The Globe and Mail, asked respondents a series of questions regarding the upcoming federal election.

When asked to rank their top two current local preferences for prime minister, Trudeau came out on top at 32% -- a number that has dropped steadily over the past week. 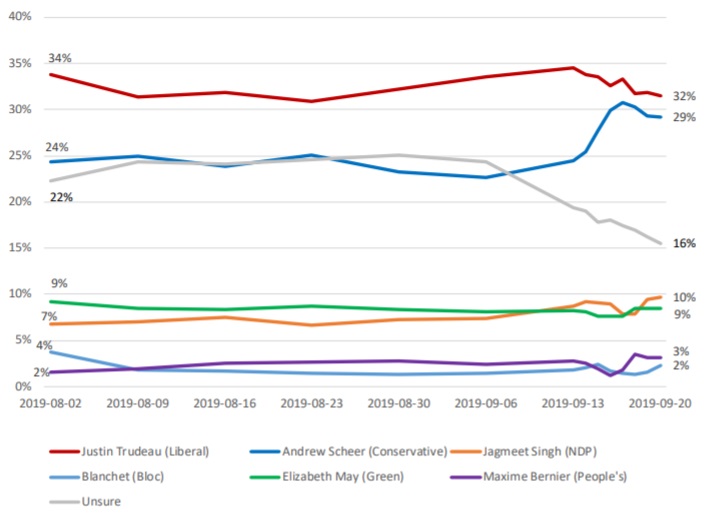 However, when respondents were asked to rank their top two current local voting preferences, the Conservative Party came first at 37%, recently surpassing the Liberal Party which polled at 32%.

The national random telephone survey spoke to 1,200 Canadians throughout the campaign over a three day period. Each evening a new group of 400 eligible voters was interviewed.

Trudeau landed in hot water recently when past photos emerged of the prime minster wearing blackface and brownface.

He issued a public apology, saying "I take responsibility for my decision to do that. I shouldn’t have done it. I should have known better. It was something that I didn’t think was racist at the time, but now I recognize it was something racist to do and I am deeply sorry.”