A lucky Brampton woman is celebrating tonight with some extra money on this New Year’s Eve.

Cherie Mattucci has won $100,000 in the Big Spininstant Game. 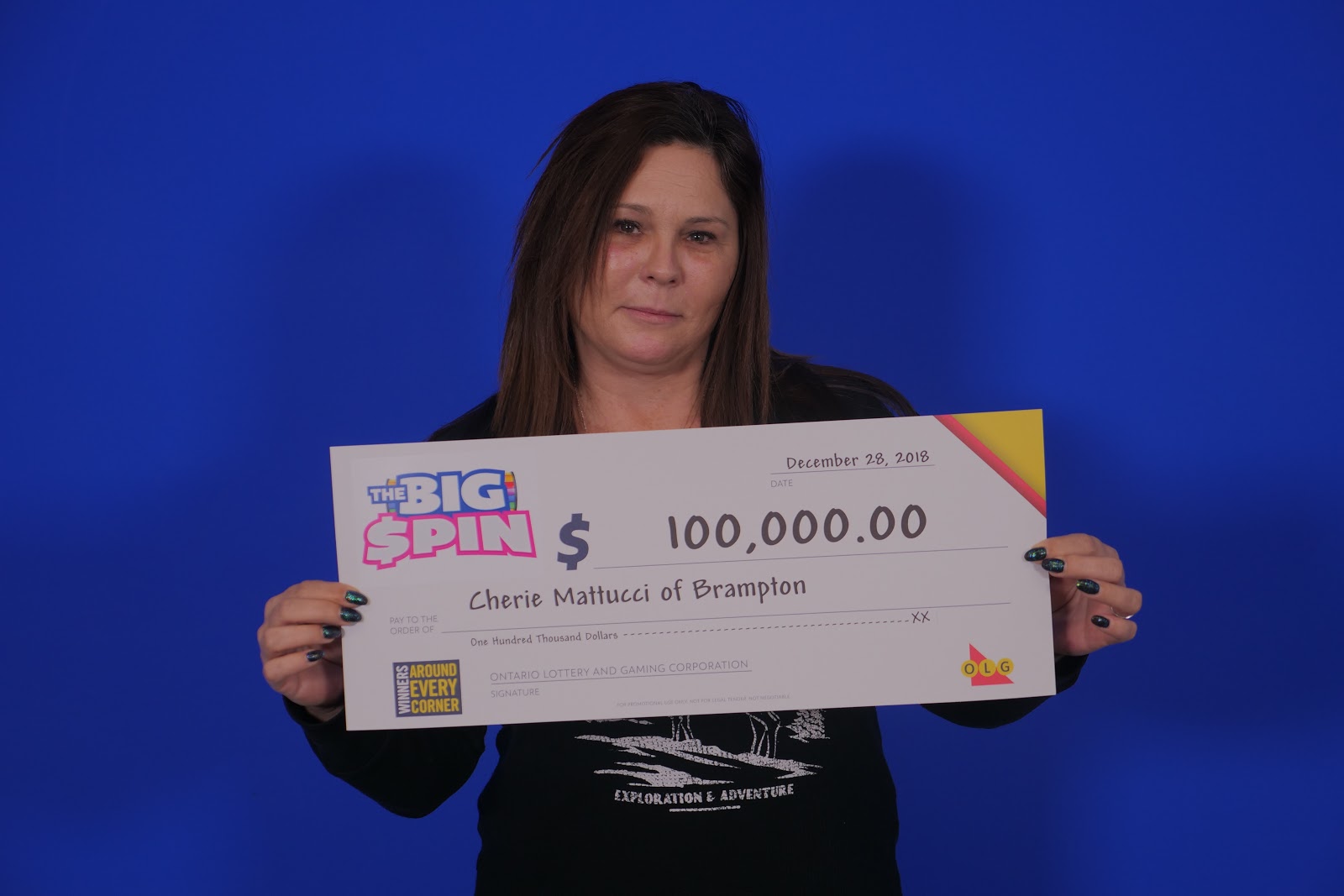 The Big Spininstant Game is an exciting $5 game that combines popular scratch play with prizes revealed in-store by an animated spinning wheel on the lottery terminal screen and potentially, an in-person spin on THE BIG SPIN Wheel at the OLG Prize Centre in Toronto.

There are three ways to win:

The winning ticket was purchased at ABC Convenience on McMurchy Avenue in Brampton.