Facebook has been at the center of controversy before, and the jagged feelings some have towards the platform are not going anywhere anytime soon.

A Nanos survey found that over eight in ten Canadians believe that the social media giant is generally untrustworthy with people's personal data, with seven in ten additionally thinking that Facebook does a poor job at monitoring how it measures politics. 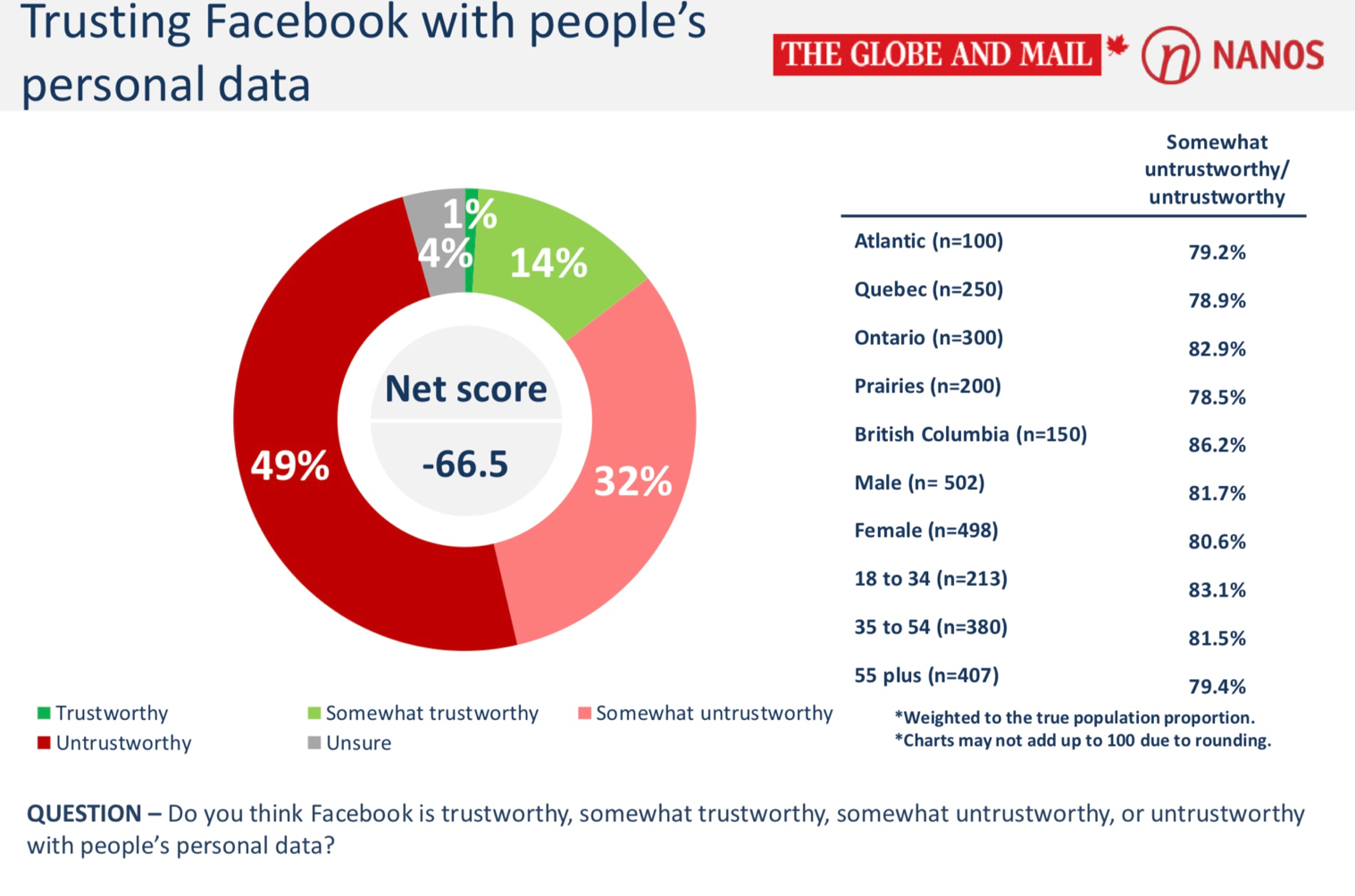 The survey was conducted via land and cell phone lines, and also by polling 1,000 random Canadians over the age of 18 online. The margin of error for the random survey was 3.1 percentage points, 19 times out of 20.

Targeted demographics for the survey included those from Atlantic Canada, Quebec, Ontario, the Prairies, British Columbia, with factors of gender, age, education and income also considered.

The majority of those polled felt that Facebook was generally untrustworthy (49 per cent), with an additional six in ten Canadians also believing the platform will have a negative impact in some fashion on upcoming federal election.

To further add to the negative feelings associated with the platform, a majority of Canadians also support a requirement that would force foreign companies to pay a sales tax on services provided to Canadians. 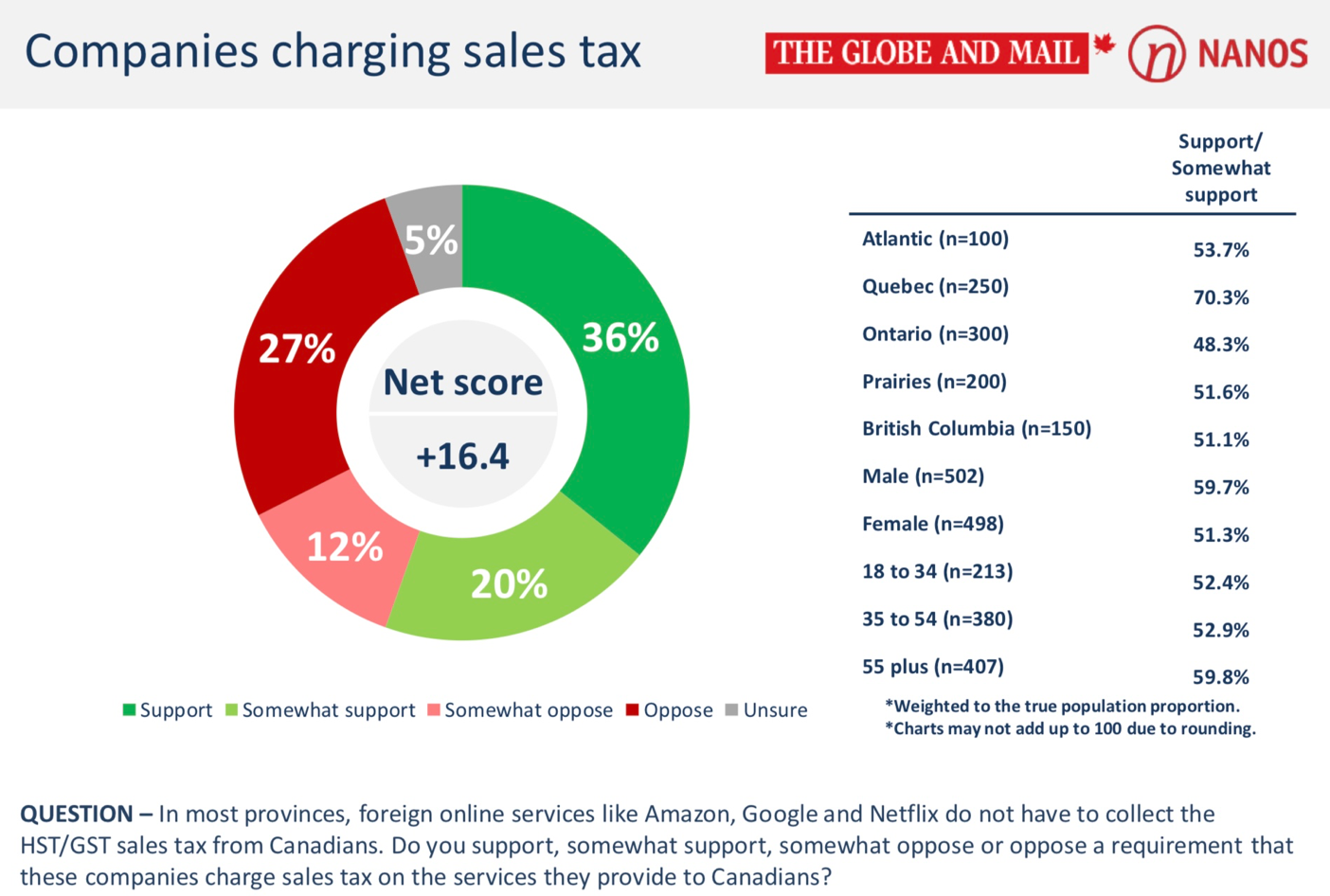 Do you think that Facebook is generally an untrustworthy social media platform?