Police are searching for a missing person in Brampton.

Cordeiro was granted a temporary pass to leave the hospital and did not return, police say.

He is described as a white male, 5'10, with a light complexion and medium build. He has black prescription eye glasses and a full black beard.

Cordeiro was last seen wearing a black and green camo baseball hat, a grey Under Armour t-shirt with black on the shoulders and sides, black shorts, grey running shoes with the laces removed, and white socks. 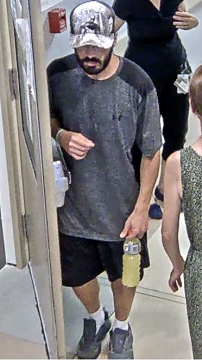 Police are concerned for his well-being and safety.