Brampton woman Sandra Fratelli was congratulated for her top prize win of $250,000 with Instant Cash Out Multiplier.

The winning ticket was purchased at Becker's on Williams Parkway in Brampton. 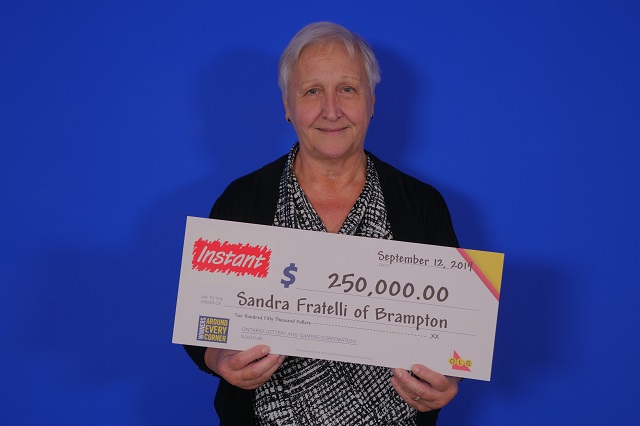 The winning ticket was purchased at the C.U. Variety on Bramalea Road in Brampton.

Congratulations to all the winners!