On the heels of a Forum Research poll showing Patrick Brown and Linda Jeffrey tied with 40 per cent each in their quest to become Brampton's mayor, a new survey has come out showing the former Ontario PC leader ahead in Monday's municipal election.

The polling firm Mainstreet Research, which accurately projected a Liberal majority government in the 2015 federal election, has released a poll showing Brown in a narrow lead of about five points ahead of the incumbent mayor. 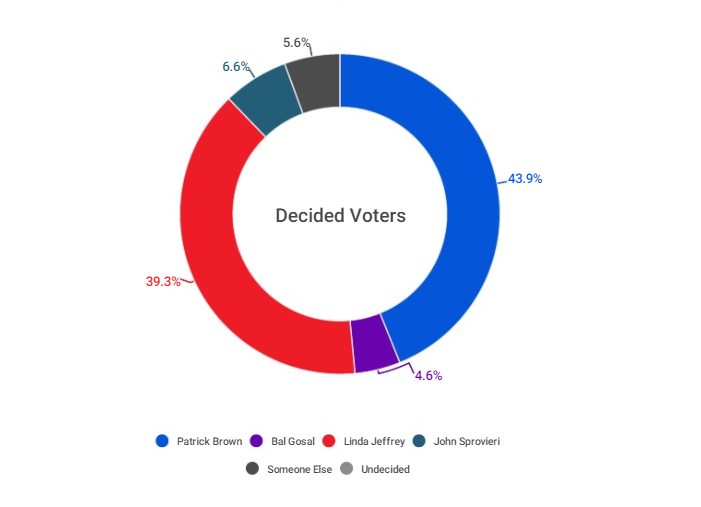 Wards 9 & 10 Regional Coun. John Sprovieri has 6.6 per cent support while former MP Bal Gosal has 4.6 per cent. Support for the remaining candidates, Wesley Jackson, Mansoor Ameersulthan and Vinod Mahesan, were lumped into a "Someone Else" category.

What are you thoughts on the latest poll?