Police are investigating a an alleged break and enter incident in Brampton.

Police allege the first suspect was seen driving a black Mercedes and parked in front of one of the bay doors to the business.

According to police, he allegedly broke into one of the bays and drove a new unregistered F-150 pickup truck out of the bay and parked it along the side of the building.

Police say the second male suspect got into the stolen truck and fled westbound on Canam Crescent.

The first suspect is a described as a white male in his mid to late 30s with faded black hair in a combover and distinct cut on the left side, a moustache and goatee-style beard. He appeared to have a heavy build was seen wearing a long green shirt, a black jacket and brown shoes. 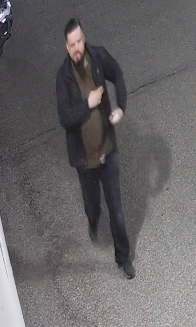 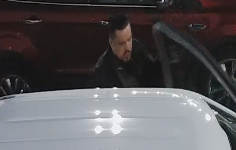 The second suspect is described as a white male with a slim build. He was seen wearing red high top style shoes, blue jeans, a black leather hat, and a black Adidas jacket with white stripes on both arms. Police say he was observed on camera smoking a cigarette. 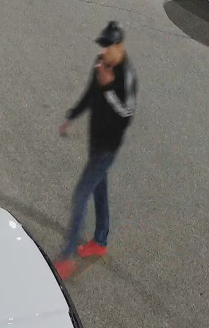 Anyone with information regarding this incident is asked to contact investigators with the 22 Division Break and enter unit at (905)453-2121 ext. 2233.