The November 19 planning committee meeting in Brampton saw a number of development applications for proposed commercial properties, as well as two condo buildings near the Bramalea City Centre.

But neither the condos at Dixie and Queen Street sounded as contentious as the one proposed for 80 Scott Street in Ward 1. A number of residents made their voices heard and they were overwhelmingly against it.

This is what the current building on the property looks like: 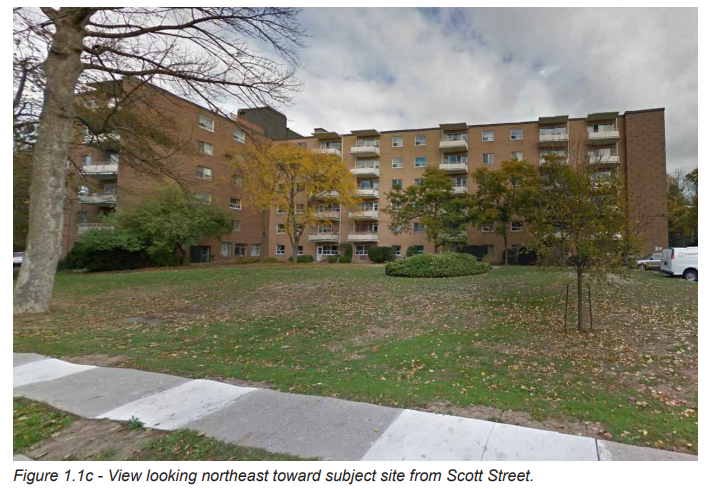 The developer is submitting an application to demolish the current building and put up this in its place, a 17 storey building with 358 units with 460 below grade parking spaces: 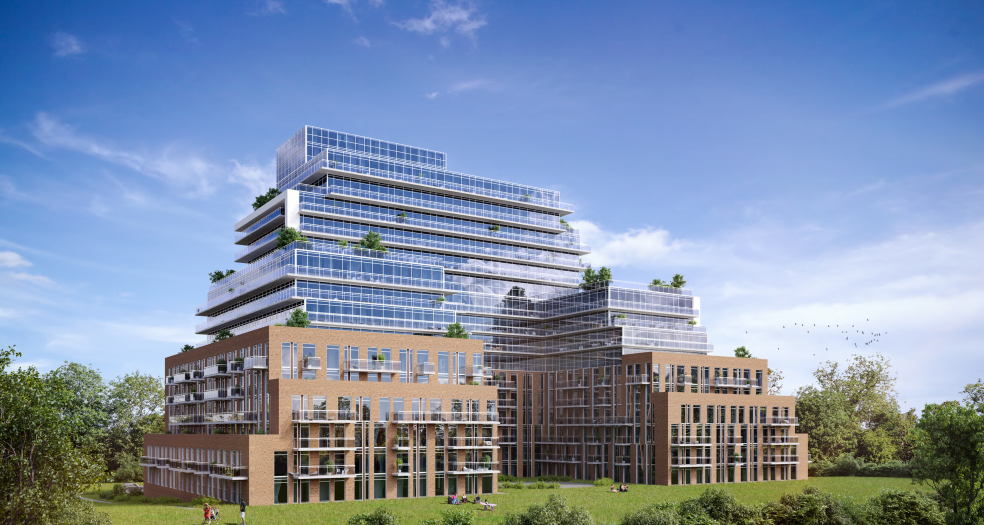 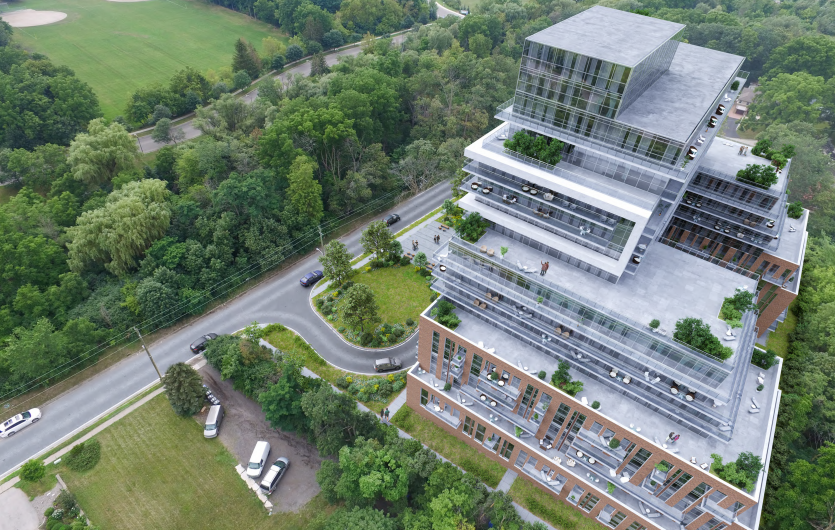 As for the reasons why the developer chose this location, they cited in their urban design brief that it was close to downtown Brampton and the GO station, and that there was ‘appropriate interface’ with Etobicoke Creek.

There was also “an effective streetscape along Scott Street that is appropriate to the built form, reflects the scale and function of the neighbourhood, and encourages pedestrian connections.” 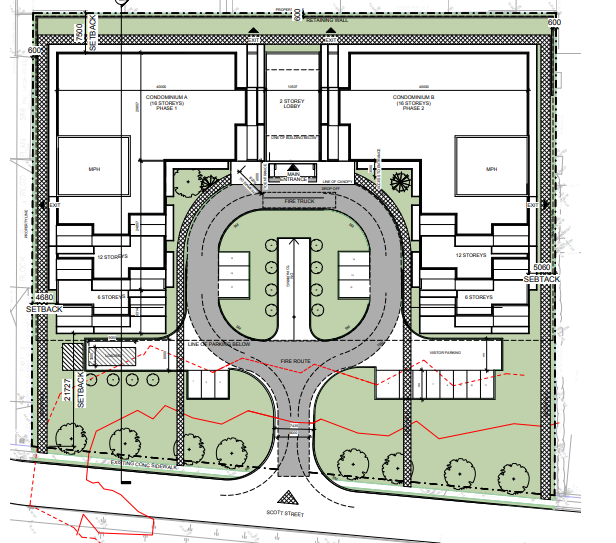 This is what the site from an overhead view looks like in proportion to the rest of the area: 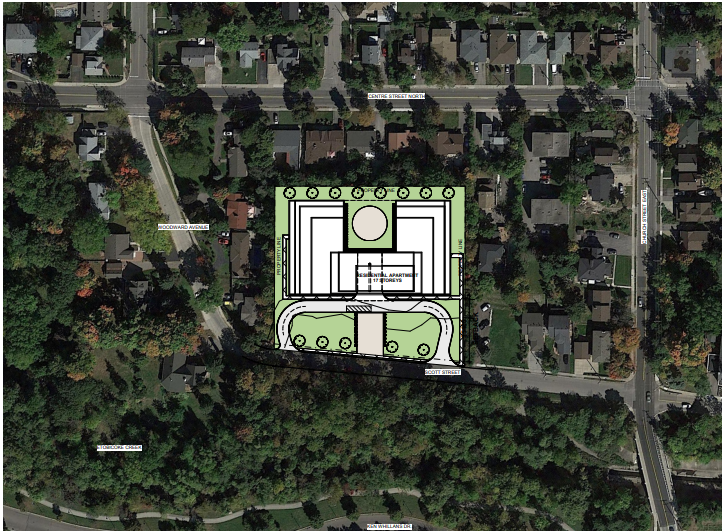 Here are some of the proposed designs for pedestrian connections, shrubbery and bike racks: 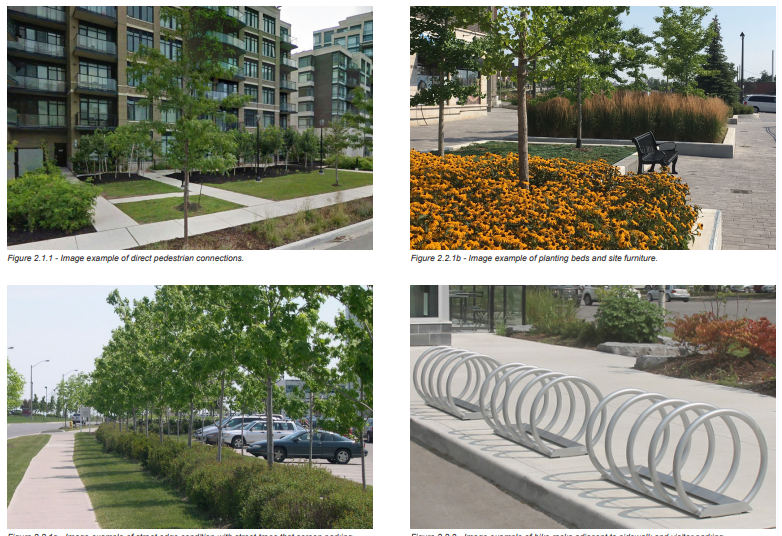 And a closer look at the proposed entrance to the underground parking, the main entrance and the steeped building format (which is likely a way to address shadow impacts on existing homes nearby). 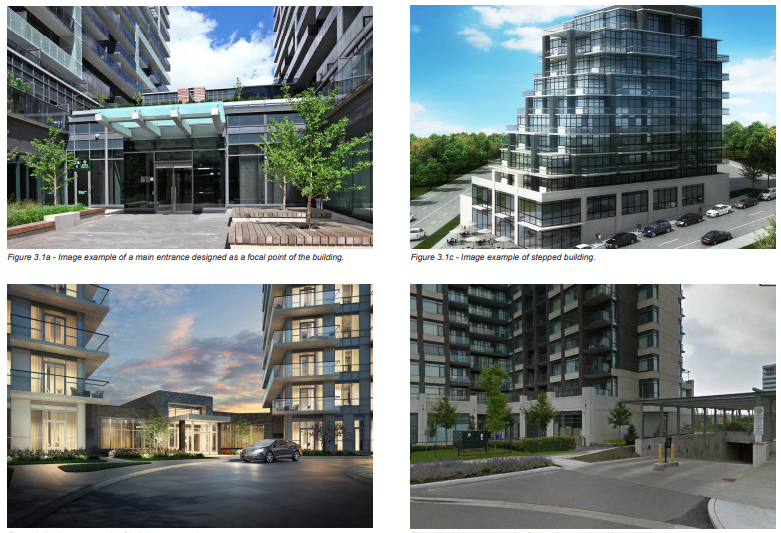 There was a shadow study done by the applicant, showing that the greatest impact on residential homes would be at 9:30 am on the 21st of March, June and September, and the flood study concluded that the grading strategy described above respects Toronto Region Conservation Authority’s requirements with respect to development in floodplain impacted areas to ensure flooding is not increased, with a more detailed report to come later.

It should be noted that this is only the first presentation and no final decisions have been made by council, but that didn’t stop various residents having a lot to say about this proposed development.

One man brought up Premier Doug Ford’s decision to axe rent controls on new units, saying he’s going to be displaced because of this development. Another resident brought up the risk to the floodplain.

A woman and new homeowner named Stephanie gave one of the more articulate deputations, saying the structure is “socially disruptive for the area,” asking how much soil will be required for the retaining wall as well as the effects on the heritage of the community.

Another issue that came up was safety in regards to coyotes being driven into the residential neighbourhoods during the construction, and there was more concerns raised about neighbourhood integrity, wildlife coming in and invasion of privacy.

Even the blogger known as Brampton’s recorder, who earlier spoke in favour of those condos across from Bramalea City Centre, raised concerns about the proposed building being too big for that area. 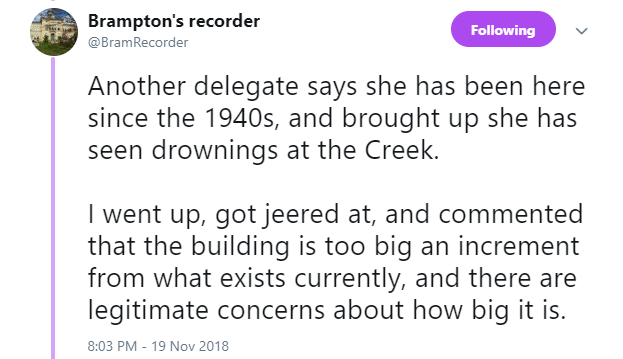 What is noticeable for me is that this building is quite reminiscent of a building in Mississauga that was proposed when residents there deemed it too large for the historically village like area that it was being proposed for. The 80 Scott Street proposal is rather large compared to the surrounding neighbourhood.

The area around downtown Brampton at this moment is mostly single detached homes, and while condos are needed if the city is looking to put more residential without putting up houses in the outskirts, this building does seem a bit much, almost like it’s more suited for Toronto.

Do you think this proposed condo for Brampton is too big?