Some Brampton Residents Are Getting This Unique Award

Mary Iusso owns Cristina's Tortina Shop at Main and Vodden in Brampton, and we had the chance to sit down and chat with her one-on-one about her entrepreneurial journey.

Her nine-year-old daughter Cristina has been a huge inspiration for the business, where Iusso hires people with Exceptionalities - like Down Syndrome, Autism, and other special needs - to be a part of her team.

Well, now the City of Brampton has recognized Iusso, as well as others, for empowering people with disabilities in various aspects, in the first annual Accessibility Awards.

"Confident and independent living are important for individuals with disabilities. The more we can do as a community to help remove barriers, the more they can become active and engaged in our city. The winners of our Accessibility Awards have shown that by creating the right opportunities and recognizing capabilities rather than focusing on disabilities, there's a brighter future for everyone," said Councillor Pat Fortini, who sits on the city's Accessibility Advisory Committee.

At a reception at city hall this past week, there were three categories of awards presented: two Community Awards for a team and individual and a Business Award, which Cristina's Tortina Shop was presented with: 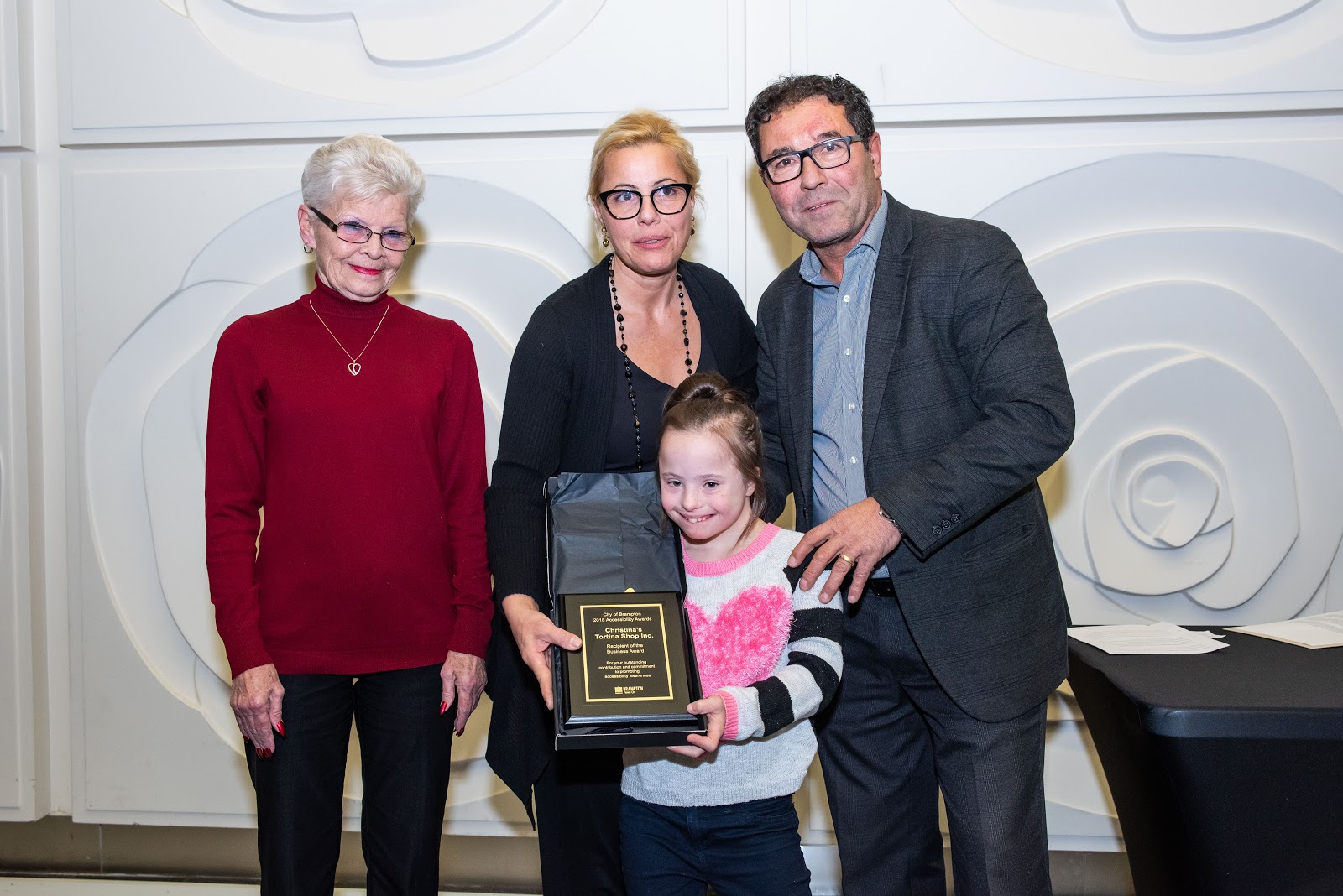 The Community Member Award was presented to Jennifer Andrade, who is actively involved in the Special Olympics Brampton Chapter. She helped coach and support athletes through sport, helped boost their confidence and ultimately advocates for inclusiveness in the community. 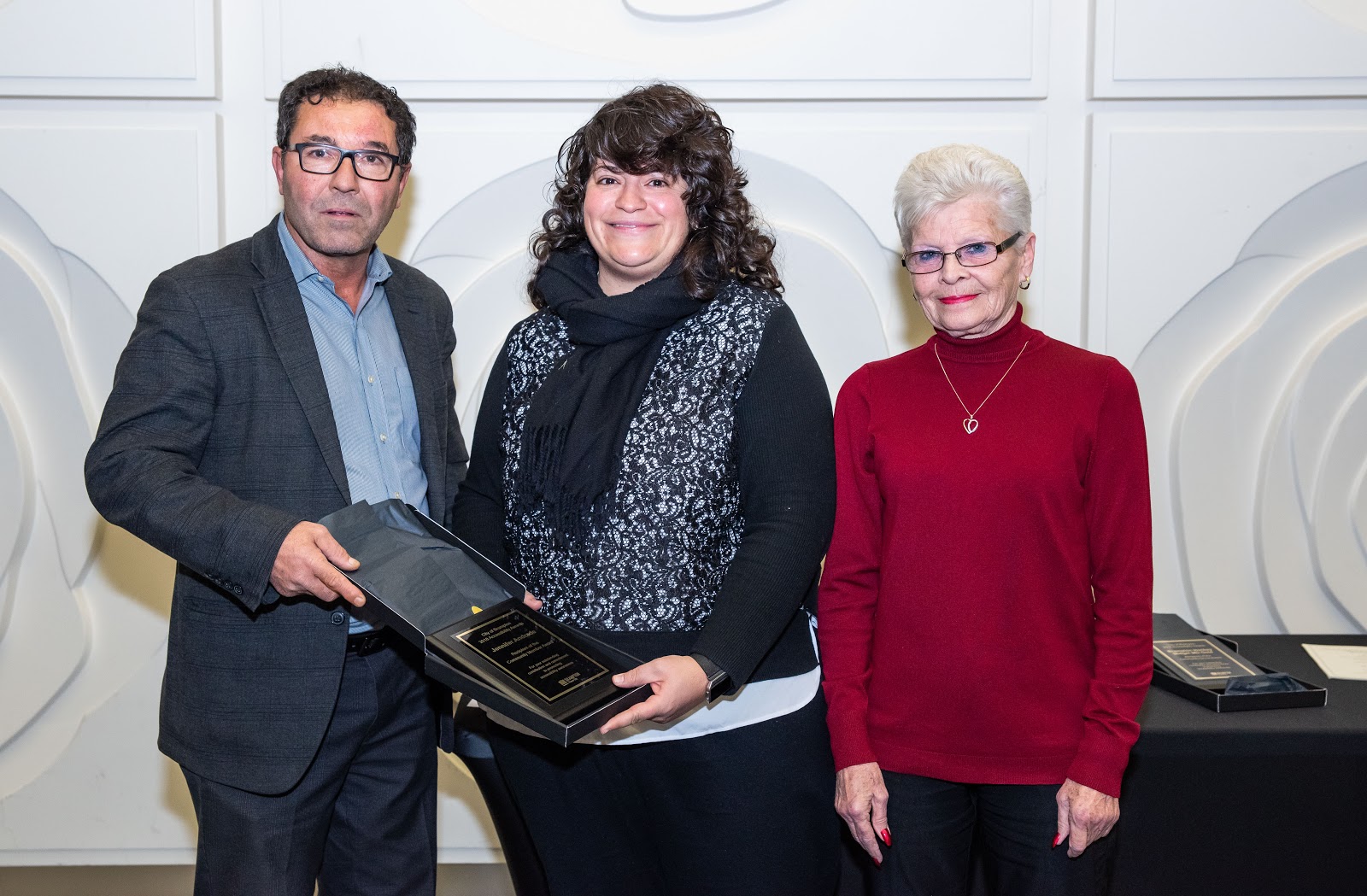 The Brampton Hockey Midget MD Gold Team won the Community Member Award for a team. Members of the team actively raise awareness and support the abilities of people with disabilities. They embrace the belief that you do not have to be a player on the ice to be a member of their team. 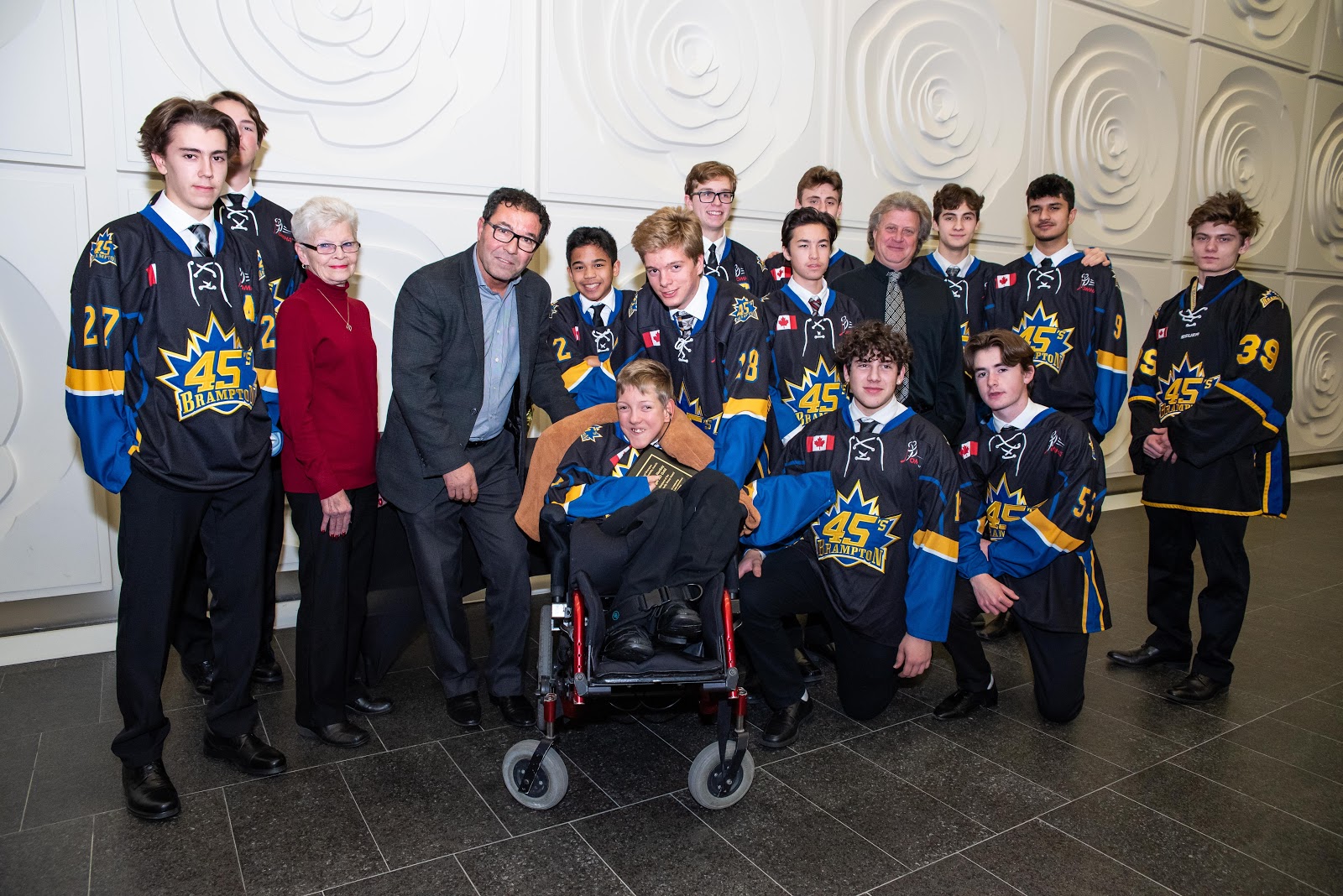 Nominations for the 2019 Accessibility Awards will open next August and close in mid-September. Nomination forms will posted on Brampton's website and paper copies will be available at City Hall in the summer of 2019.

Do you know anyone in Brampton making a difference for those with disabilities?