Some MPPs Still Don't Have Office in Brampton and Mississauga

A rather bizarre side story out of the ashes of last June's provincial election.

During the provincial election, all previous Liberal incumbents were tossed out of office across Peel Region, a key election battleground, in favour of Conservatives and New Democratic Party candidates.

All Members of Provincial Parliament (MPPs) across Ontario were sworn in sometime around late June to early July and have already taken their seats in the Ontario Legislature.

However, while MPPs should have their offices up in Queen's Park, they also need an office back in their local riding to coordinate with their downtown Toronto locale for constituents looking to access provincial services, or coordinate with the federal MPs in the same riding in case some residents have case matters that are handled federally.

But six months later, there are three MPPs from Peel Region that still don't have a constituency office open in their ridings, at least according to the bios in the Ontario Legislature website: Sheraf Sabawy, Gurratan Singh, and Sara Singh. 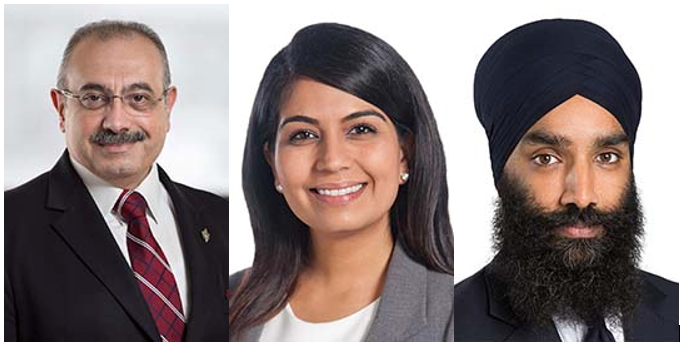 Sabawy is the PC MPP for Mississauga Erin Mills, while both Singhs are NDP MPPs representing Brampton (Gurratan for Brampton East and Sara for Brampton Centre). We emailed all three MPPs asking where their constituency offices are and none of them have responded.

For some context, here are the constituency office address of all the other MPPs in Brampton and Mississauga.

Considering that these people earn salaries north of $100,000, it's rather concerning that constituents in Erin Mills and in two ridings in Brampton still can't access their elected politicians for required services.

Sabawy is just a backbencher for now, but still has a constituency to serve. Sara Singh is the deputy leader of the NDP, while Gurratan has been rather outspoken alongside his colleagues on issues such as auto insurance and the hopsital.

Even Brampton West’s Amarjot Sandhu, who has been accused of being completely invisible in Brampton, has an office in his riding.

If an MPP is only doing their job at 50 per cent capacity, in this case with only one office in downtown Toronto available, how well are they really serving their constituents?

What do you think of these MPPs not having offices in their ridings?

UPDATE: A spokesperson for the NDP confirmed that Gurratan Singh had been working out of a temporary space on 1 Gateway Boulevard, after his lease expired after the election. Sara Singh has an ‘operational community office’, located at 456 Vodden Street East, Unit 12, and was also working out of Yarde’s office temporarily.