Some Needy Families Receive an Early Christmas Present in Brampton

Several months ago inbrampton.com reported on a new swath of affordable housing coming to Brampton. Back in May, Habitat for Humanity GTA kicked off a 13-home build project at 59 McLaughlin Road North.

13 families in need will call the new houses their homes, with the help of government and private sector partners. The McLaughlin site will house one three-story building and three two-story buildings for a total of 13 townhomes set for ownership.

On Tuesday December 11, there was a dedication event was held as families stepped into their new homes for the first time. The townhouses are located right beside the Chris Gibson Recreation Centre. 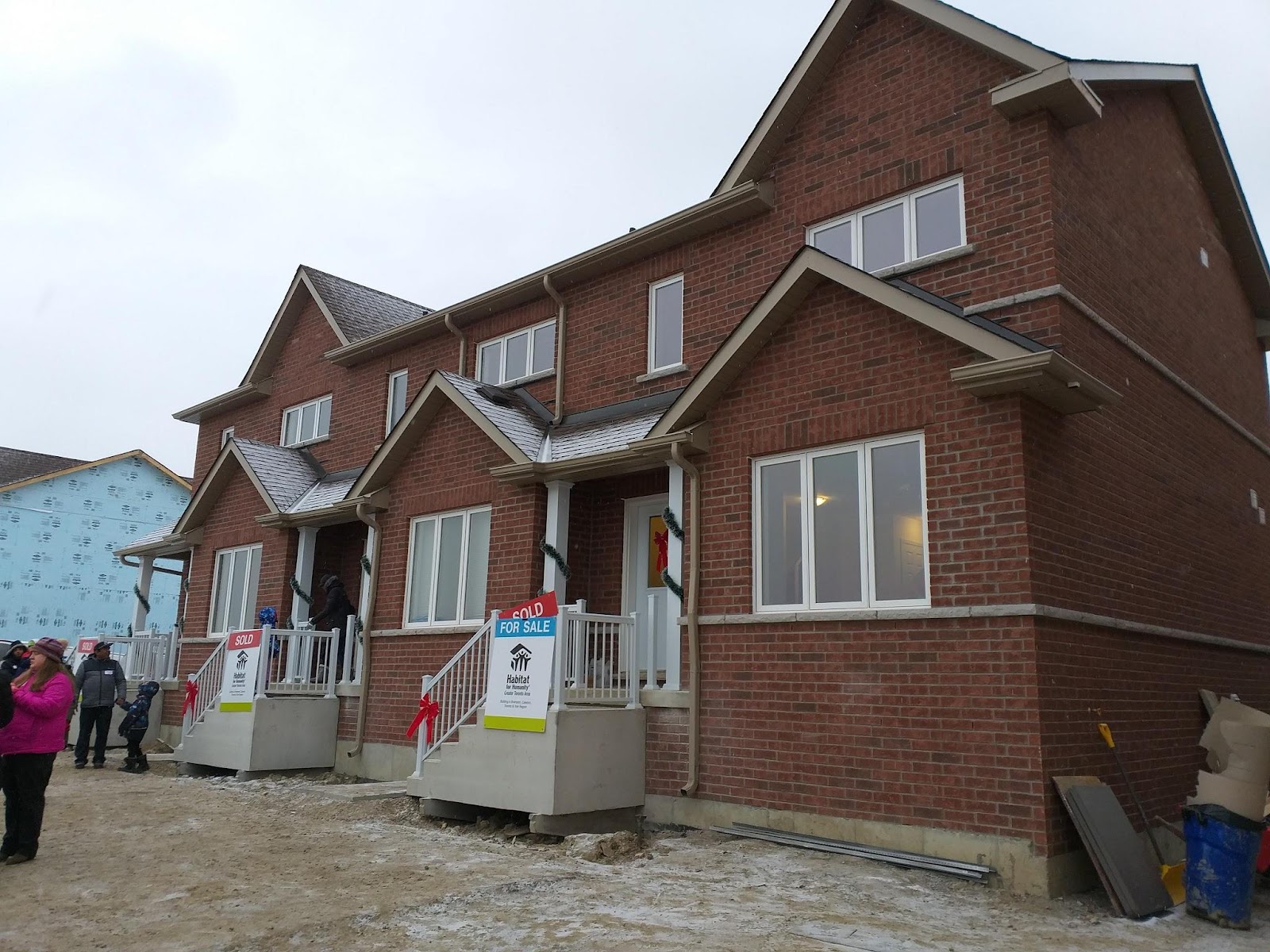 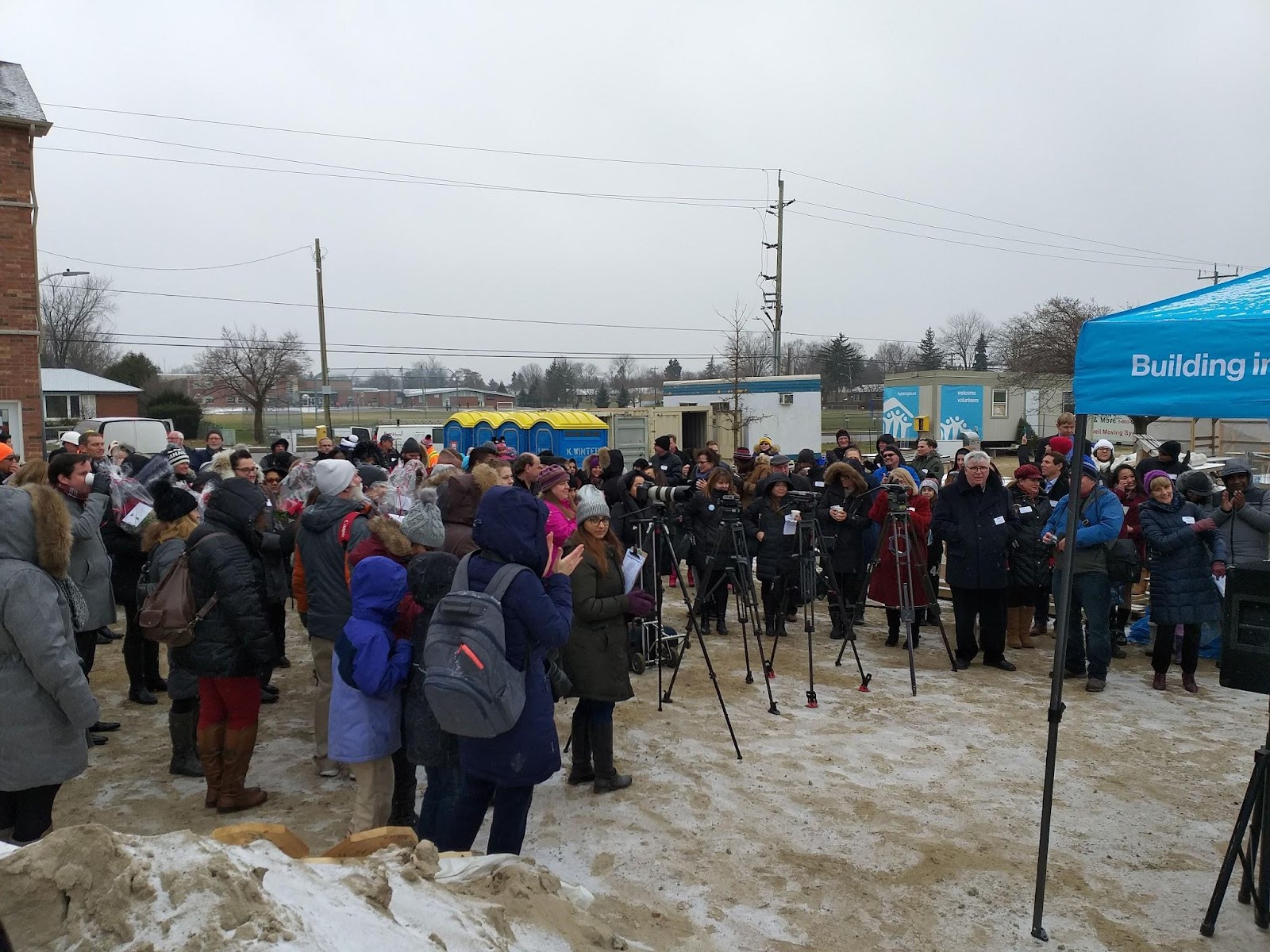 The homes will go on to house 13 families, consisting of 24 parents and 38 children. Those families were on hand to receive their ceremonial “keys” to their homes as well as the actual keys, with which they were able to step into their new homes for the first time. 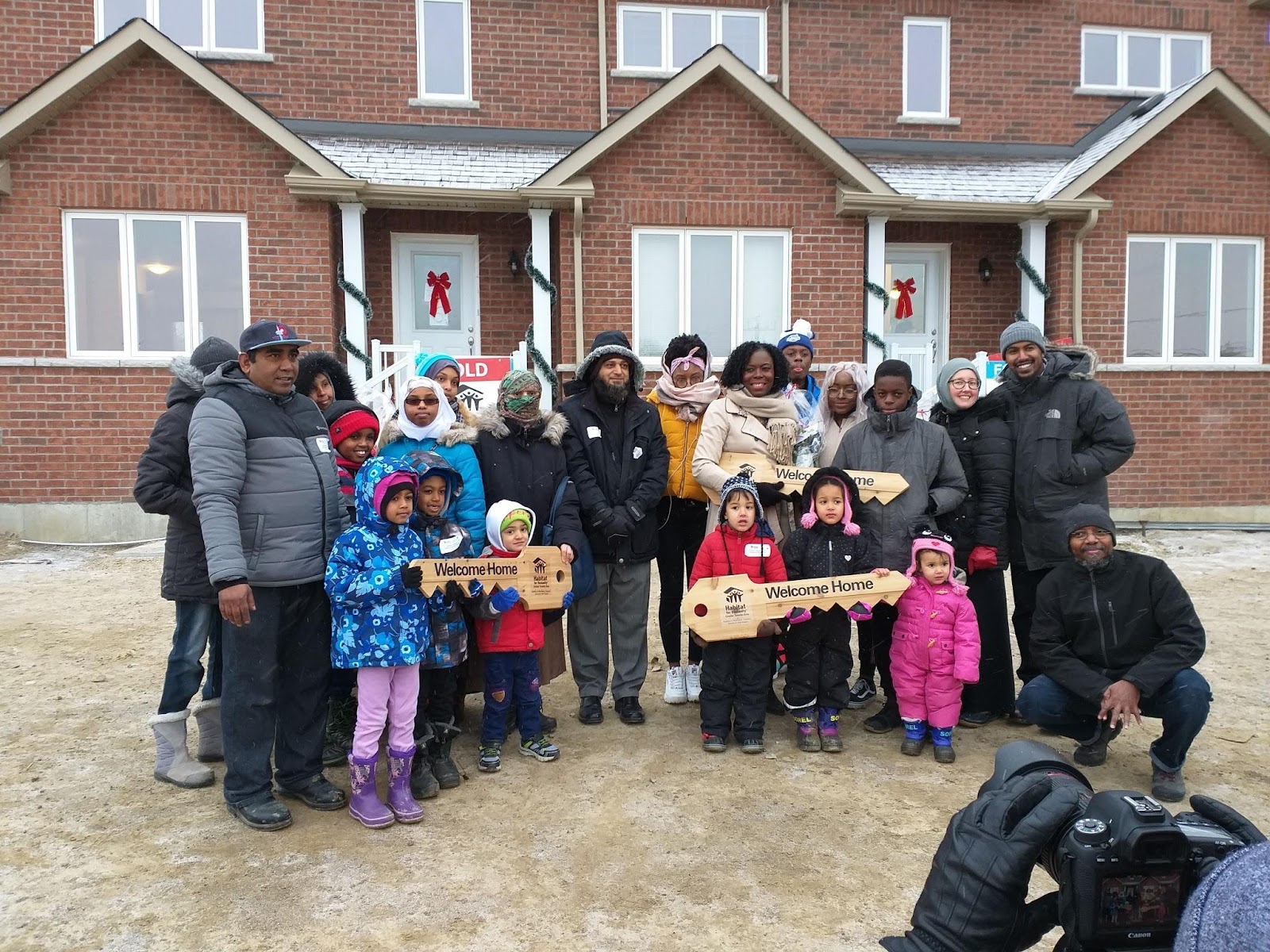 Mayor Patrick Brown and local councillor Rowena Santos were on hand to offer remarks at the dedication.

Patrick Brown at Habitat for Humanity Dedication from Kantastic on Vimeo.

Families are selected based on homeownership criteria, such as the applicant must have been living in an unsafe, unhealthy, or overcrowded housing conditions, and spending a high amount of their gross income on rent.

A family must also be willing to volunteer 500 hours of sweat equity as a down payment on their home, attend a series of workshops and information sessions on homeownership with Habitat for Humanity GTA  and take part in initiatives that help forward that mission.

Finally, they must also be able to pay a mortgage, must have a reliable source of income, show a stable income history with limited debt, and demonstrate their ability to pay a mortgage back to Habitat for Humanity over a 20-year period (mortgage payments never exceed 30 per cent of household income).

According to a spokesperson from Habitat for Humanity, In terms of financial arrangements, Habitat homeowners build equity in the home the same way as any typical homeowner would. The only difference is, instead of a bank or a credit union, Habitat for Humanity GTA is the mortgage holder.

For one of the families, Avu Ghani and his wife Varda, it’s a dream come true.

“We were living in a basement apartment before, and one day I saw an ad from Habitat so we decided to give it a shot. It’s the biggest thing that’s come to our lives; we almost never believed it could happen, it’s too good to be true,” Mr. Ghani said. 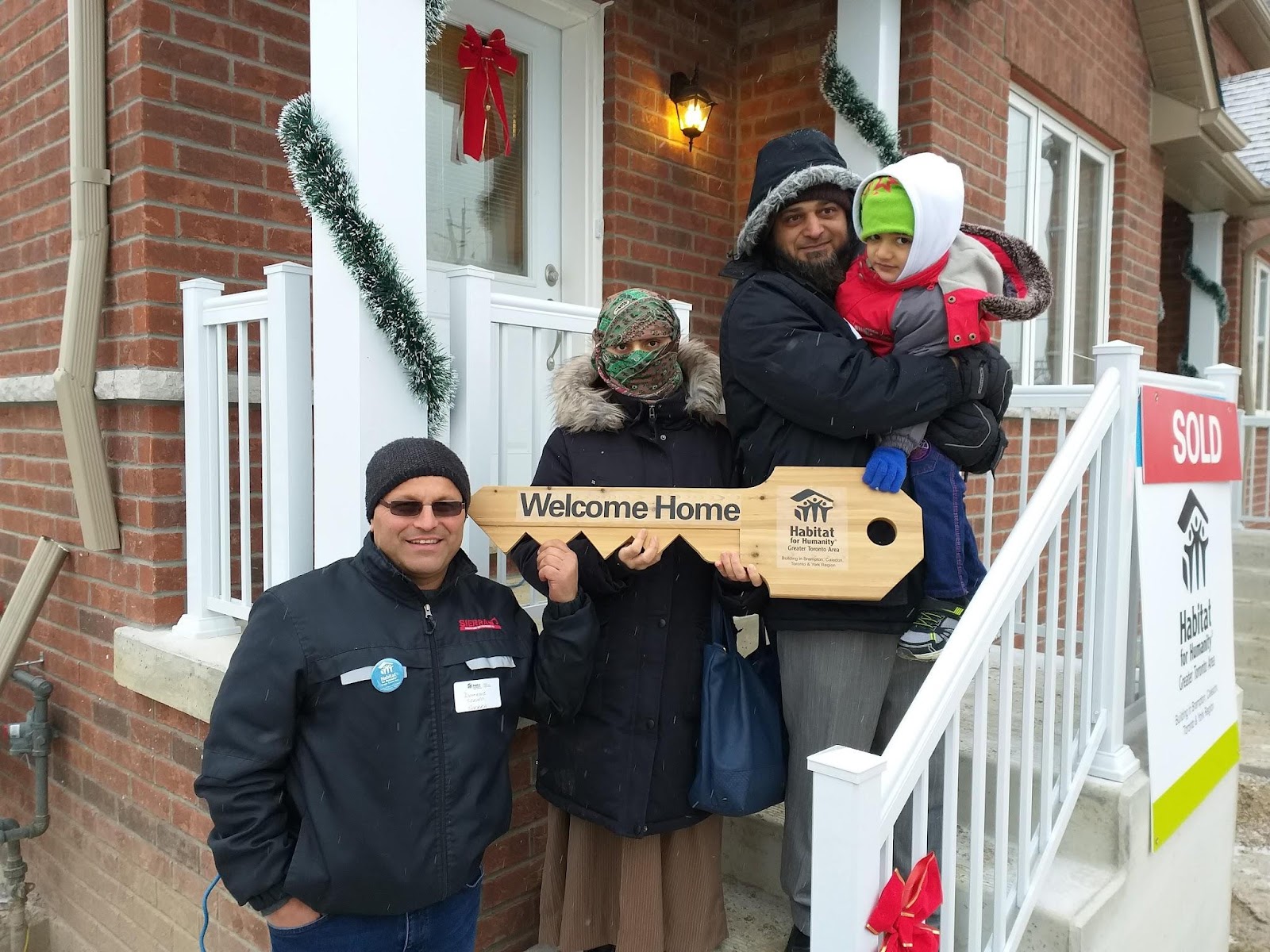 What is also unique about this arrangement is that the families themselves were involved in construction of their new homes.

Another six homes were in the midst of construction and Ene Underwood, the CEO of Habitat for Humanity GTA, announced that more home will be coming on this site in the future.

There are people out there who are not as fortunate as most of us during this holiday season, and this is a stark reminder of struggles people in the community go through just to provide some basic life necessities.

It’s a nice little Christmas story in this sometimes rough and busy world we live in.