Suspects Sought After Vehicles Stolen from Dealership in Brampton

Police are searching for the suspects of a break-in and vehicle theft in Brampton.

The incident happened on Wednesday, May 2 at 8:55 p.m. Police say three suspects attended a car dealership on Canam Crescent, north of Van Kirk at Bovaird.

Two of the suspects were reportedly able to gain entry to the dealership and stole two F-150 pickup trucks, while the third suspect stayed in the car they arrived in and drove off.

The first suspect is described as a white male in his mid to late 30s with a heavy build, black hair in a comb over fade, a moustache, and a goatee style beard. He was wearing a green long shirt, black jacket, and brown shoes.

The second suspect is described as a white male with a slim build. He was wearing red high top shoes, blue jeans, a black hat, and a black Adidas jacket.

The third suspect is unknown at this time. 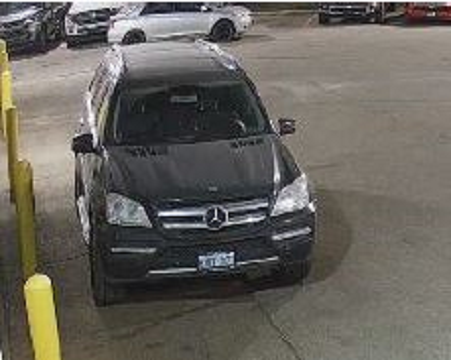