This Popular TV Series is Being Filmed in Brampton

Inbrampton.com previously mentioned a number of movies and TV shows that were filmed in Brampton, and given how the Toronto area has become somewhat of a hotspot for film and television production, it’s probably not that big of a surprise.

Which is why another interesting TV series is going to be shot in this city, as stated in this notice. 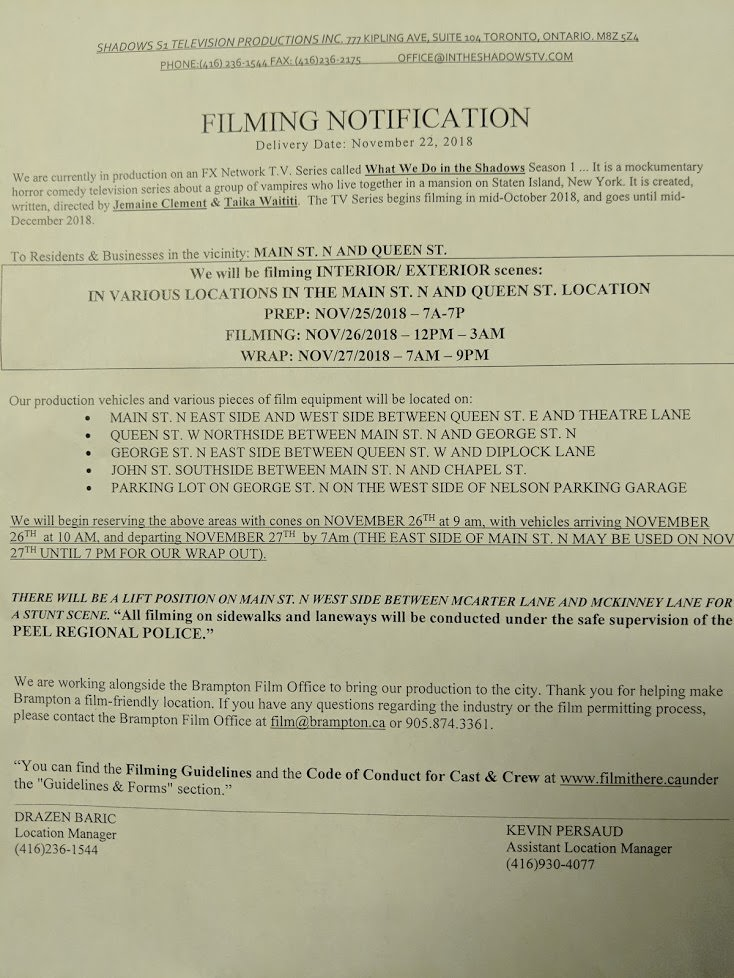 “What We Do in the Shadows” is a mockumentary horror comedy series about a group of vampires who live together in a mansion on Staten Island in New York (think Big Brother with undead creatures of the night).

The series is written, directed by, and starring Jemaine Clement and Taika Waititi. Below is the trailer for the original series released back in 2015.

Filming for the North American version began this October and will last until December of 2018. They will be conducting this filming in various indoor and outdoor locations around Main and Queen Street from Sunday, November 25 to around Tuesday November 27.

The production vehicle and various film equipment will be located in the following areas:

On top of that, a stunt scene will be conducted on Main between Mcarter and McKinney Lane, so there will be a lift position set up in the area.

So while it may be exciting to hear another accolade that this city can put under her belt as a destination for film and television production, for the time being it may be best to avoid downtown Brampton these coming few days.

What do you think of having this interesting and unique show being shot in Brampton?