Here are the 5 hottest restaurants in Brampton for the week of February 16 to February 22, based on the amount of organic page views and searches these restaurants received on inbrampton.com.

If you love dumplings, tea, chicken wings, and Asian-inspired dishes, a brand new restaurant just opened in Brampton and you’ll want to check it out ASAP! Green Bites Dumpling & Tea Bar has officially opened its doors at 35 Resolution Drive, in the same plaza as Walmart at Rutherford and Steeles. Green Bites is serving up homemade everything, but its focus is - of course - on dumplings and tea. Here, you’ll find fresh dumplings in a ton of varieties with unique wrappers, meat and vegetarian options included. Tea is a huge highlight on the menu. Green Bites features organic loose leaf tea such as dragon well, spring green, high mountain oolong, wuyishan black, iron Buddha and yunnan pu-er. We tried the iron Buddha and it will definitely keep you coming back for more - this place serves tea traditionally on a wooden block, steeped in a pot, with traditional small cups to boot. Go here for an awesome tea experience, and don't forget to try the shrimp dumplings. 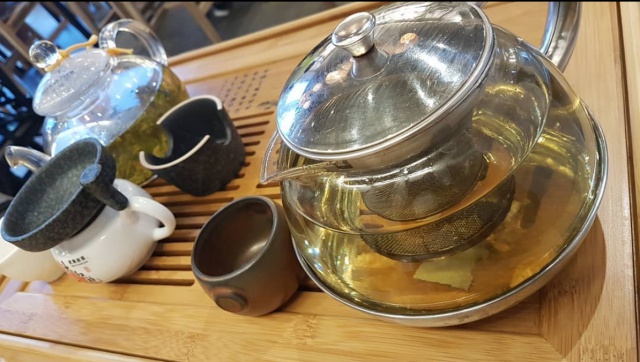 Whether it’s the friendly staff or the range of food choices, Keenan’s has got something about it that leaves a lasting impression. Right when you walk into this Irish pub on Queen and Major William Sharpe you will surely feel like you chose the right spot to spend your night out. The staff is super attentive and if you need help figuring out what’s worth ordering, they’re great at pointing you in the right direction. I highly recommend trying the Drunken Shrimp off of the menu which is bacon wrapped shrimp, deep-fried and placed on a mouthwatering combo of guacamole and aioli. The drunken shrimp had me wanting to come back for more which is something their nachos did for me in the past. It’s almost feels like a guarantee that I’m going to love whatever I order! So if you’ll take my advice, don’t pass up the idea of heading out to Keenan’s sometime soon! 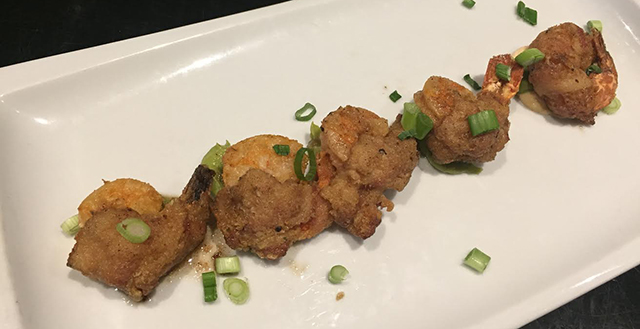 Not to be confused with a drive-in movie, Sonny’s is an iconic restaurant located on Kennedy just north of Queen Street. With picnic tables out front, they are known for their charbroiled burgers, fries…and o yeah, their onion rings!! These onion rings are truly legendary and well known across the city. Thick, crispy, well salted, and borderline addictive! I know I wasn’t able to cover all the onion ring options in the city, but I’ll be quite shocked if Sonny’s onion rings aren’t in your own top 3. 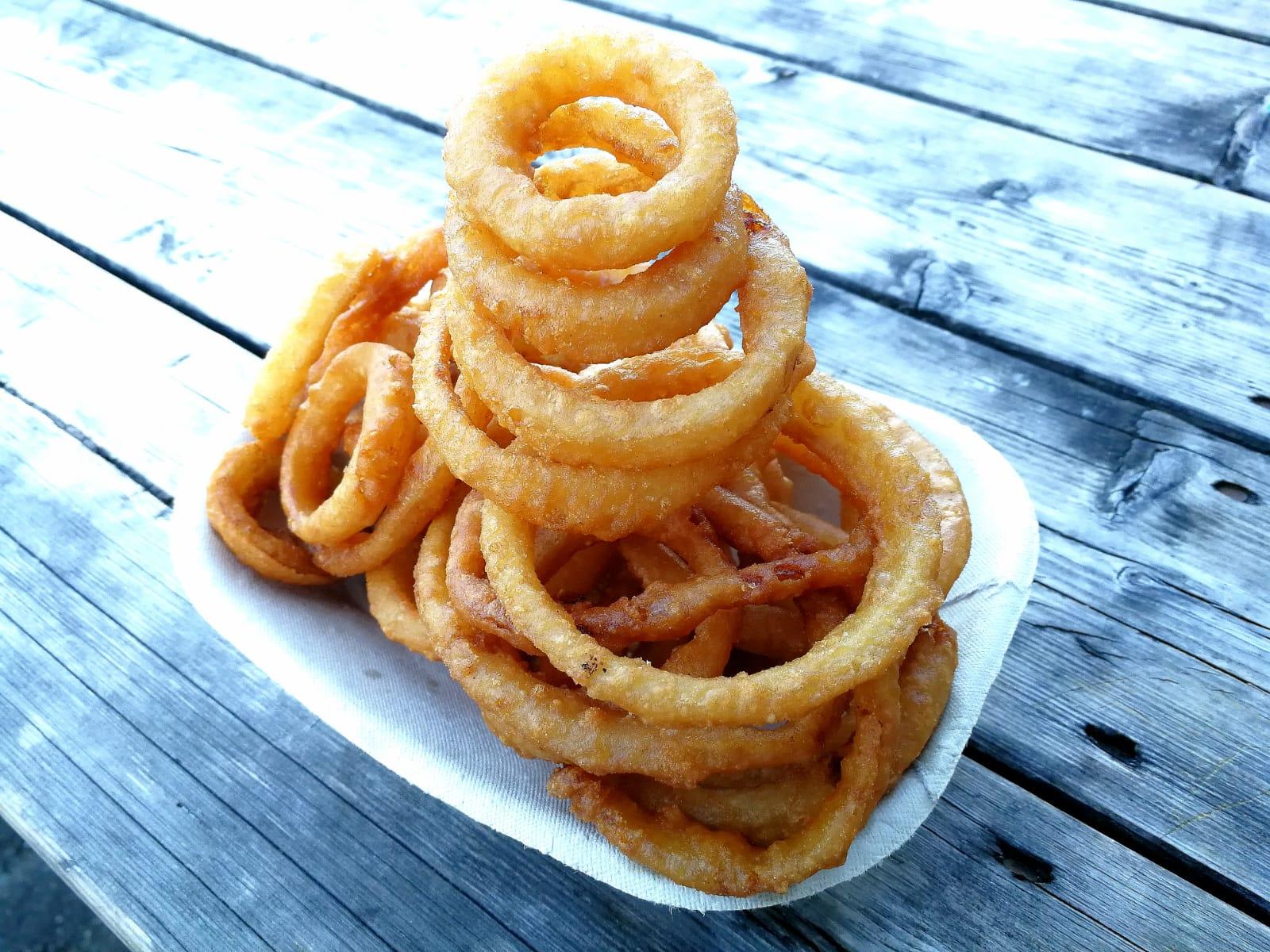 A unique Indian restaurant boasting traditional flavours and a specialty opened recently in Brampton, and readers are a-buzz. It’s called Paranthe Wali Gali - which means “the lane of parantha-makers” - and it’s located at Clarence and Kennedy, with another location near Queen and Airport. A parantha is an Indian flatbread that’s popular in different styles in South Asian countries. The flatbread is typically flaky and can be stuffed with different ingredients. Paranthe Wali Gali serves a whopping almost 60 different kinds of paranthe (plural of parantha), including butter chicken, beet root, and chicken biryani. Some of the paranthe are inspired by different South Asian regions, like Chennai (parantha with potatoes and southern-flavoured herbs) and Kashmir (parantha with kidney beans and Indian herbs). 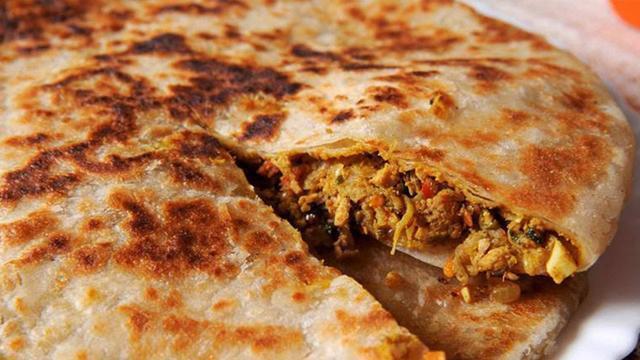 Definitely one of the most modern restaurants in Brampton, from the atmosphere to the innovative menu. Located on Vodden and Main is one of the gems in the city. Chef Jason Rosso is the mastermind behind the menu and if his name sounds familiar to you, it’s probably because he has appeared on such TV shows as Restaurant Makeover, Recipe to Riches and the Marilyn Denis Show. He is known for offering familiar food with a twist and the menu does not disappoint. What’s better than going out on a date and experimenting with a new style of food you have never tried before? You can try things like smoked cheddar mac ‘n cheese, egg rolls and crispy fried cauliflower 'wings.' Our favourite is the Bob and Doug burger. This place is featured in our cover photo. 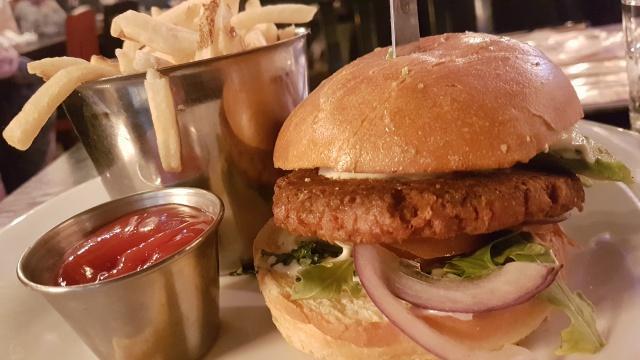