Police are still appealing to the public for help in locating a missing child from Brampton.

More recent information indicates that he was spotted again a few days ago.

According to police, Amoakohene was seen again on Jan. 5, 2019 at approximately 12:20 p.m. by security staff at Bramalea City Centre.  At this time, he was seen wearing salt and pepper track pants, a Roots sweater, a yellow Kappa sweater, black Jordan shoes and carrying a black side bag.

A picture of him can be seen below: 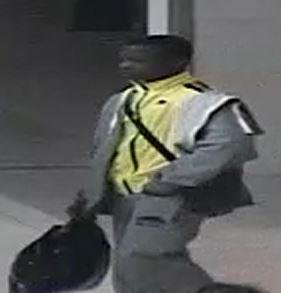 Amoakohene is described as a black male who is 5'4" and 105 pounds with black hair styled in a short mohawk and brown eyes.

Police and family are concerned for his well-being.

Anyone with information on the whereabouts of Brian Amoakohene is asked to call investigators at the 21 Division Criminal Investigation Bureau at (905) 453-2121, ext. 2133.

UPDATE: Police have advised that Amoakohene has been located in good health.

5 Strange Landmarks You Can See Outside of...
5 Oldest Neighbourhoods in Brampton
5 Best deals being offered by local wineries
Top 5 Pho in Brampton
Top 5 empanadas in Brampton
END_OF_DOCUMENT_TOKEN_TO_BE_REPLACED