When it pours, stay indoors.

Environment Canada has updated its recent forecast, reporting heavy rainfall that is expected to begin tonight (Sunday, September 9), continue through Monday and end on Tuesday.

"Total rainfall amounts in the range of 20 to 40 mm are possible by the time the rain tapers to scattered showers early Tuesday," the report reads. 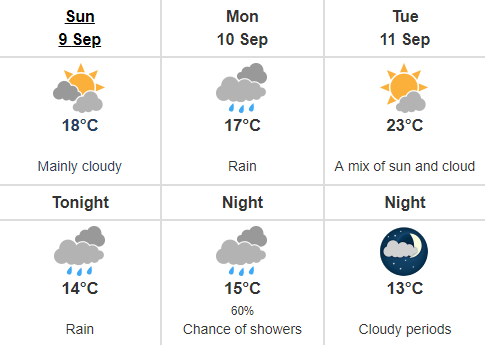 The cause of the intense rain is reported to be the remnants of Tropical Depression Gordon, which will be affecting regions overnight and continute the following day.

"There remains some uncertainty in the timing and track of this weather system," Environment Canada concludes.

In addition, Credit Valley Conservation has announced a flood outlook, warning that the heavy rainfall can lead to flooded waterways as well as potential flash floods in urban areas.

Residents are advised to stay in during intense weather and keep an eye out for further forecasts.