What Should We Expect from Politics in Brampton in 2019?

If 2018 was any indication of how politics has shifted in Brampton and Ontario, then 2019 shouldn’t be any different as we gear up for a federal election next October.

The rise of the closest thing to a populist government in Queen's Park by the Doug Ford led PCs and the shocking win by Patrick Brown in the Brampton mayoral race has laid the foundation for some interesting developments for these next few years.

Although Brown and Ford couldn’t be more different, they both fought against the grain, mainstream media criticisms and vast opposition from what could be considered "the elites” in the populist mindset to win their respective elections.

Brown is a career politician, dating back to his days on Barrie City Council, yet he managed to come in and win on a wave of discontent with the way the city has been run. He overcame obstacles regarding his connection to the city, sexual misconduct allegations and lingering problems of his precious political past.

People voted for him knowing his imperfections, as they did with Ford....so are these examples of indications of populist politics growing in Canada?

Apparently the idea is enough of an issue that the City of Brampton believes it's worth exploring, since theirs open data GeoHub decided to dedicate a significant portion exploring the idea.

The GeoHub section begins by describing populism's definition and various examples in Europe and the United States, such as the ascension of Donald Trump. 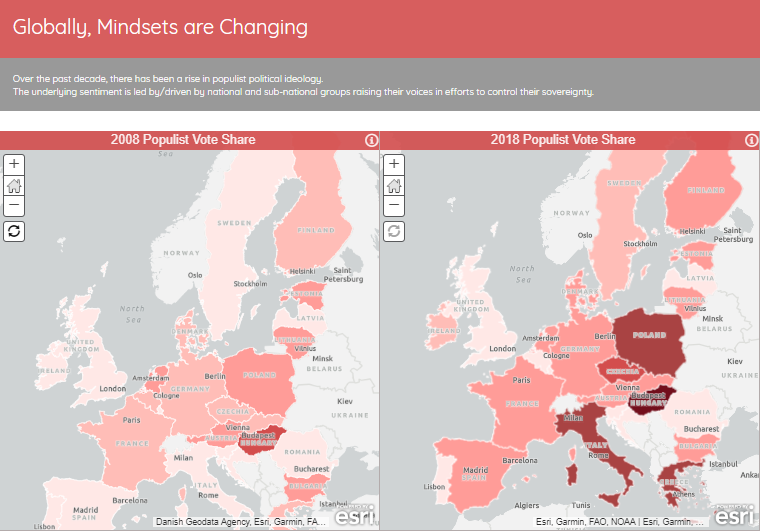 Then a poll is shown outlining public opinion for the federal parties, last taken at October 18, 2018. Traditionally, Canadian political parties find the most success during elections by tacking to the centre, where most voters are, but lately populist forces have been influential in parties on both the left and the right. 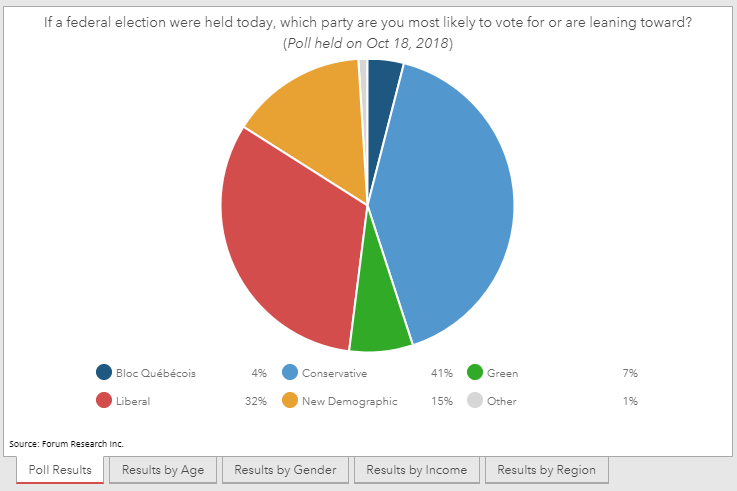 So why is all this information important? Well, according to the city.

Looking at the way these sequence of information was presented, the city clearly wants to make sure residents are engaged with the upcoming election, as well as continued relationships with the provincial and federal government.

By demonstrating that fostering those relationships will get results for Brampton, the city looks as though it hopes to dissuade notions from people that government isn't working and that only by turning to those who fan the flames of 'populism' is the solution.

Although Ford plays the populist for the most part, recent controversies such as the attempted hiring of Toronto police superintendent Ron Taverner, a Ford family friend, as the new OPP commissioner may have tarnished the premier's image as "standing up for the little guy" and no more a traditional politician looking to put up friends in high places.

Nevertheless, it seems in 2019 there will be a contrast in styles in terms of playing to the traditional levers of politics versus more populist inclinations influenced by what is going on in the United States. Brampton should be no exception.