The proliferation of dead or dying malls is an ongoing issue affecting many suburban communities across Canada and the United States. Many cities and towns have seen malls that, while technically still in operation, are either half empty or have little vibrant activity.

Some time back inbrampton.com did a tour of Centennial Mall and noted a missed opportunity to do something great with the existing space. But Brampton being Brampton, that is not the only mall in the city that could use some work.

Kennedy Square is located at the corner of Kennedy Road and Clarence Street, which is just south of the intersection with Kennedy and Queen Street. 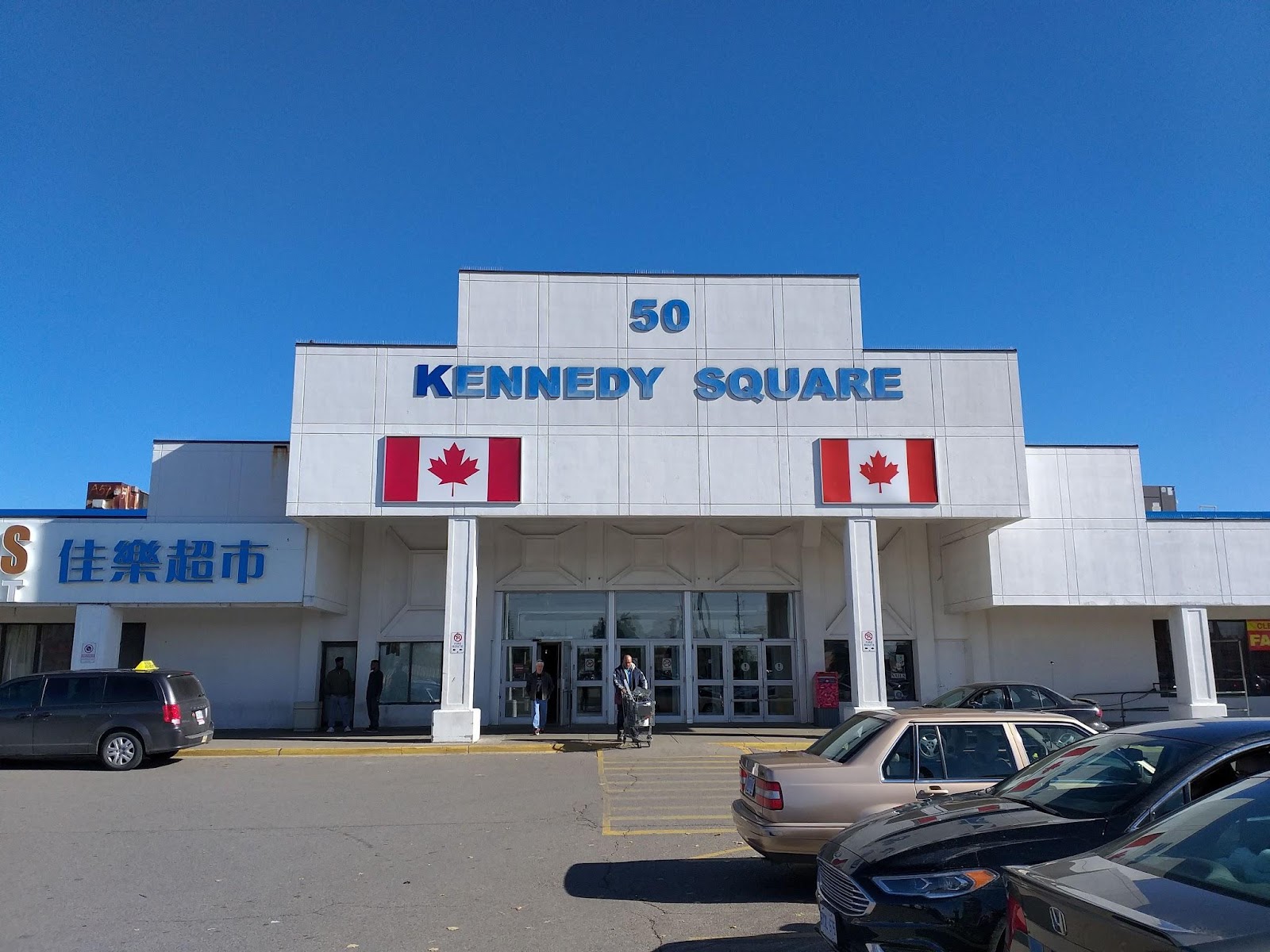 One can immediately tell just by looking at the outer facade that it does not really do much in attracting people's attention. There is a side entrance that looks just as bland. 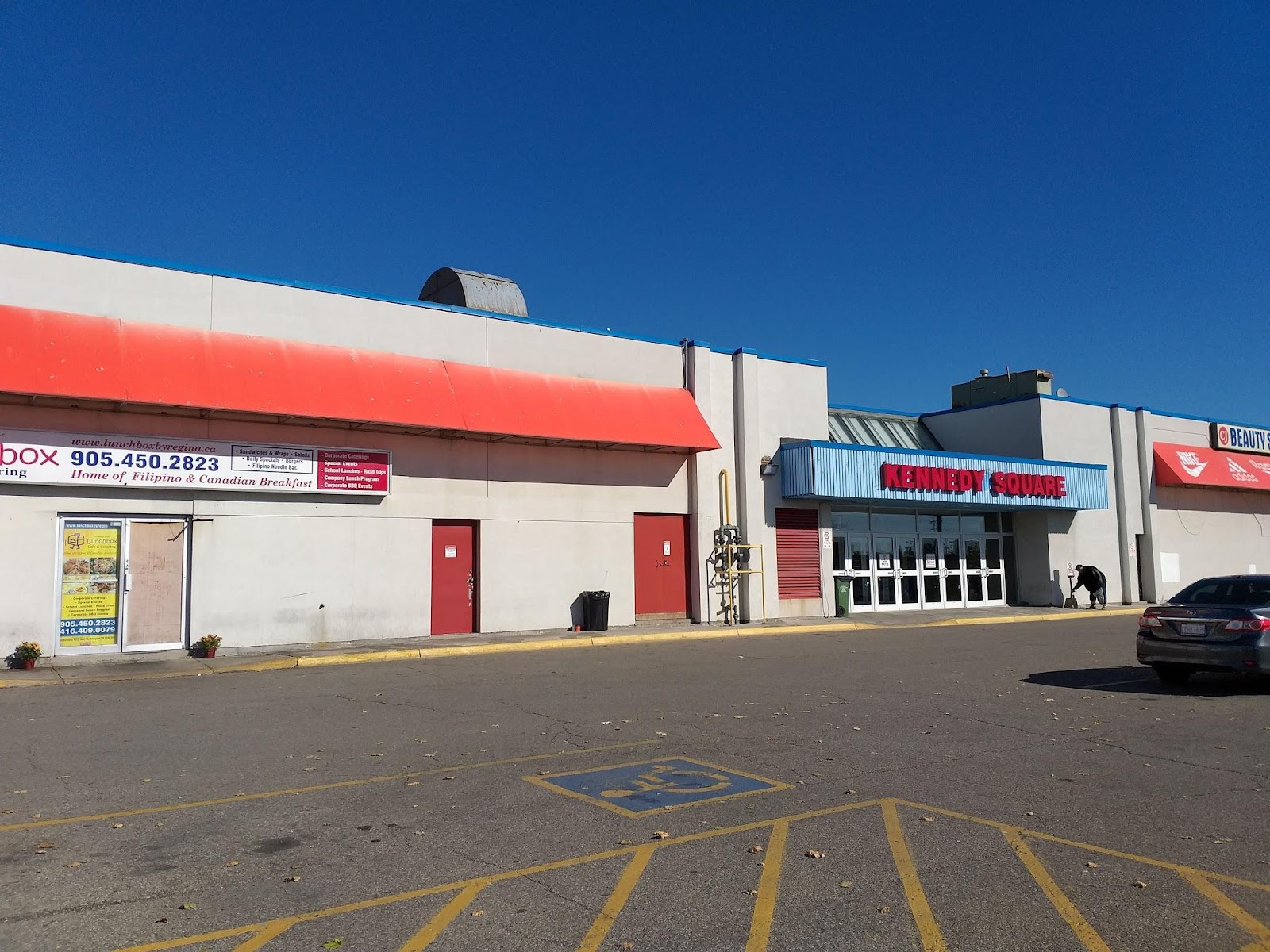 But it's only once you start perusing inside that will really shock and amaze you.

Don't get me wrong, there are enough local shops inside attracting business; it's actually reminiscent of the flea market or old world bazaar of sorts. A number of shops sell very affordable clothing, jewelry and other basic items. There are some promoting the place online, such as this Facebook page about Kennedy Square that lately features L'Oreal products and watches.

But what also counts is presentation, and just looking inside one thing that really stood out was the "street furniture" or mall benches as we all know them as. The ones inside Kennedy Square could have been taken out of a time loop from the 1970s and placed in present day 2018. 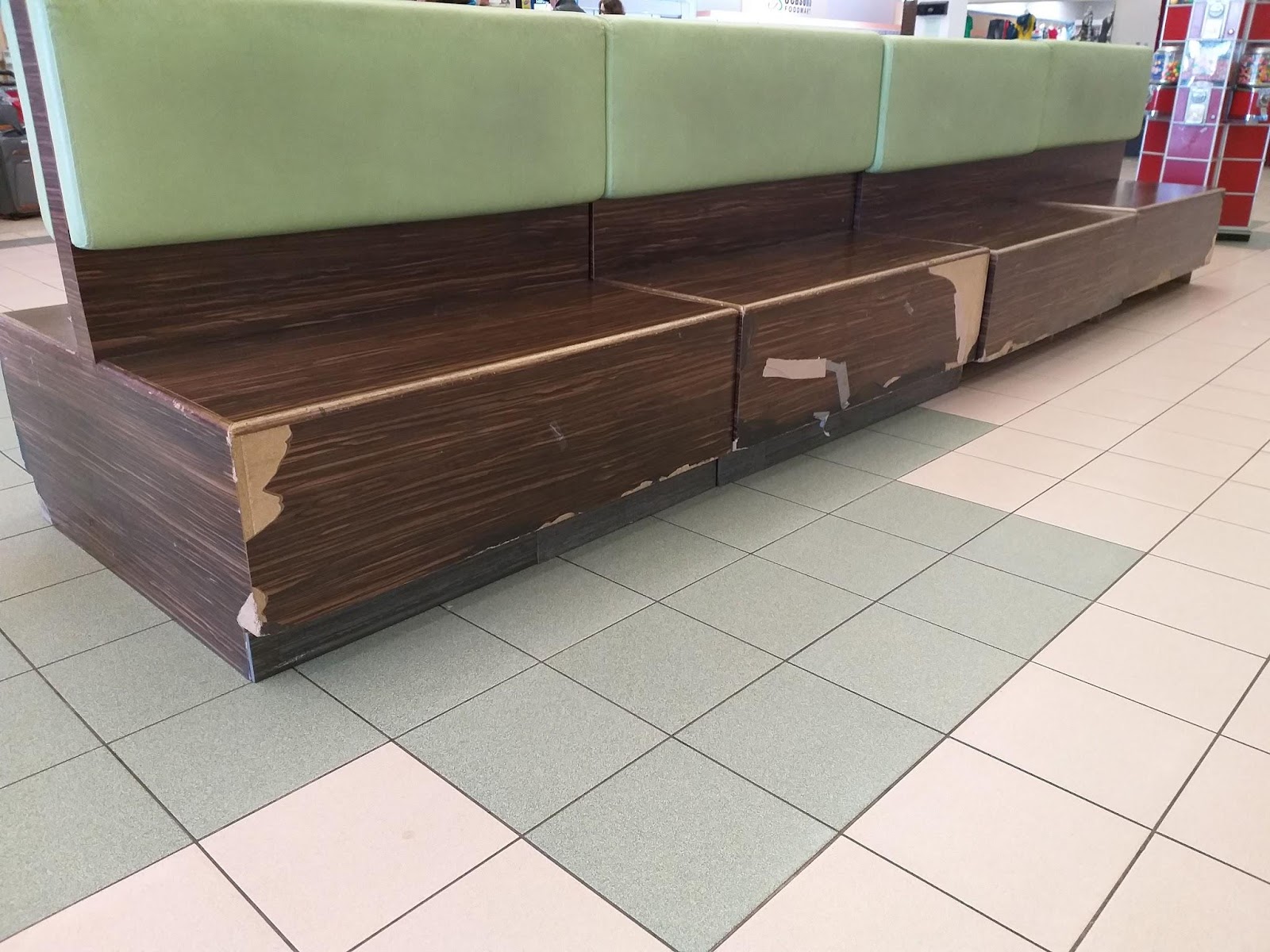 When you walk through the main entrance, this is gracing people in what is considered the 'center' of the mall is this stage. For what purposes, who knows? 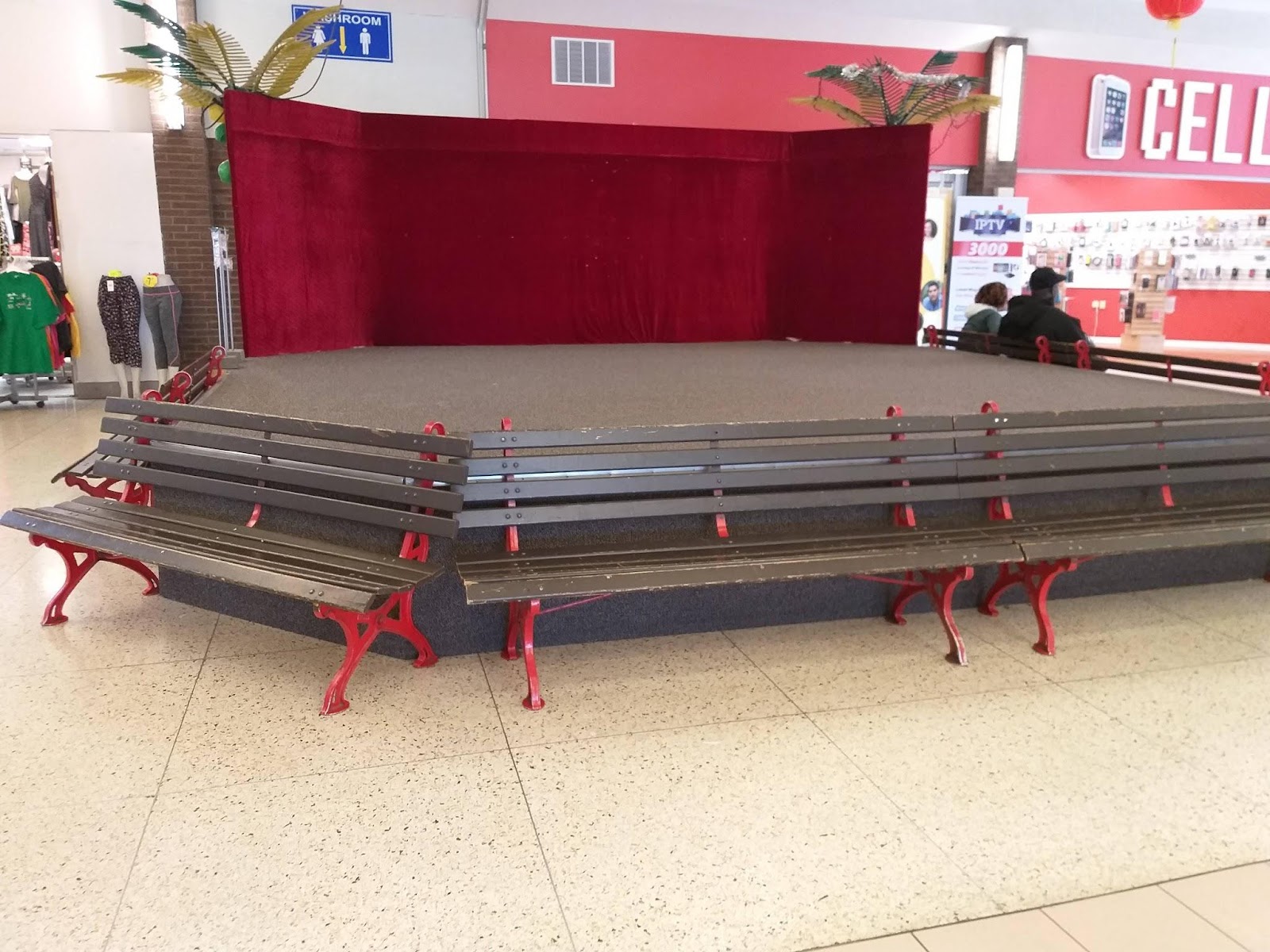 Another noticeable quirk at Kennedy Square is that they don't have the same type of benches, which is rather odd because it looks like someone bought various chairs and seats from other places and just placed them in the mall.

See the picnic table wedged in between the benches below? And is that a park bench? 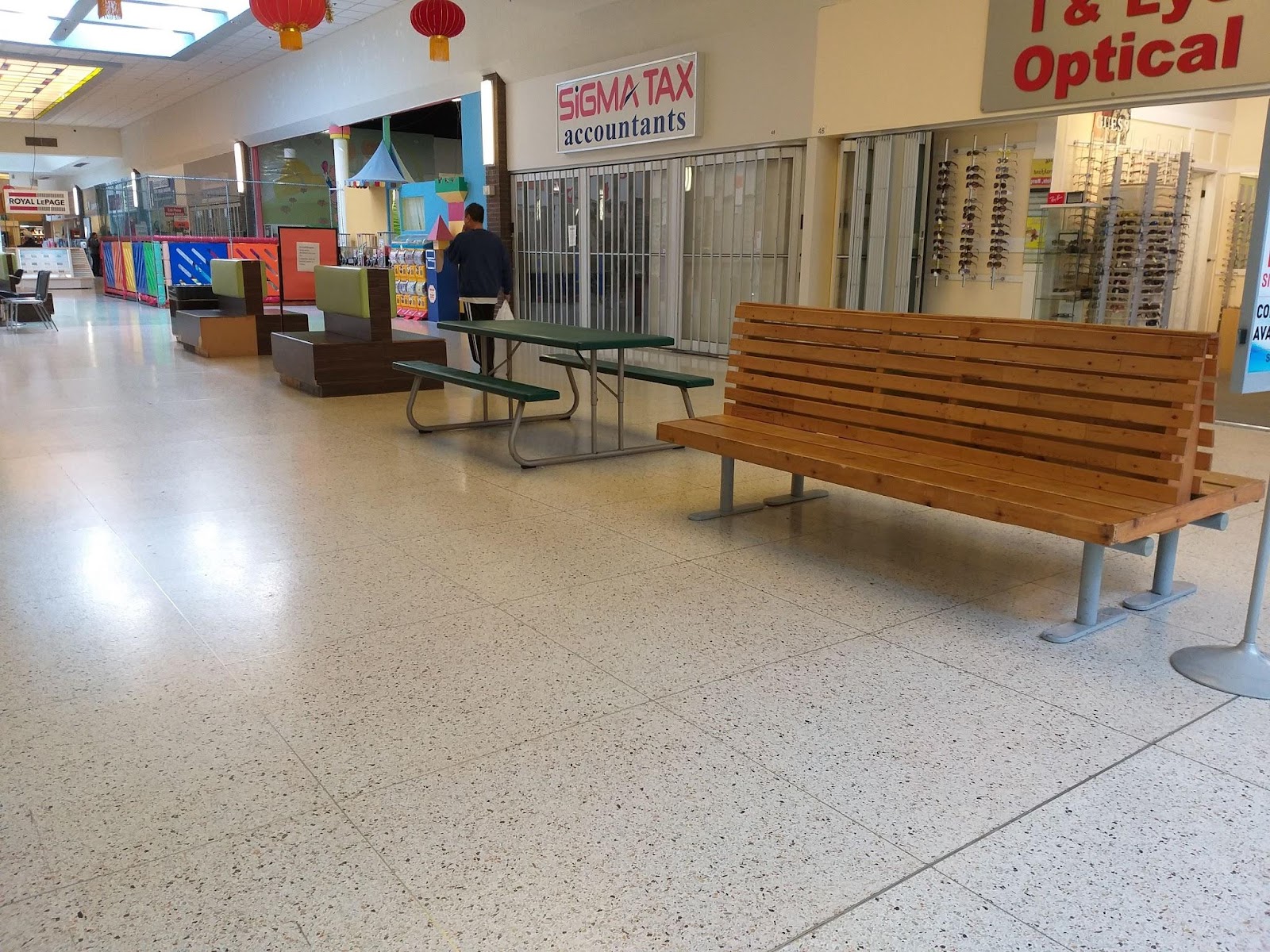 Let's not forget this garbage can; at least the one at Centennial looked somewhat 'artistic'. 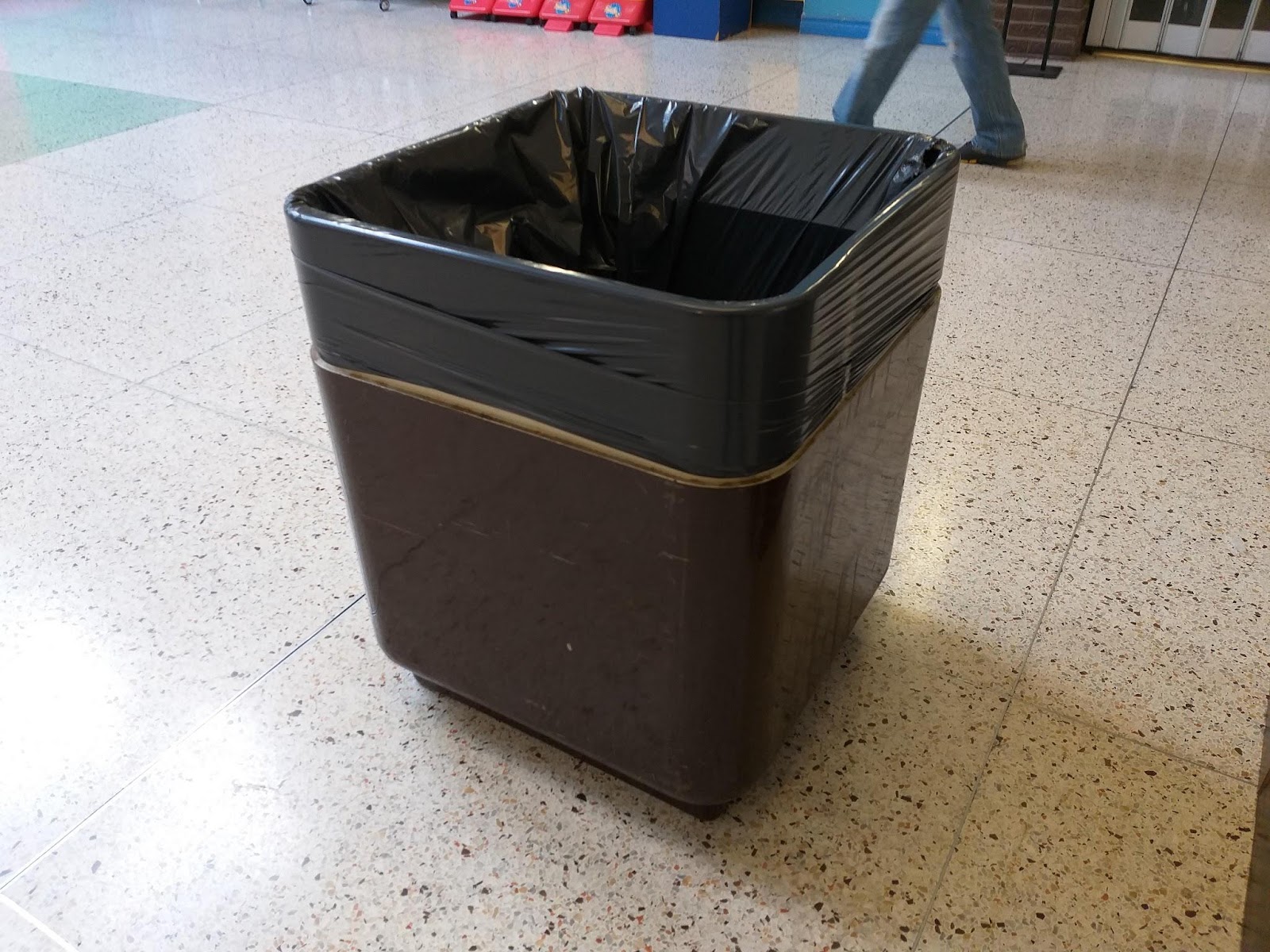 If these benches and garbage can weren't sad looking enough, there is also this tree and the two 'flower stands' next to it. 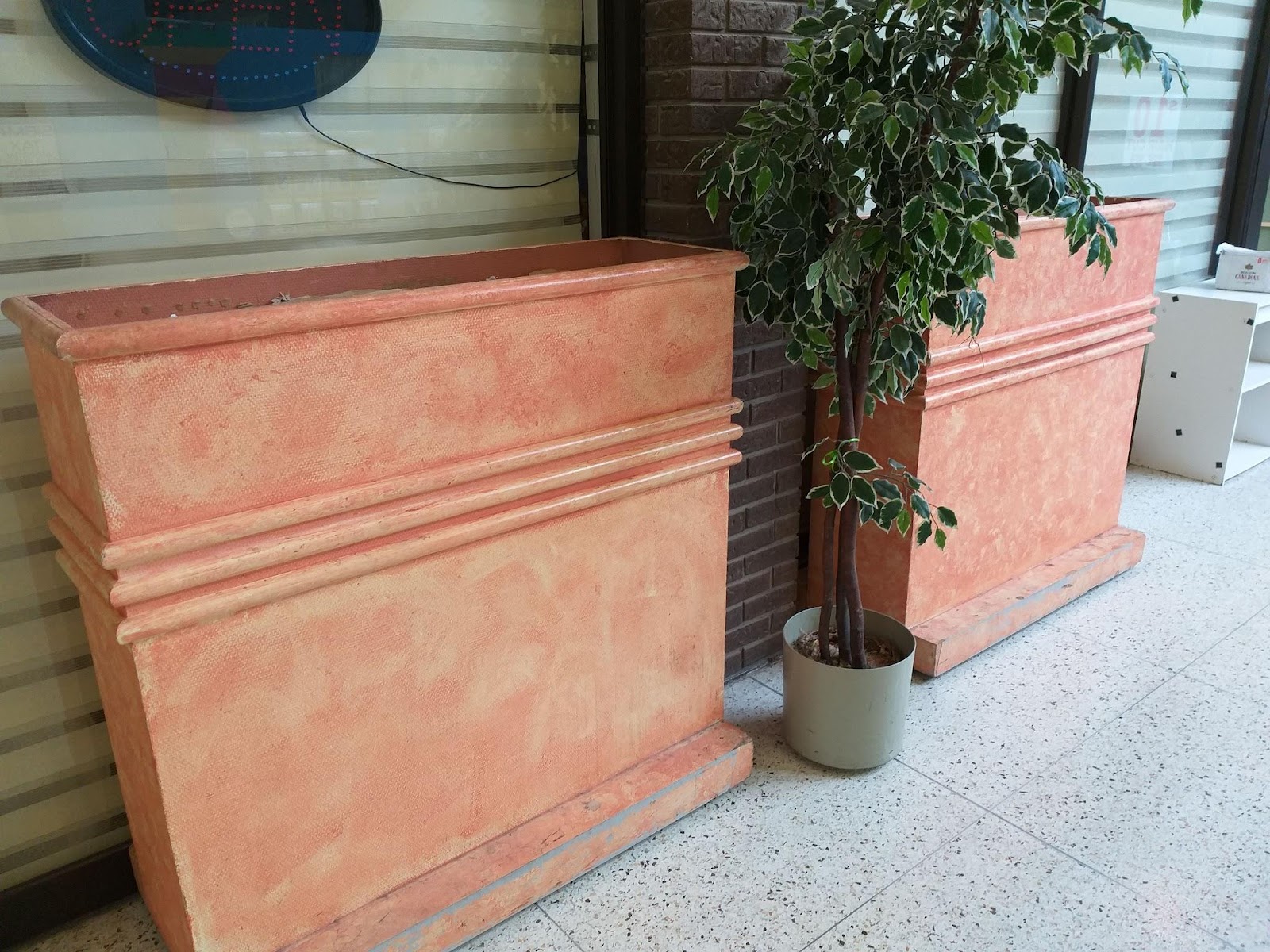 The stands don't look too bad…until you peek on the top and realize that it's covered with cardboard. 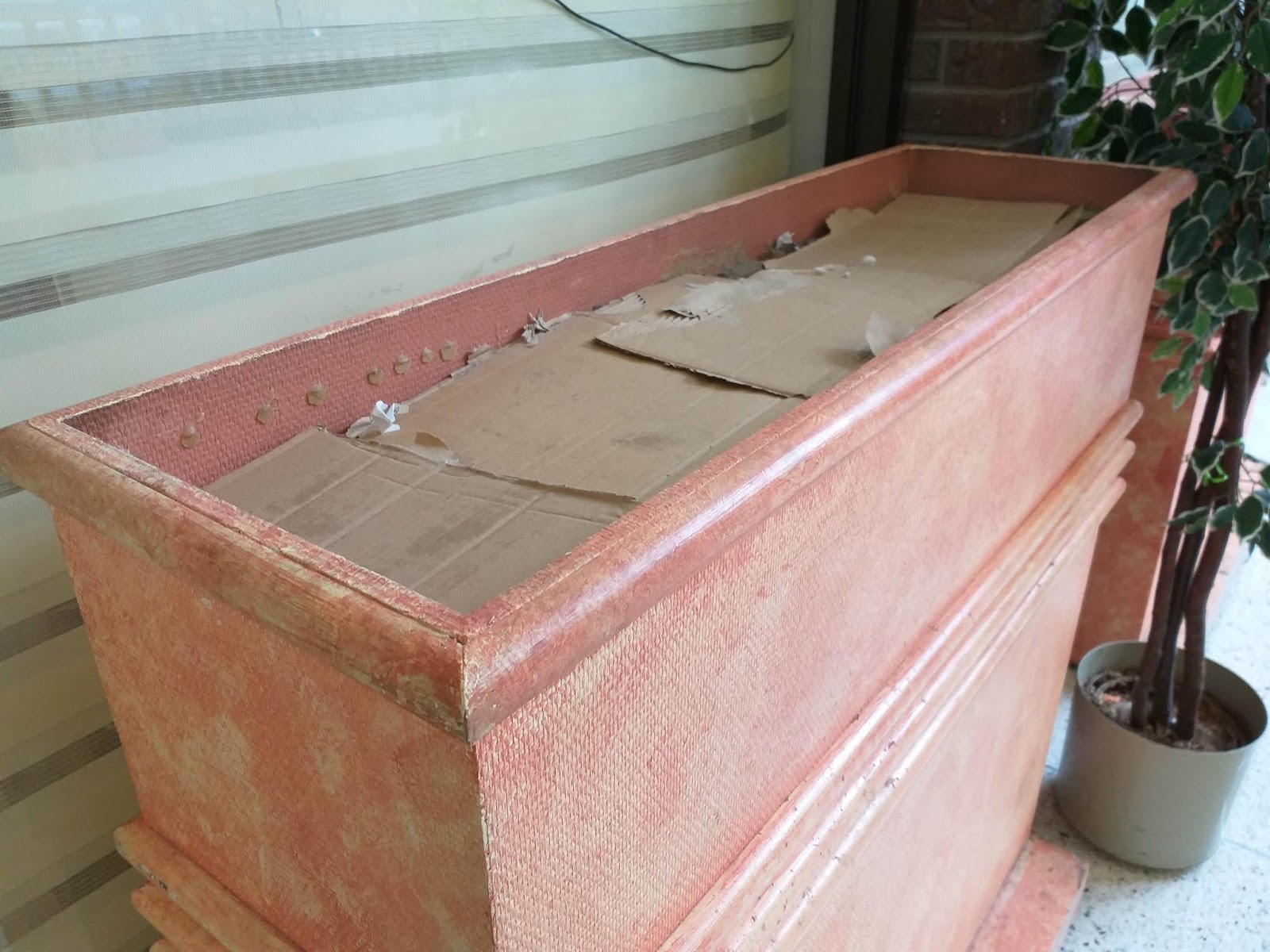 Other examples of the mall attempting to look better include this banner for a condo development in the Philippines, the Radiance Manila Bay. 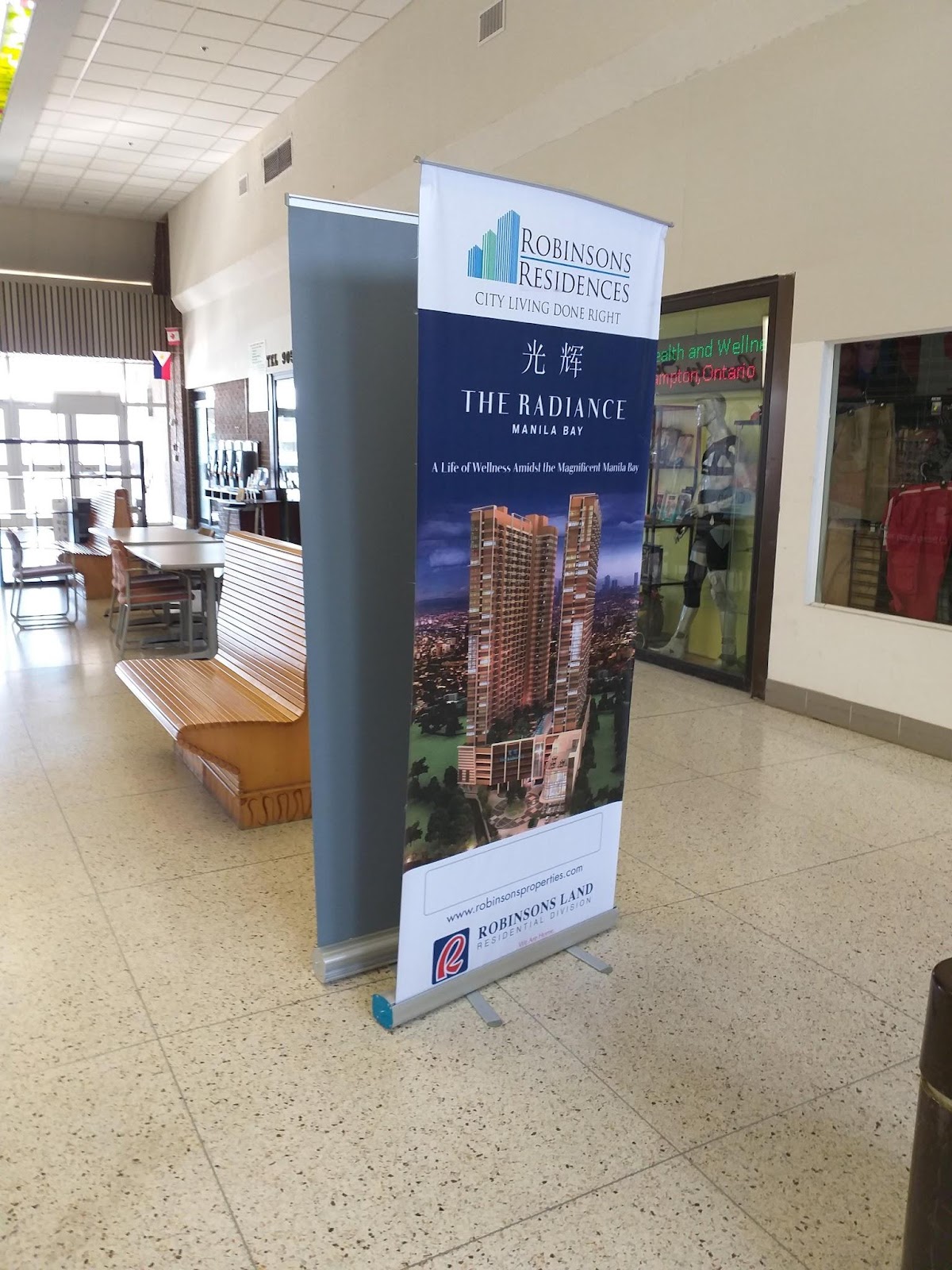 After being in malls like Square One and Bramalea City Centre where they have electronic ad boards, this seems like an incredible throwback, if it was supposed to be an advertisement at all.

Are things really that bad in Brampton you'd want people to move to Manila?

There was also a thrift store selling wares by displaying them on the outside of the store, but when I noticed this pile of random items stacked in the corner…I wondered to myself where do the items for sale stop and the trash begins? Finally, if you're wondering if there are any units that are shuttered and in need of a new occupant, there definitely is plenty of that at Kennedy Square.

The most prominent vacancy is the Kingsley Chinese Restaurant, which to my recollection was still open as of last year. It appears that is no longer the case. 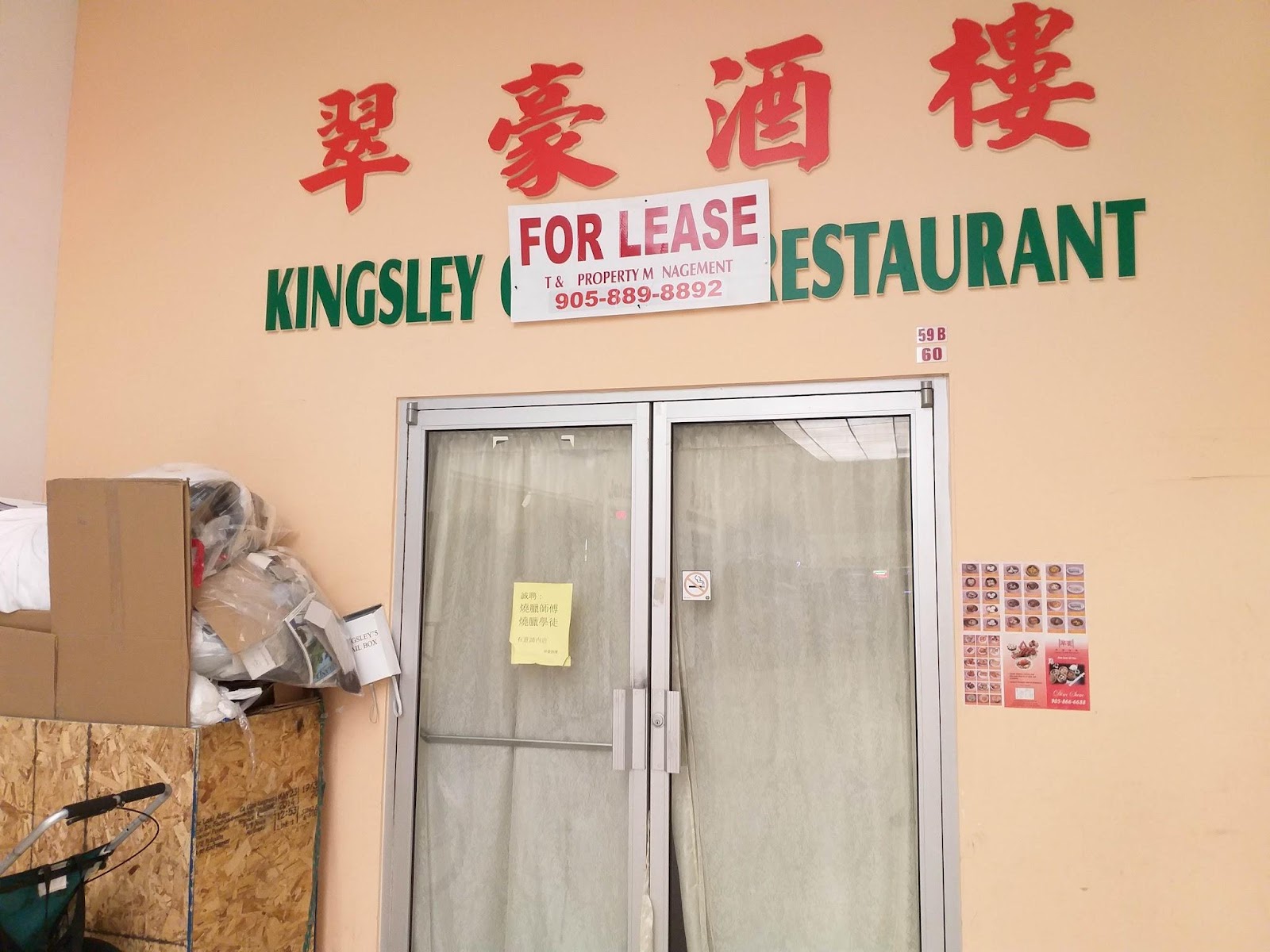 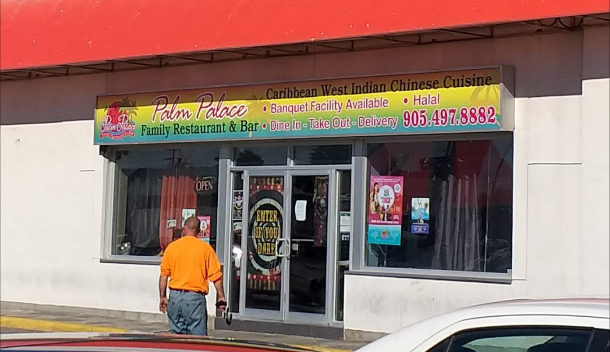 Here are some other vacant units inside the mall… 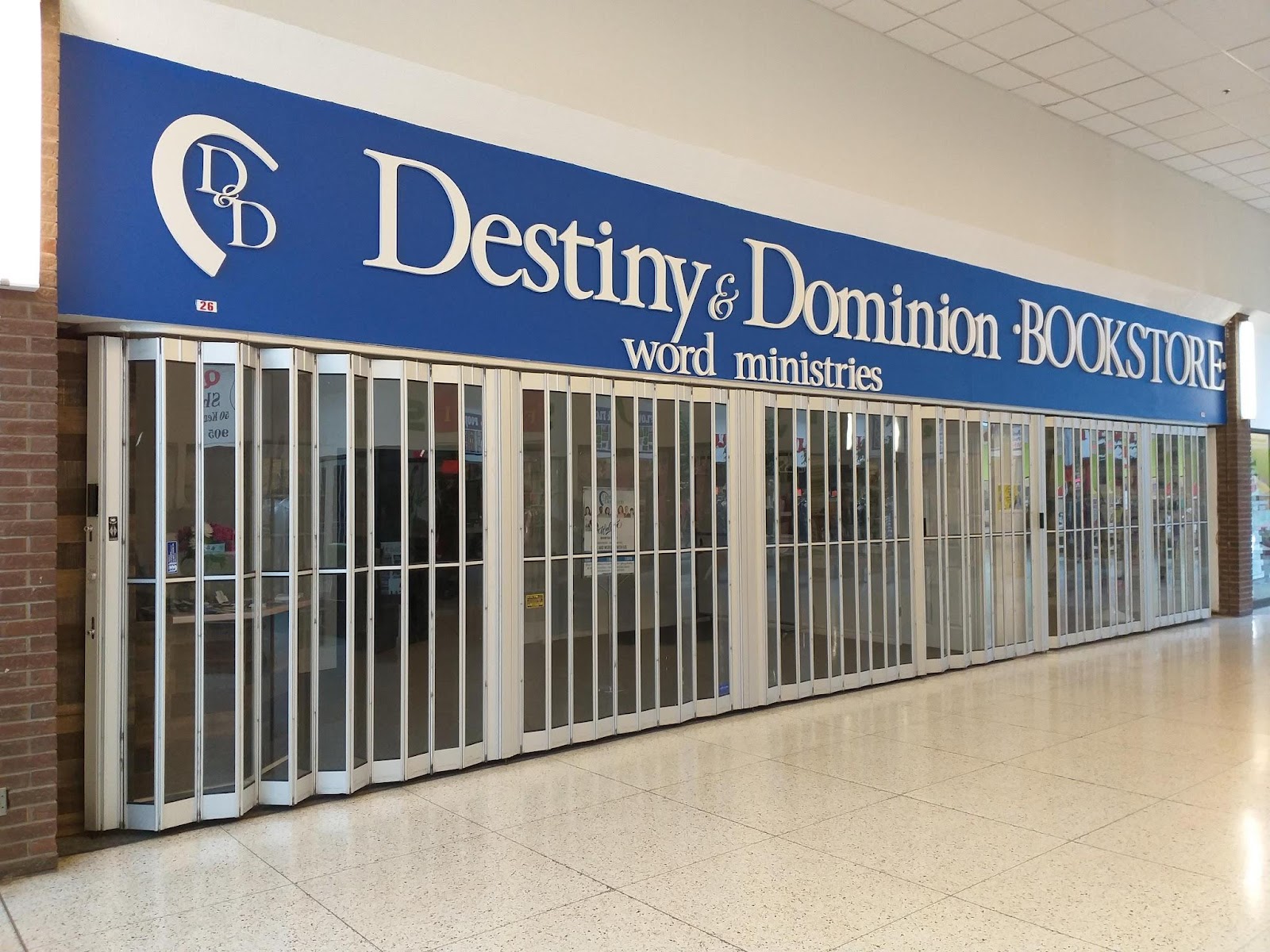 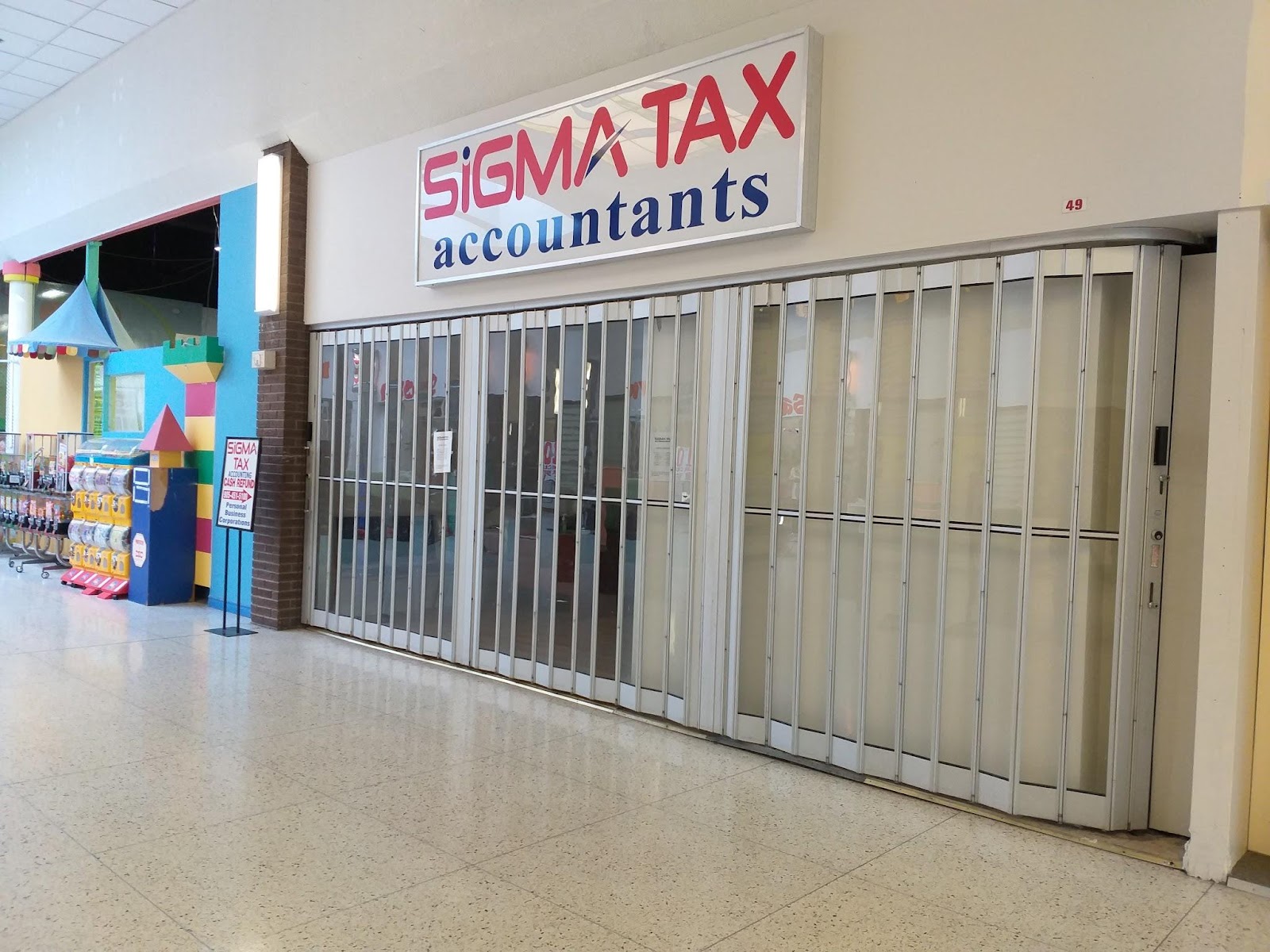 But there are some stores with some staying power inside that do see a regular stream of customers, such as this supermarket. 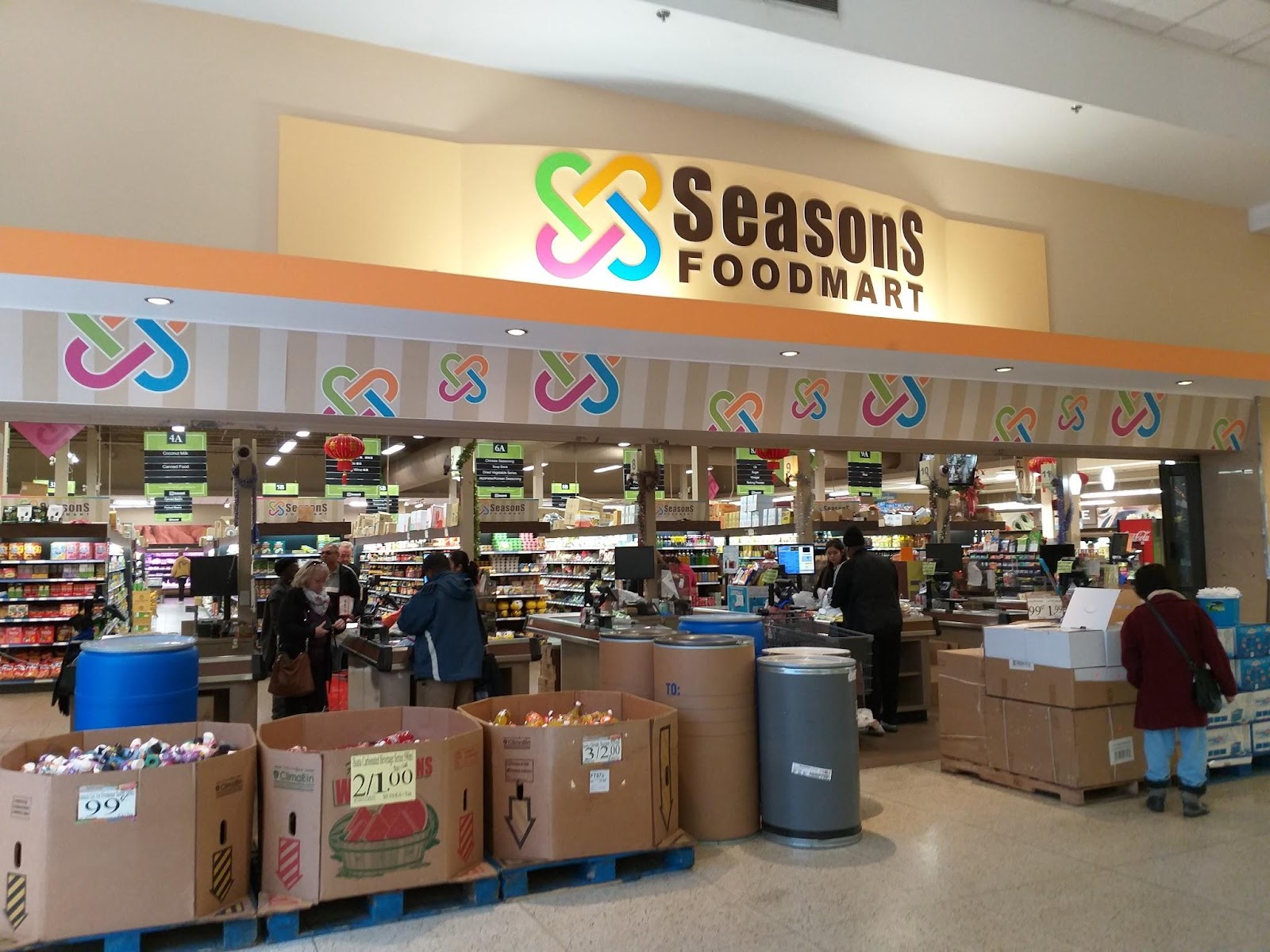 From the amount of customers this supermarket is doing okay, though obviously not on the level of a T & T, Nations Fresh Foods or Seafood City.

The only other establishment that seems to have some life in it…is the McDonald's outside of the mall in the parking lot, which is a similar arrangement in malls in Mississauga these days where newer businesses are located outside of the original mall structure. 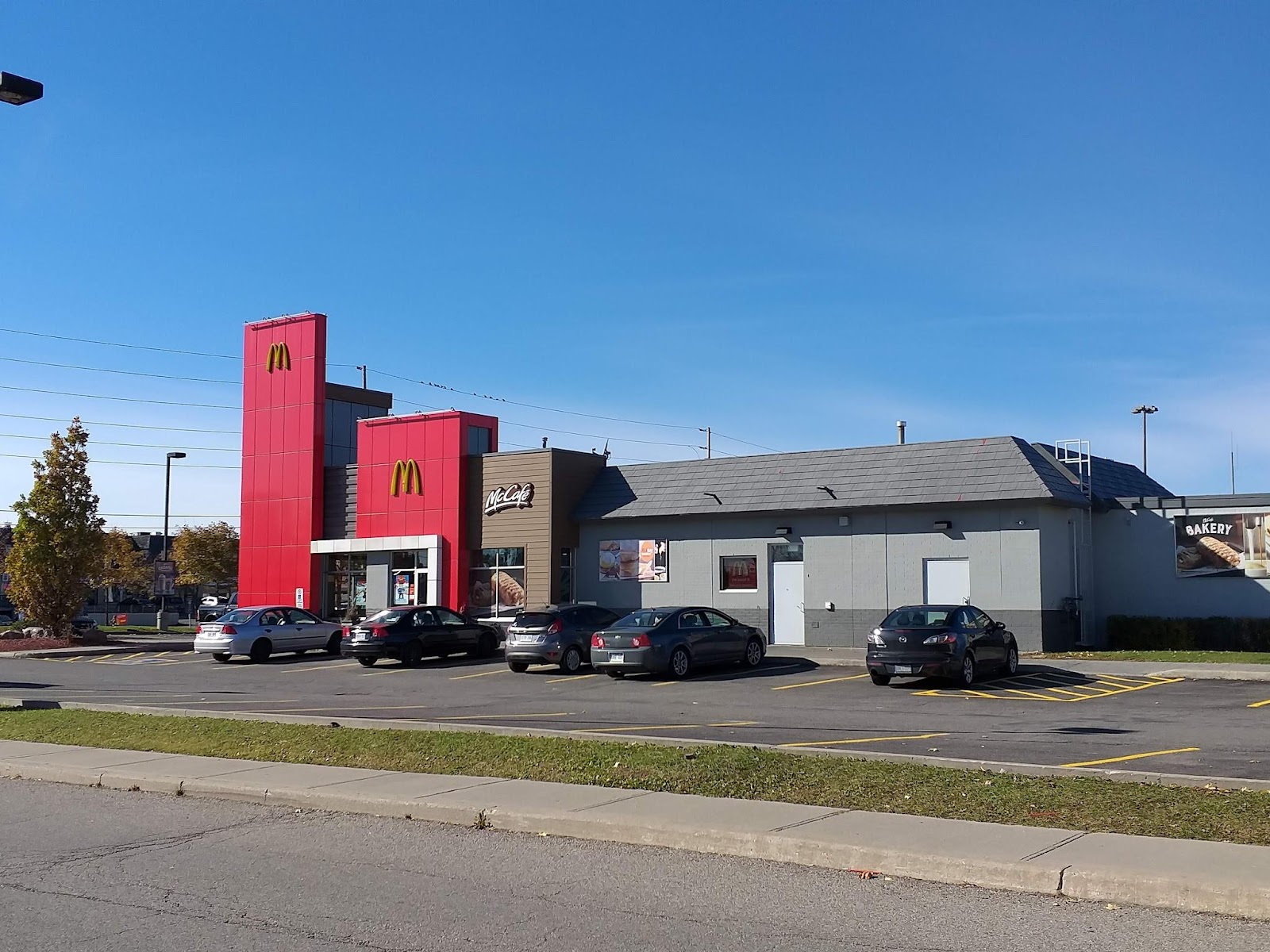 And the parking lot is quite empty, though it was the middle of the afternoon on a weekday. 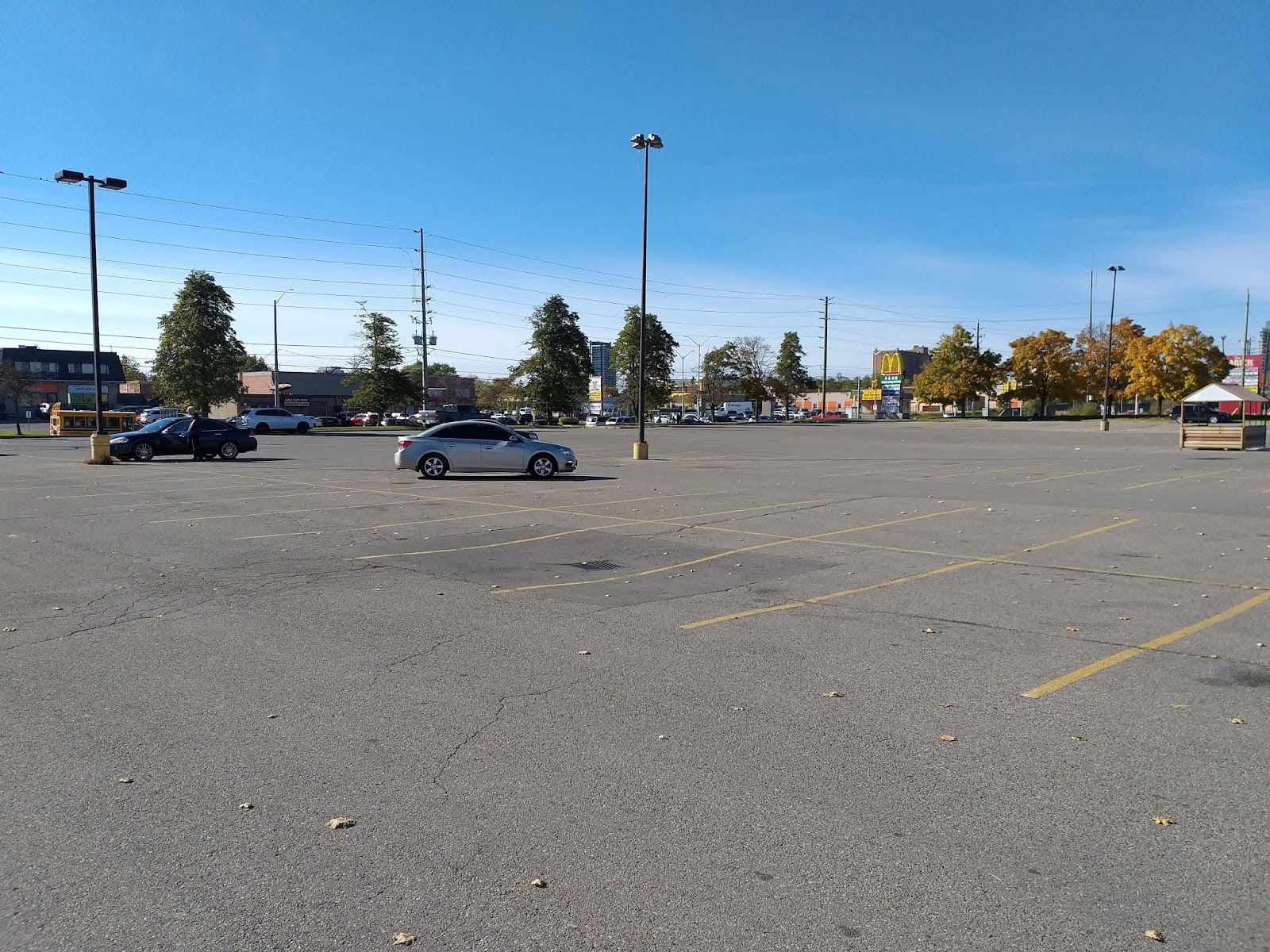 Overall, the basic things that Kennedy Square can do to improve themselves would be to upgrade to a more modern outer facade, get matching benches indoors, and maybe just clean up some of the stuff that looks like trash.

Without a large restaurant like the Chinese restaurant that recently closed, that's one less reason to come to Kennedy Square.

But there are those of you out there who appreciate the simpler things in life, one can understand the nostalgia of a place that seemingly looks like it's from the bygone area.

What do you think could be done to make Kennedy Square Mall better? Or do you like it the way it is? 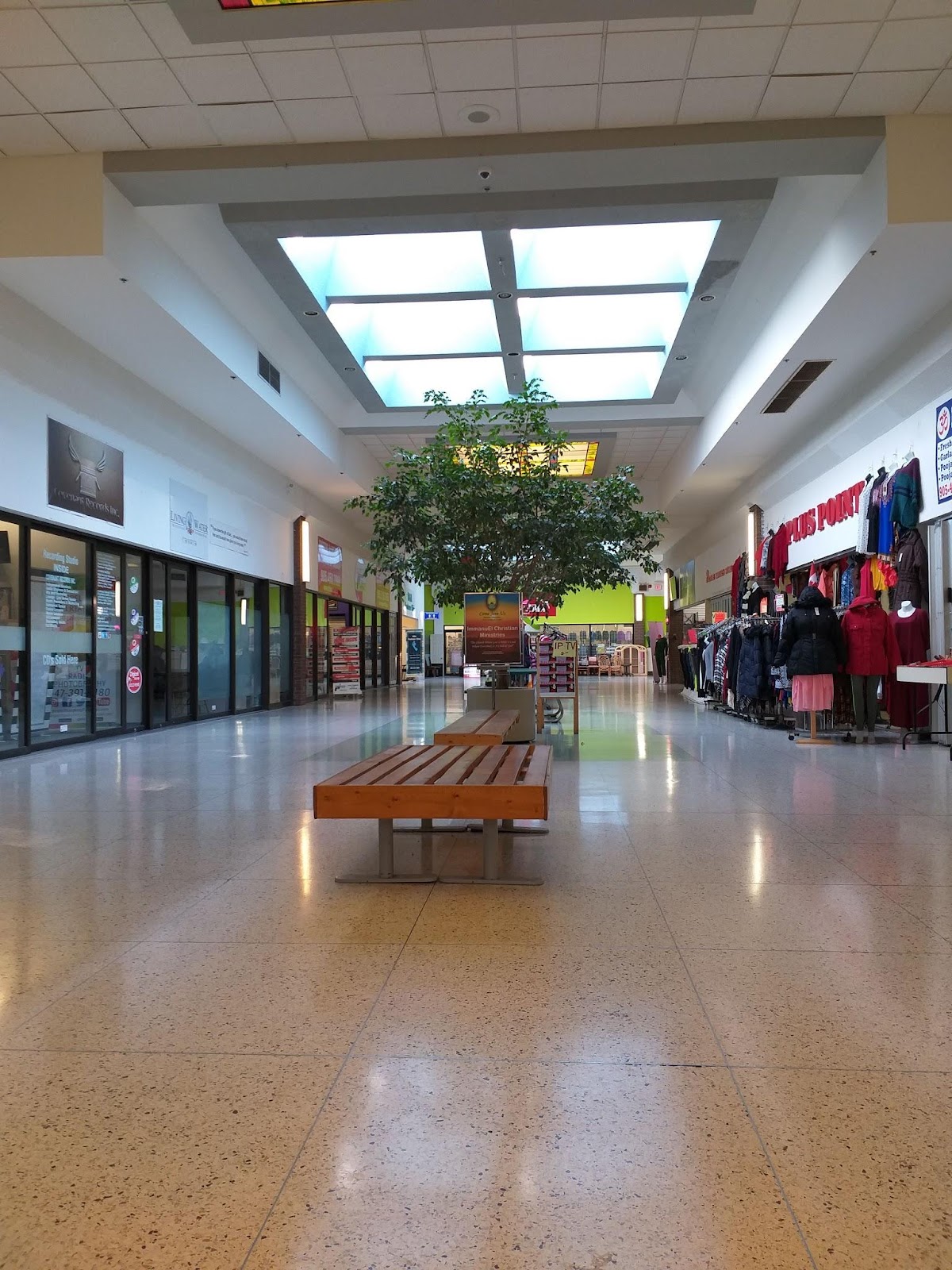