Police searching for single suspect in relation to restaurant robbery in Brampton
Passengers and employees at Pearson airport must now wear masks ‘at all times’
Live horse racing in Ontario set to officially return this weekend
Peel police issue dozens of speeding tickets over two-day period in Brampton
Snowbird crash may have been caused by bird strike, early investigation finds

Plans to implement new developments in the city come in small or grand scales, and recent documents show that the former may be headed to Brampton.

As part of recent Planning and Development Services Committee documents, plans indicate that the city has received applications to develop in the Queen Street West and Creditview Road area.

Dubbed the Springbrook Tertiary Plan, the project is to proposed as a small-scale settlement mixed area, with commercial and community uses. The surrounding developments are also intended to be low-density residential. 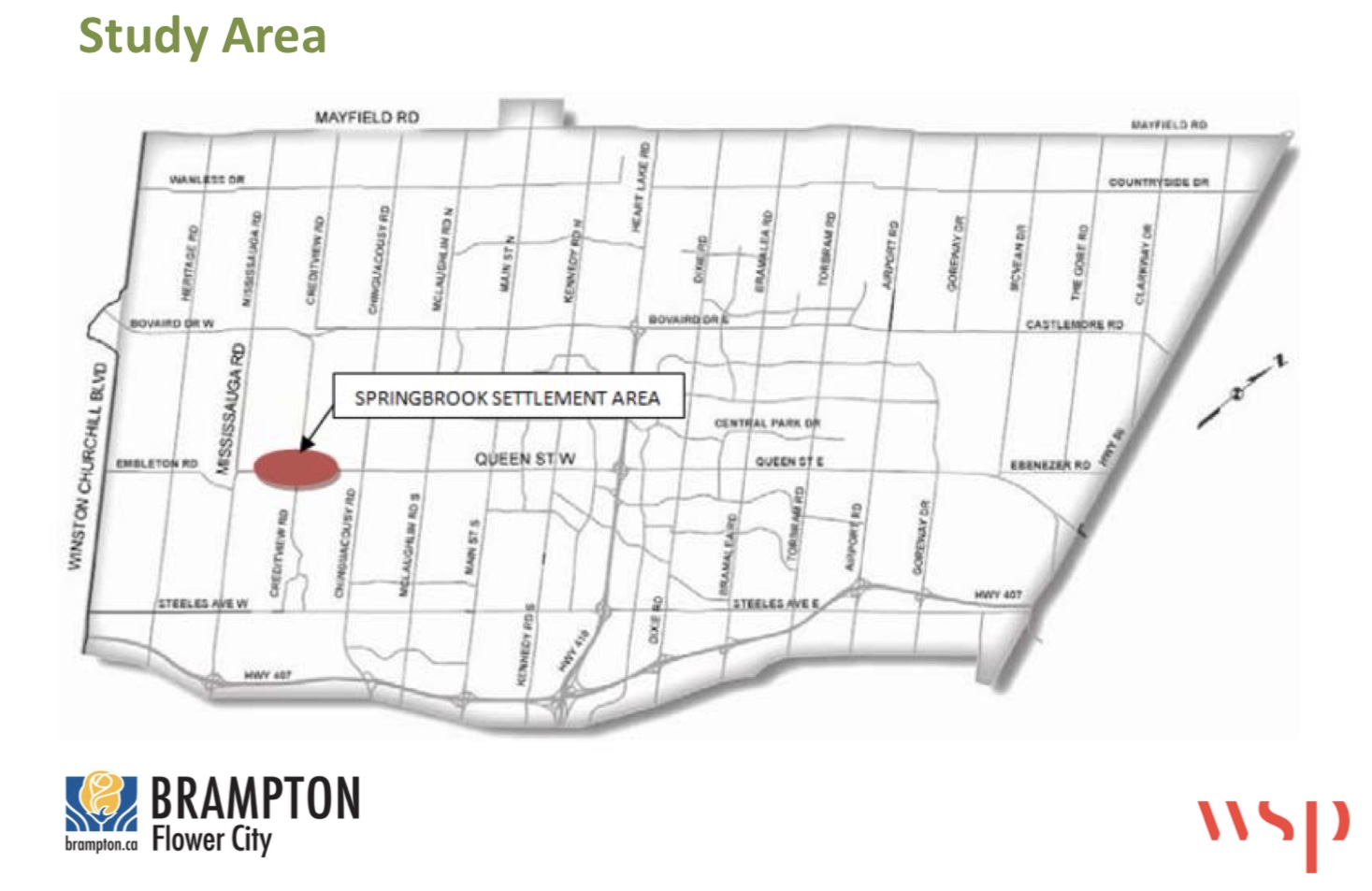 There is some background to the Springbrook project, with a study commencing back in 2007, but was put on hold because of environmental issues concerning the widening of Queen West to the presence of rare fish species called Redside Dace in the Springbrook Creek area.

The project was reinitiated back in November 2017, due to cleared development applications. 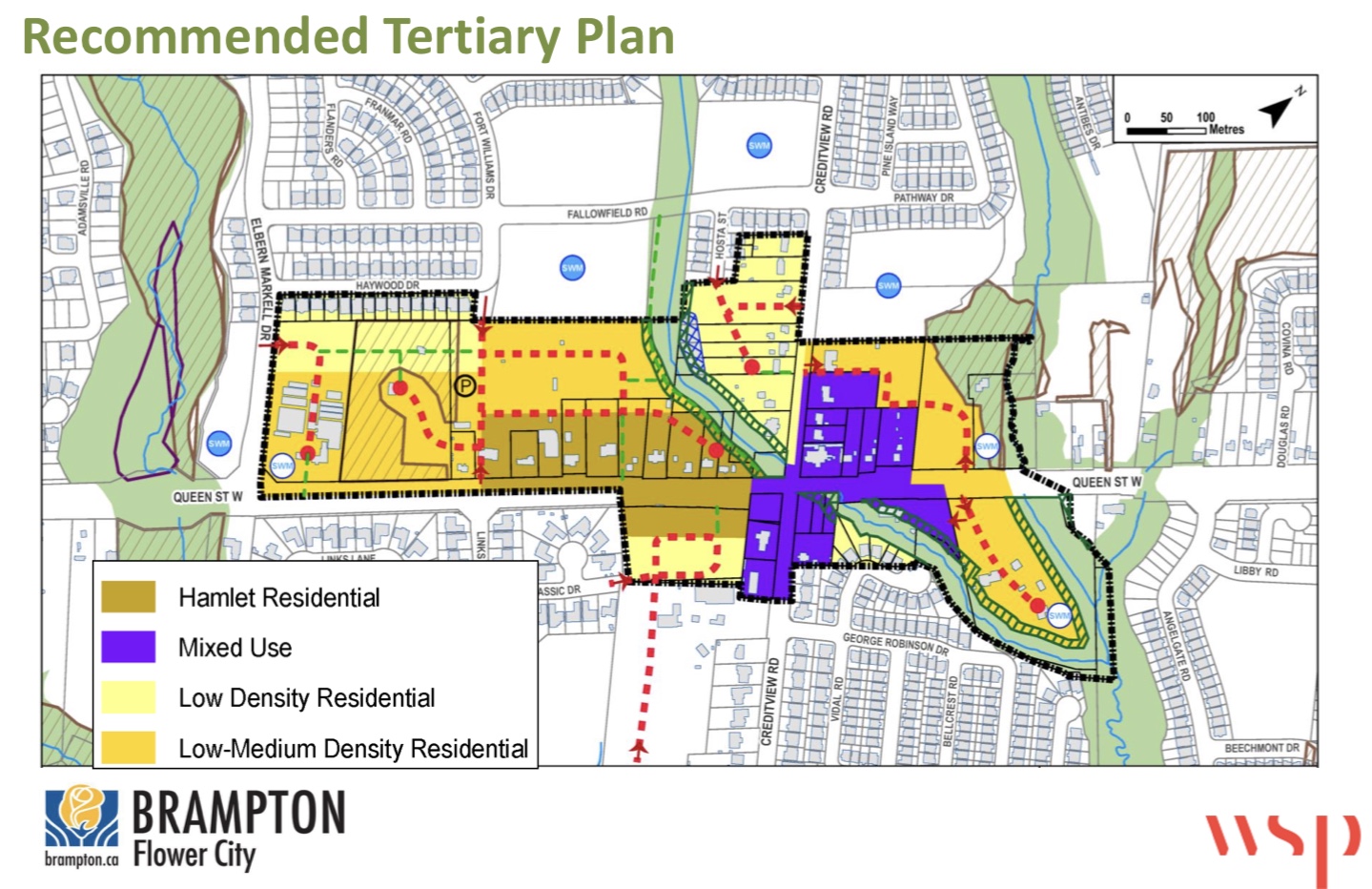 Key in the creation of the Springbrook Plan is to maintain the identity and hamlet-sized character and scale, in addition to optimizing opportunity and consolidating road access.

Preserving environmental areas is also of key prioritization, with development near creeds having to be set back to not affect the aforementioned rare fish species, while also facilitating trail opportunities and a parkette.

Laneways are also being recommended as part of the road network to limit access to affected main roads.

The implementation of the plan, however, is not without its own sets of challenges, as one company named Candevcon Limited notes infrastructure challenges that may potentially impede on the Tertiary Plan's hamlet construction.

This, for example, comes in the form of "properties of interest," five of which are located in the Creditview Road vicinity. Each come with their own set of physical challenges that may need consultation from the city to readjust their Tertiary plan to or work around accordingly.

It’s optimistic to note that Candevcon, however, does suggest that the area can be serviced as outlined in the Tertiary Plan, although it will probably take readjustment of the original plan to fully realize the development by the conclusion of its intended construction.

To see more on the Springbrook Plan, and the details that come with it, click here.

Does the city taking on more newer developments of all sizes excite you?