Another Made-in-Brampton Snowman Has Emerged

That Indian snowwoman that emerged recently in a Brampton neighbourhood, adorned with traditional garb may have gone viral and captured imaginations of people everywhere.

But before the “Indian Snowwoman” graced our collective presence…there was another.

A Reddit user who goes by the moniker of u/anishkalsi1, posted this picture of a snowman from a few years ago somewhere in Brampton, and as you can see it does not look like the snowman we are used to during Canadian winters. 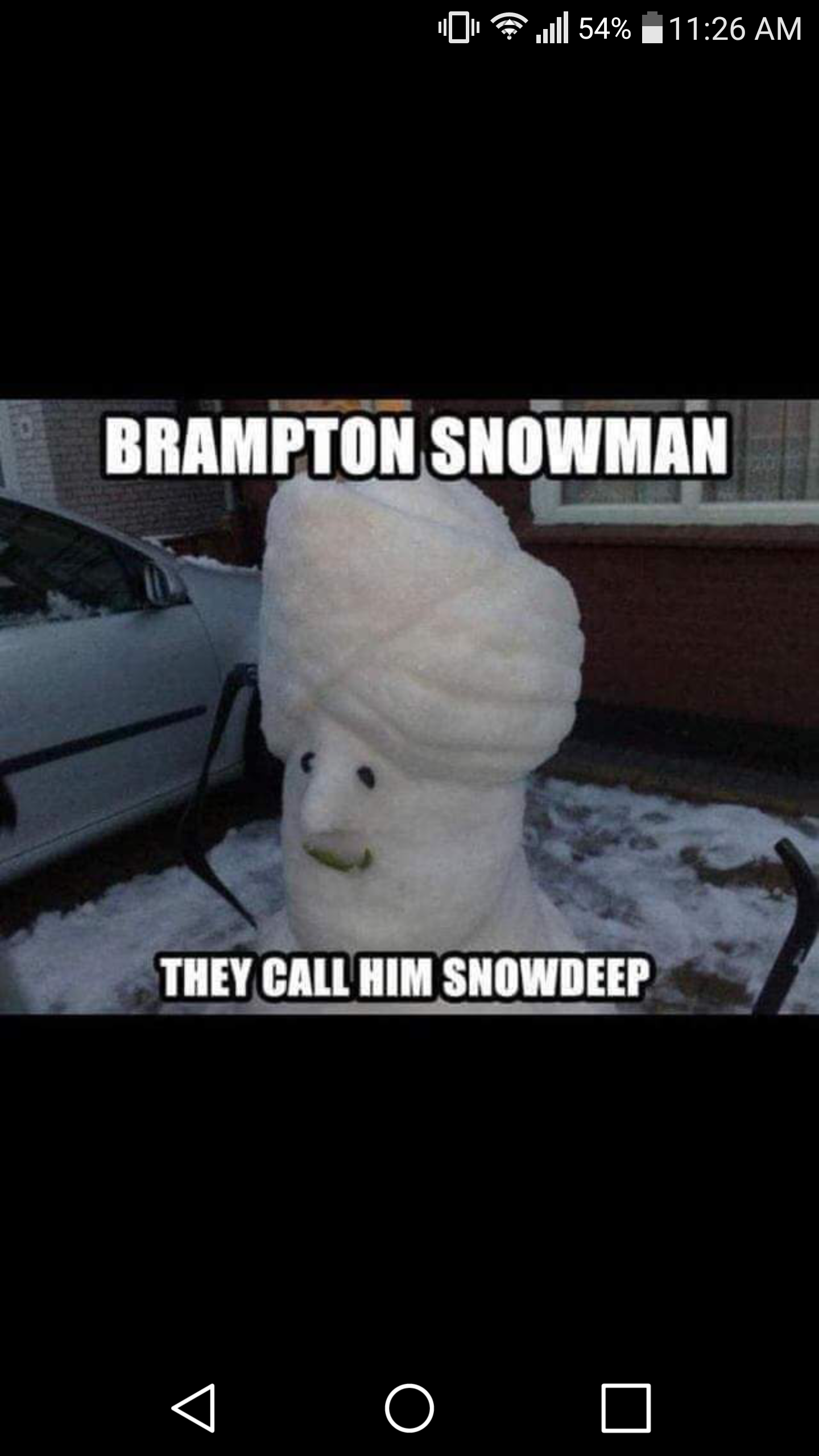 Dubbed “Snowdeep”, this cheery fellow, unlike his counterpart Desi the Snowgirl, had a turban made entirely of snow, what appears to be a carrot for a smile and what looks like a beared made of snow as well.

Never let it be said that winters in Brampton is boring to say the least!