With "Solidarity Forever" playing from a loud speaker set up in a pickup truck amidst a cold but sunny morning, some 150 truck drivers who transport cargo for one of the largest railway companies in Canada demanded, simply, to be treated with respect.

Members of Unifor's Local 4003 organized an information picket on Wednesday November 21 near the Brampton CN Rail at Devon Road outlining the problems with their working conditions.

The one major issue that stands out is the state of the "bathrooms" drivers say they were forced to use, which were only porta potties. Drivers say the portable washrooms they are expected to use have no running water or heat and they are not emptied or cleaned regularly. 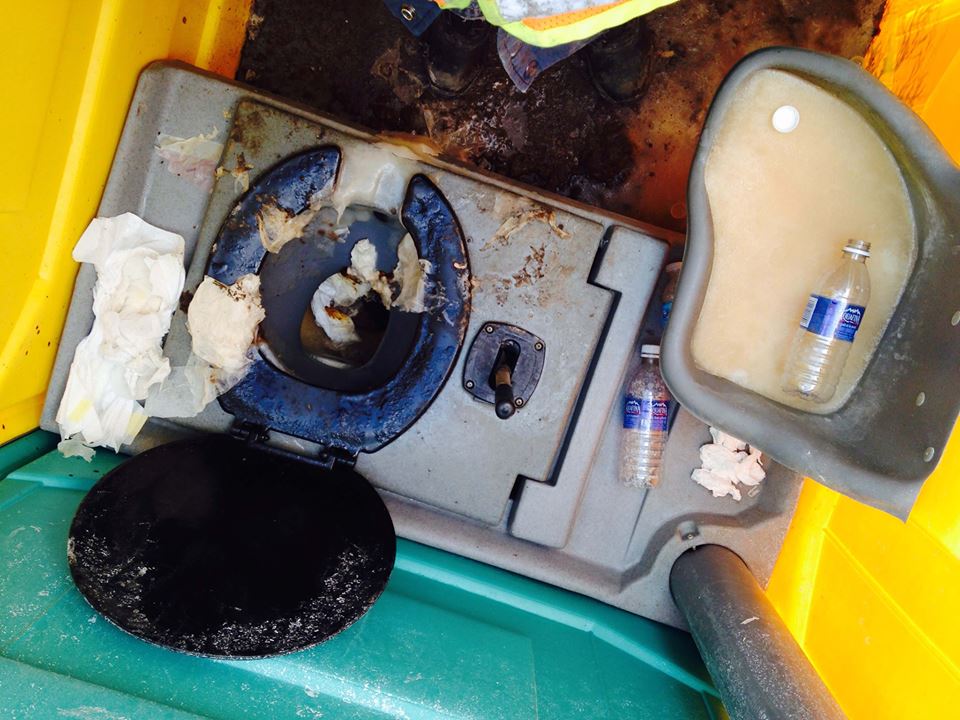 Unifor says that the drivers have been picketing since October 24 requesting a meeting with CN Rail to deal with this situation, and according to their spokesperson they have not heard back from them, hoping the media would highlight enough attention to get CN to a meeting.

"Other railyard employees and managers have access to proper indoor washrooms," said Kirandeep Gill, Local Chairperson who has worked for CNTL for 24 years in Brampton. "But the porta potties that we drivers must use are disgusting and unsafe, this has to stop".

"The yard is congested and these drivers can be waiting to load for two hours and it is inhumane not to have access to proper washroom facilities," said Wesley Gajda, Unifor Council 4000 Regional Representative.

The drivers marched down the street carrying signs with a number of demands. 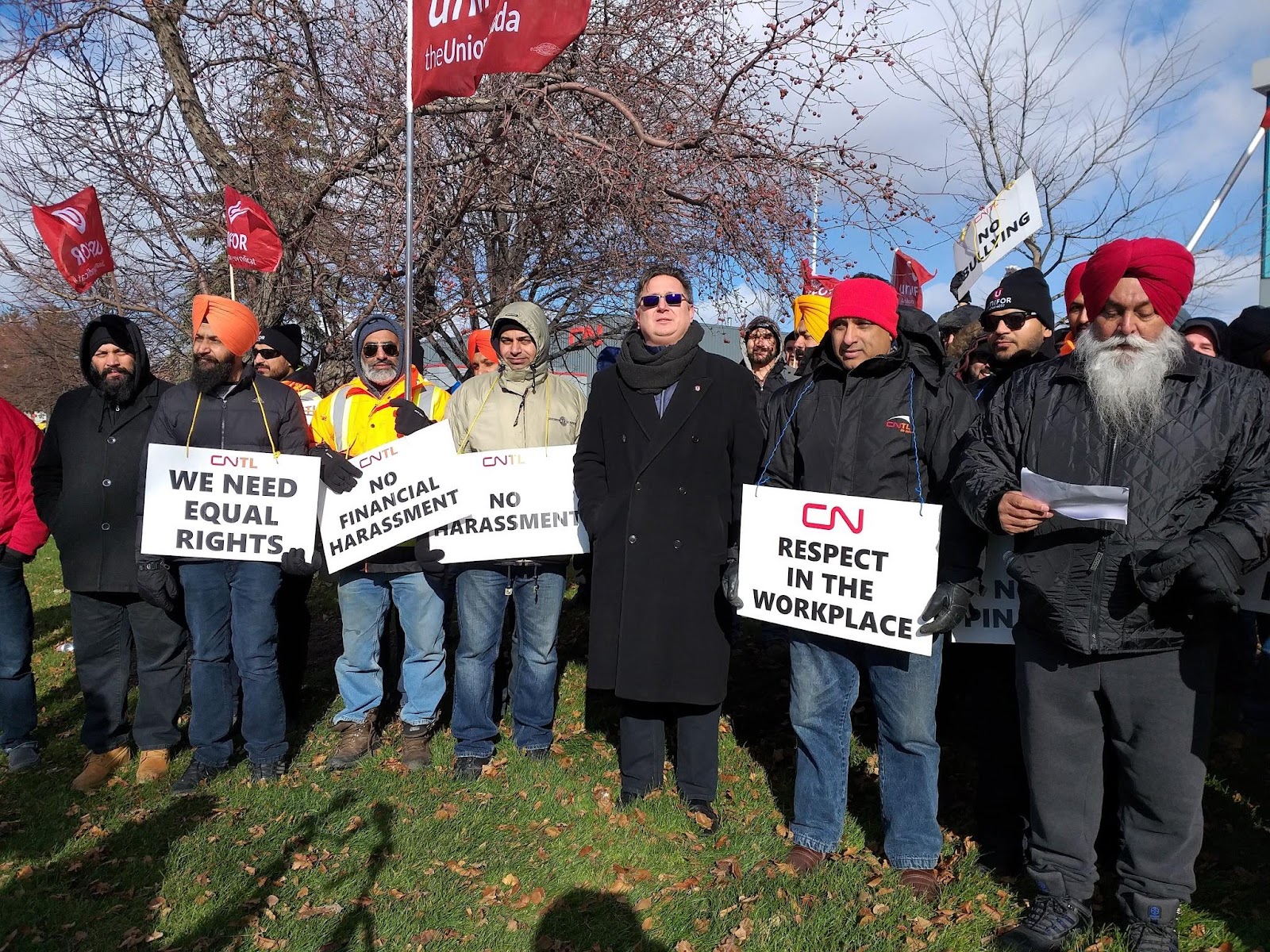 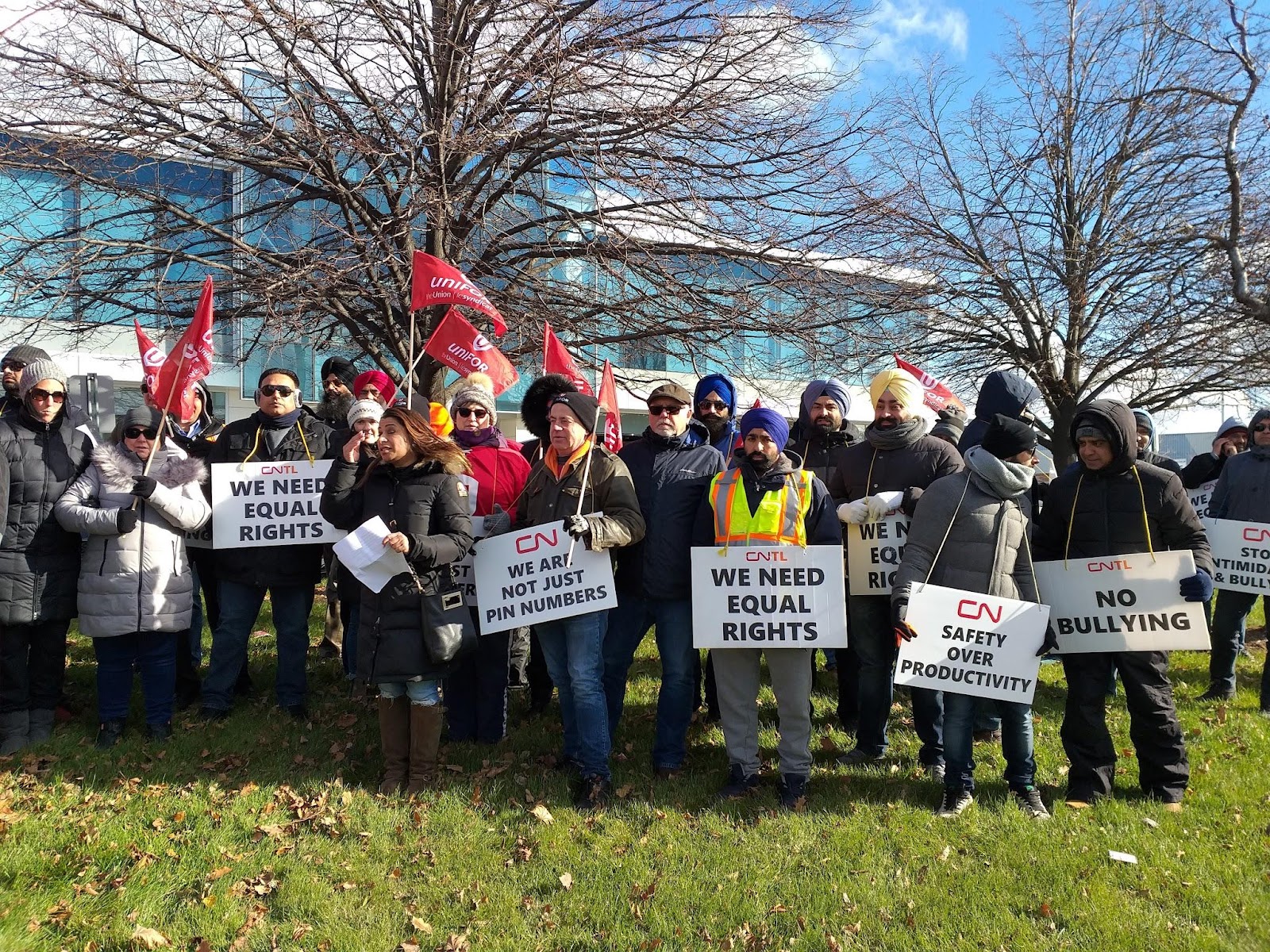 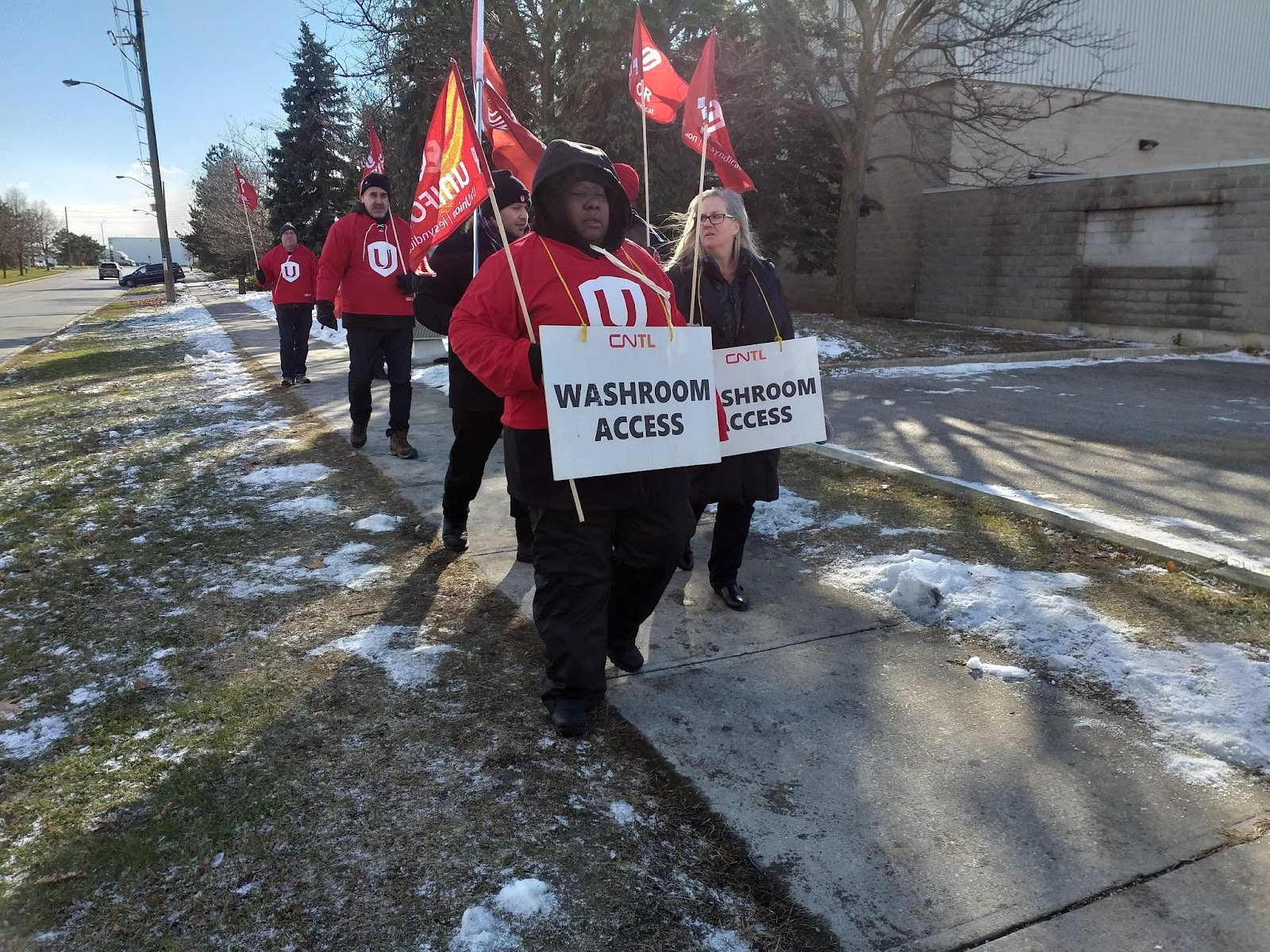 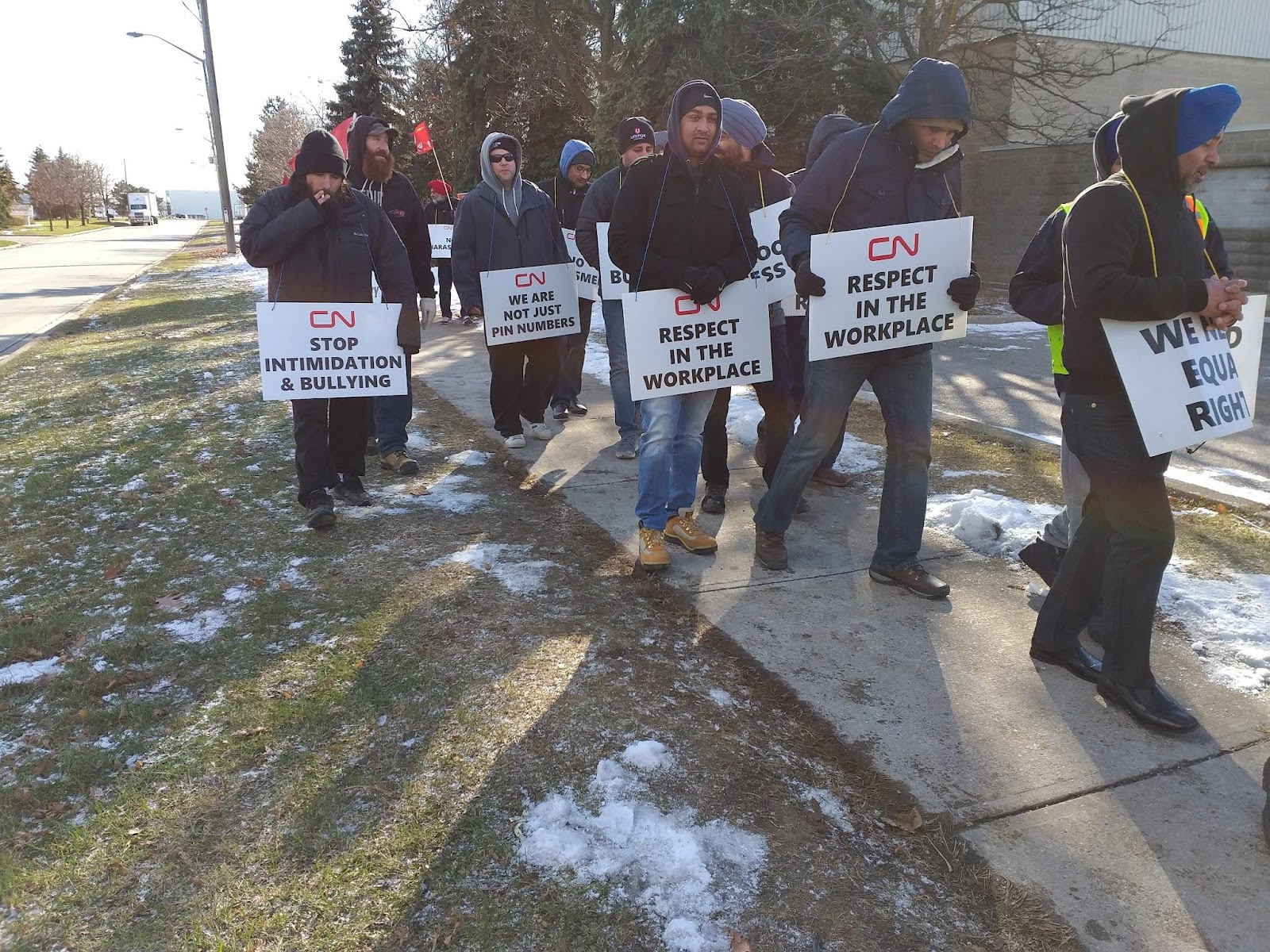 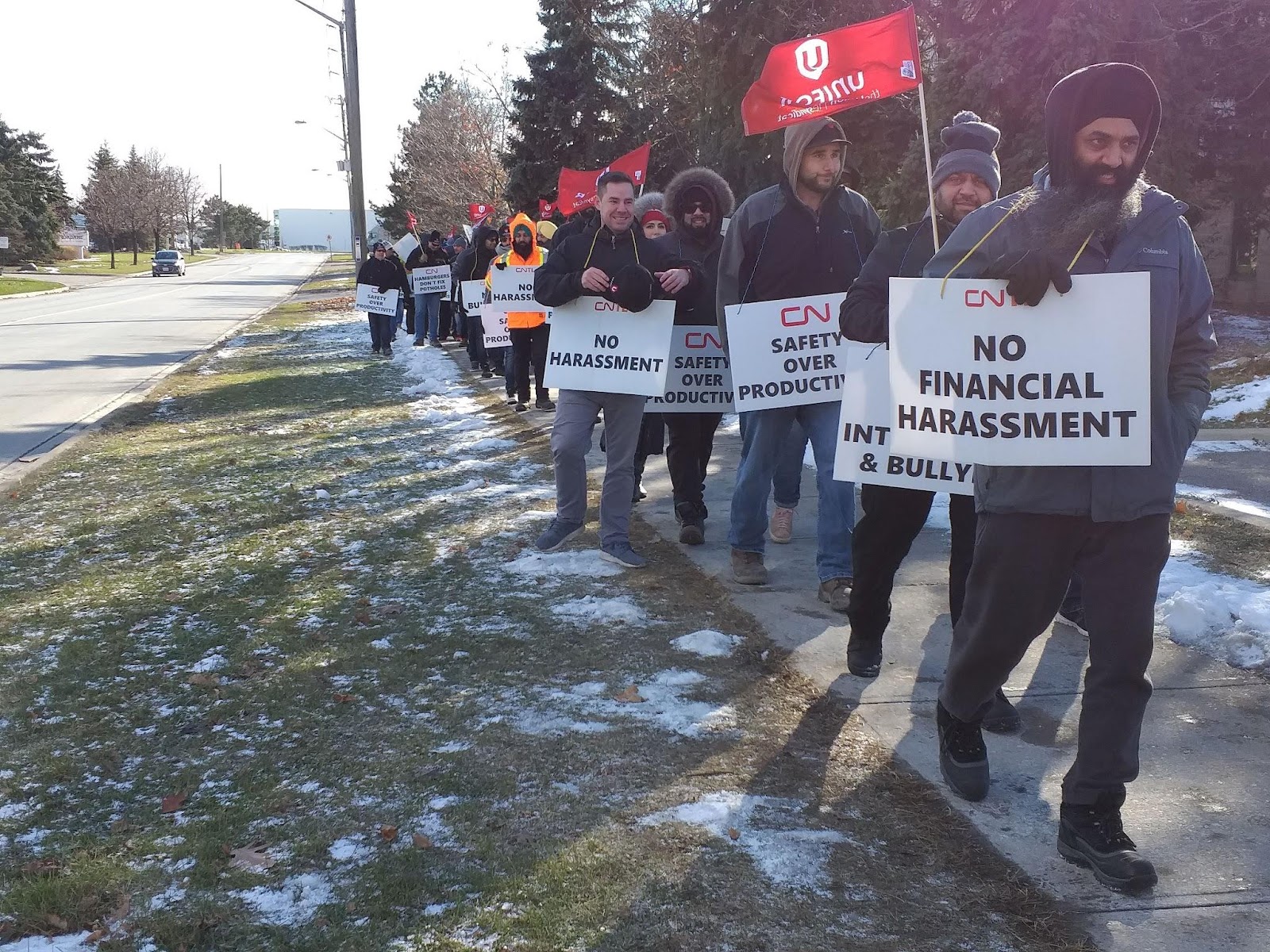 Besides the issue with the washrooms, other problems include unsafe working conditions at CN rail yards such as large potholes that were not fixed and electrical cable that were exposed to water. 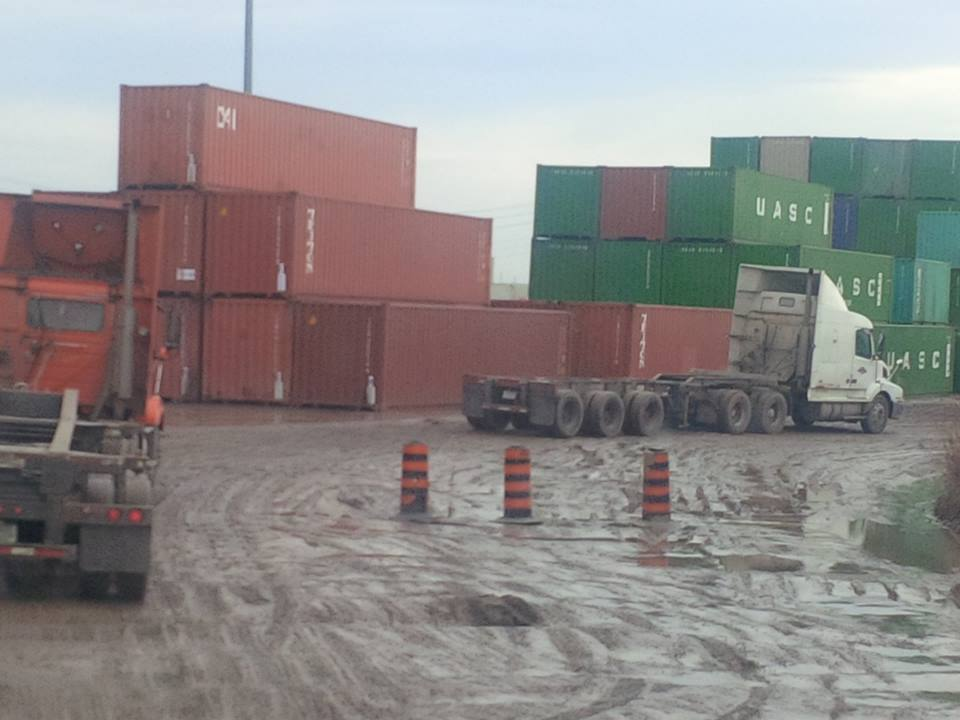 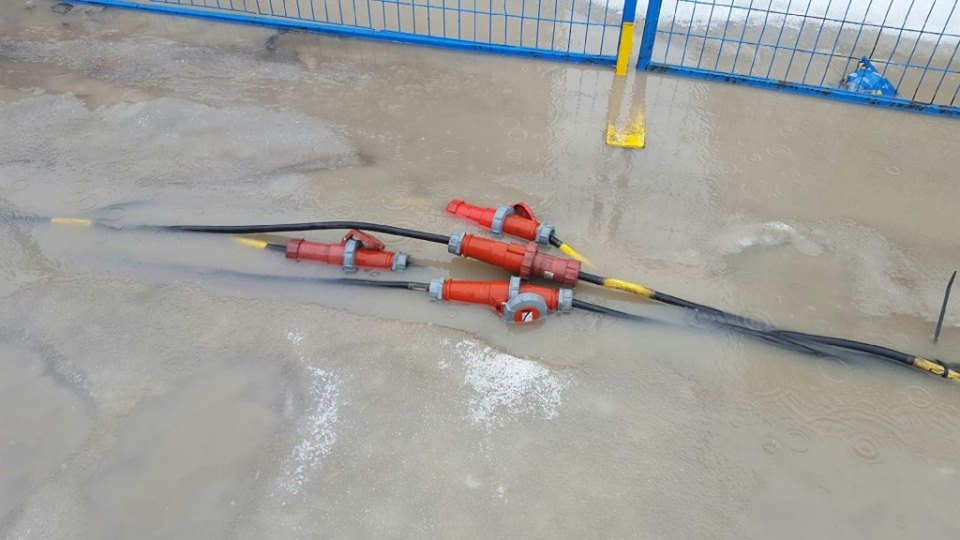 Concerns were also raised by the owner operators that their zone and mileage rates were being cut without their knowledge, affecting them financially, and the feeling that they were being bullied and harassed at the railyard.

Brampton East MPP Gurratan Singh, who represents the riding where the railyard is located, had spoken up for the owner operators previously in the legislature issued this statement: 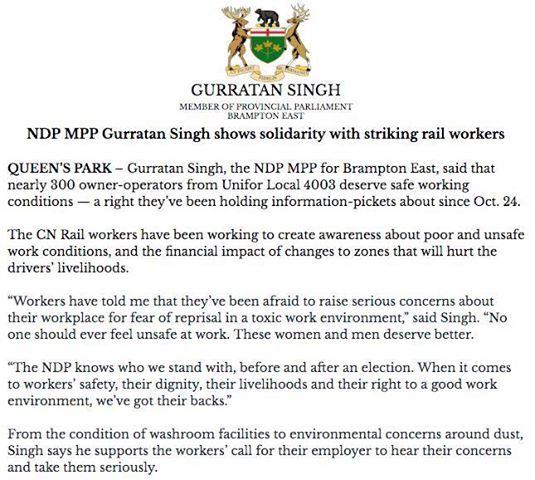 Brampton city councillor Gurpreet Dhillon sent a joint letter along with several other councillors and councillors-elect to Jean-Jacques Ruest, the President and CEO of CN Rail, hoping that CN and the drivers can come to an agreement.

The press conference from Unifor can be viewed on their Facebook page, and for more pictures from Unifor of the conditions of the CN rail yards, click here.

Do you think these CN owner operators / drivers deserve at least clean and sanitary washrooms?

Here's Everything You Need to Know About Parking this Family Day at Square One
February isn't everyone's favourite month because of the cold and snow that often accompanies it, but the shortest month of the year has a few things going for—namely Valentine's Day and Family Da
END_OF_DOCUMENT_TOKEN_TO_BE_REPLACED